You are at:Home»Entertainment»You can download the PS4 5.00 update now – here’s what you need to know 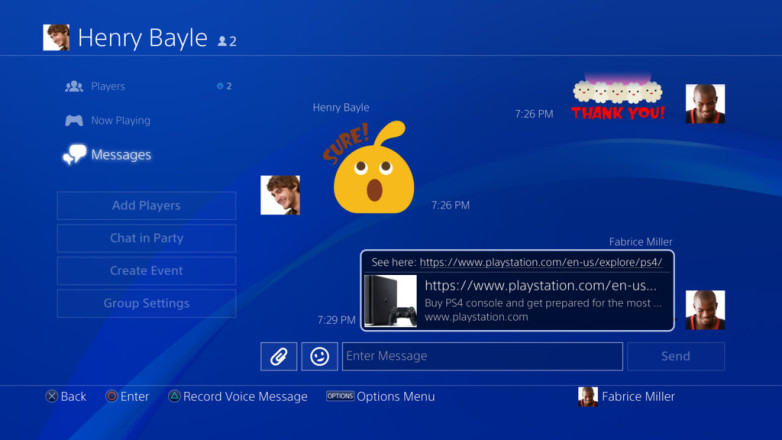 Following a month or so of beta testing, PS4 system software update 5.00 is now rolling out to the public. If your PS4 is set up for automatic downloads, you might already have the update installed, but if not, just power on your PS4 and you should receive a notification. Weighing in at just 375 MB, it shouldn’t very take long to download.

Once you’ve installed the update, you’ll probably want to check out what all has changed. We’ve covered some of the modifications and improvements in a previous article, but we’ll focus on all of the big changes below.

One of the most significant additions in the 5.00 update is “Family on PlayStation Network,” which is a new system that makes it easier for parents to set up separate accounts for their children. Multiple adults can be part of the same family, and the Family Manager has the ability to promote other adults and customize parental control levels.

In 5.00, Sony is replacing the Favorite Groups tab with a Custom Lists tab. This feature will give PS4 users the ability to create and edit custom lists of friends. If you have a specific group that you always raid with in Destiny 2, you can put them in their own list and easily send them all an invite without having to sort through your entire friends list.

Another major piece of the update is the further refinement of the Quick Menu, which now keeps track of downloads and installations, allows you to see party invite or leave a party and will automatically pull up the system clock.

Some of the key features that Sony unveiled today include Team Tournaments, in which teams will compete for prizes in games such as Uncharted 4: A Thief’s End and World of Tanks; the ability to follow anyone, even if they don’t have a verified account; and messages with a link to a website will now feature a preview of the link (like in your mobile text chats). A healthy mix of big additions and small revisions.

You can read the full list of patch note for PS4 system software update 5.00 below: