You are at:Home»U.S»Why Are Animals Going to Church? Christians Celebrate Francis of Assisi, the Pope’s Favorite Saint

Worshippers attending churches across the United States in the past few days may have been confronted by an unusually large number of animals among the congregation.

That’s because pastors and priests have been inviting people to bring their pets to church for an annual ceremony known as the Blessing of the Animals.

The service is held on or around October 4, which is observed by many churches as the feast of St. Francis of Assisi, the patron of Pope Francis and an exemplar held up by ecological movements within Christian traditions.

The Massachusetts State Police shared pictures of their service held on Tuesday, which saw police horses and dogs receive blessings that included sprinkling with holy water followed by snacks of carrots and dog biscuits.

Similar services were held around the country, at which animals of all shapes and sizes were blessed for the love and companionship they offer to their human owners.

Dogs, cats, birds, a rabbit, even a python attended the annual Blessing of the Animals at the Minneapolis Basilica. https://t.co/kOP1MwhEhC pic.twitter.com/Hcbi4YwpAw

At St. John the Divine Cathedral in New York—which is renowned for its celebration of the feast and has previously hosted an elephant—animals on display included a pony, sheep and swans.

What an amazing day! Thanks to all for a wonderful #StFrancisDay! pic.twitter.com/x5RGQ4jo29

Francis was a 12th century Italian Roman Catholic friar and one of the most popular saints in the church. According to tradition, Francis abandoned a life of wealth and patronage and founded the several religious orders, which were focused upon tending to the poor.

Francis is widely acknowledged as the patron saint of animals, and various legends attest to his love for nature and the environment. The friar is said to have preached to a group of birds without one flying away and to have stopped a wolf from attacking the Italian town of Gubbio by making the sign of the cross and commanding it not to hurt anyone. 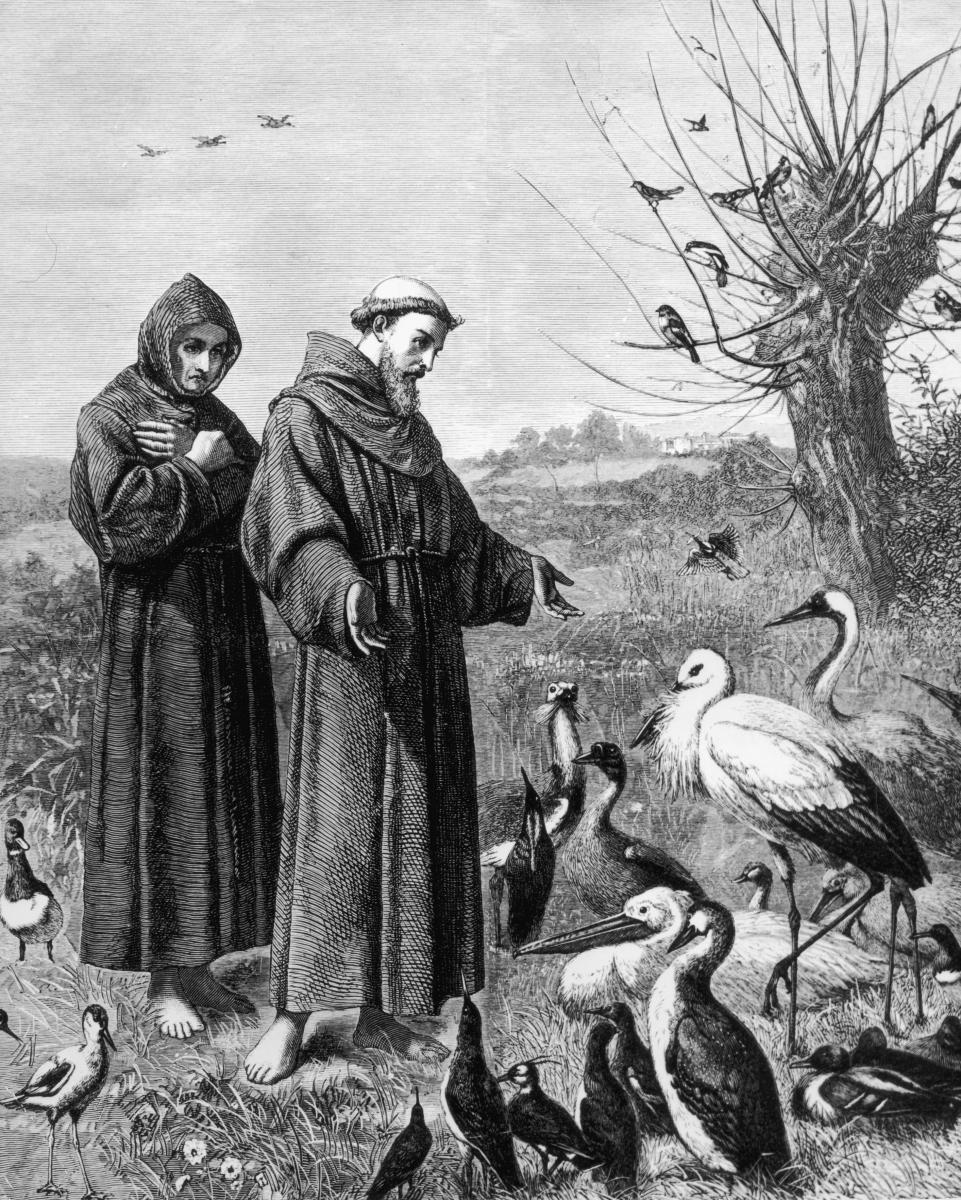 Read more: How do you become a saint? Pope Francis just opened a new way

The current pope is the first in history to take the name Francis upon his election to the highest office in the Roman Catholic Church. Pope Francis said he had been inspired by Francis of Assisi’s role as “the man of the poor.”

Ecology and the need to care for the environment and nature has been a prominent theme of Francis’ time in office since he became pope in 2013. The pope published an encyclical—the highest level document he can issue—in 2015 entitled Laudato si’, which means “Praise be to you.” The title is taken from a 13th-century hymn composed by Francis of Assisi, in which the saint sings the virtues of various aspects of nature and thanks God for creating it.

In the encyclical, Pope Francis described manmade climate change as a “scientific reality” and said that reducing global warming was a “moral and religious imperative for humanity.” The pope gave a copy of the encyclical to President Donald Trump —who has previously expressed skepticism about climate change—when the U.S. leader visited the Vatican in May.