You are at:Home»Sports»Where Will the Class of 2018’s Top 10 Uncommitted Prospects Land? 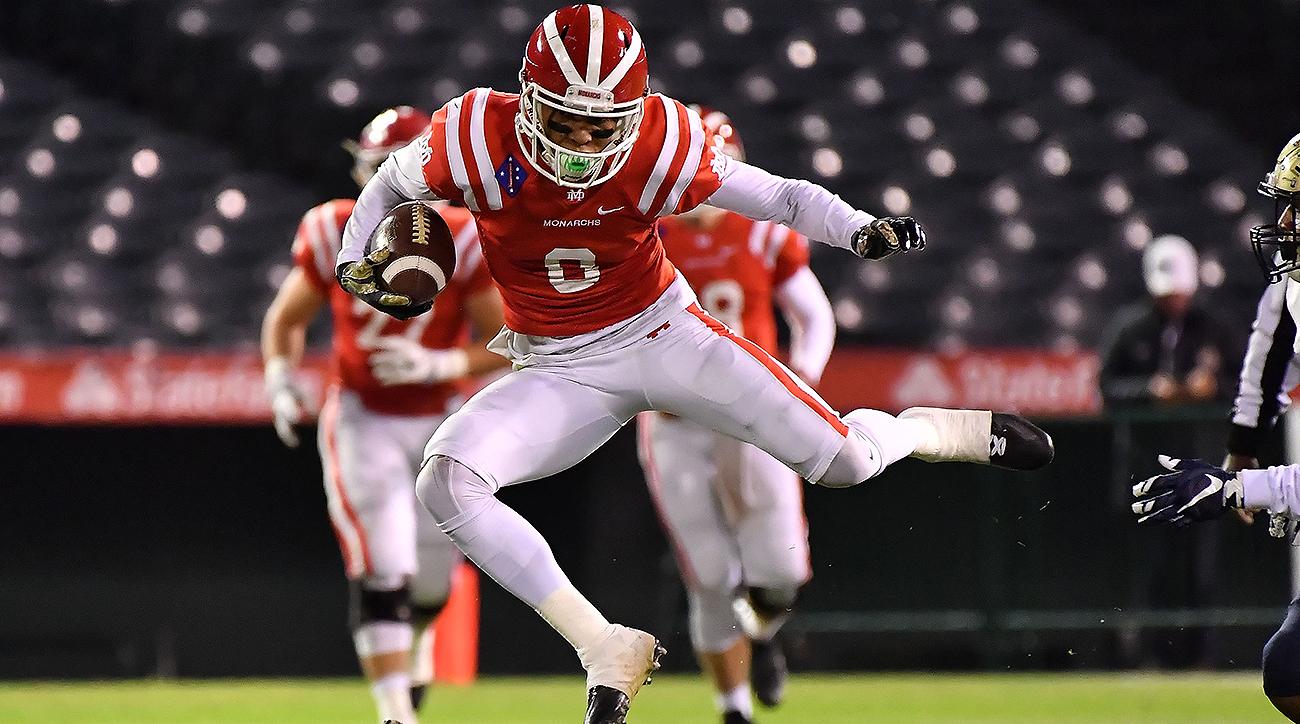 The 2018 recruiting cycle isn’t in its final stretch yet, but it’s getting close. In three months, high school seniors will be able to officially join their programs of choice by inking National Letters of Intent in the early signing period, which runs from Dec. 20 to 22. That 72-hour window will be followed by the standard National Signing Day on the first Wednesday of February, which is Feb. 7 next year.

Although many of the nation’s most highly regarded 2018 prospects have already announced which schools they’ll attend, others have pushed their decisions back into the fall. Here’s a quick update on the 10 highest-ranked recruits in the class, according to the 247Sports Composite:

Two other elite quarterback prospects from the Peach State in the class of 2018 have already issued verbal commitments to programs: Heard County High four-star Emory Jones to Ohio State and Cartersville High five-star Trevor Lawrence to Clemson. Neither of them offer as much upside as Fields, a Cam Newton carbon copy who promises to roast Power 5 defenses with his arm and legs. Fields ultimately could opt to stay local and play for Georgia, but to sign him, the Bulldogs will have to fend off a group of other programs from the southeast, including Florida State, Auburn and LSU. Georgia added blue-chip QB prospects as part of its ’17 (Jake Fromm) and ’16 (Jacob Eason) classes.

Surtain’s father of the same name is a three-time Pro Bowl defensive back who currently serves as the head coach of South Florida power American Heritage High. The younger Surtain plays for the Patriots, but there’s a good chance he’ll leave the state when he moves on to the next level. Surtain named LSU his leader last summer and released a list of six schools in August including the Tigers. The five others: Alabama, Clemson, Florida, Florida State and Ohio State. Yet Surtain doesn’t seem to have eliminated the possibility of spurning LSU for another program. He reportedly visited Florida for its thrilling 26–20 win over Tennessee on Saturday.

Like Fields, Parsons rescinded his commitment to Penn State this spring. The two cases differ in that the Nittany Lions stand a realistic chance of getting Parsons back on board. Ohio State and Nebraska are the programs with the best shot to lure Parsons away from the East Coast, but Parsons put himself at the center of a controversy earlier this month when he indicated on Twitter that he favored Ohio State playing redshirt freshman Dwayne Haskins at quarterback instead of veteran J.T. Barrett. Parsons walked back his support for a QB change the next morning, but one report said current Ohio State players were “pissed” over the comment.

Ideally, Georgia would reel in Fields to battle Fromm and Eason for playing time as early as next season, and then the Bulldogs would nab Salyer to shore up Fields’s protection. Rivals.com reported this week that Salyer listed Georgia and Clemson as his top two and that he plans to reveal his decision on Dec. 20, the first day of the early signing period. The Bulldogs already have earned pledges from North Gwinnett (Ga.) High four-star offensive guard Warren Ericson and Bishop McGuinness Catholic (Okla.) High three-star offensive tackle Owen Condon in their 2018 class, while the Tigers count zero verbals from offensive linemen in their 2018 haul.

While other prospects are using their final high school seasons to cement spots near the top of the rankings, Marshall, the state of Louisiana’s top prospect, will spend at least six weeks recovering from a reported fibula fracture and ankle dislocation suffered in a game earlier this month. Assuming the rehab goes well, Marshall will remain among the most coveted perimeter playmakers in this class. LSU’s sluggish offensive start to the season might give Marshall some pause, but the Tigers have home field advantage and a bayou-bred head coach, Ed Orgeron, renowned for his recruiting prowess. Marshall’s latest top five: Alabama, Florida State, LSU, Texas, Texas A&M.

The Carman recruitment can be boiled down to a simple question: Will he leave home? On the surface, getting Carman in the fold may seem like a layup for an Ohio State program that has solidified itself as an annual College Football Playoff contender under head coach Urban Meyer and has produced 19 NFL draft picks over the last two years. Yet not only has Carman held off on pledging to the Buckeyes, he got caught up in the same Twitter beef as Parsons over the program’s quarterback depth chart earlier this month. Carman actually went a step further than Parsons in offering a riposte to former Ohio State QB and ESPN analyst Kirk Herbstreit’s counsel to recruits about the situation.

Texas has really cleaned up in the Longhorn State during this cycle, earning verbal commitments from six of the state’s 10 mostly highly regarded prospects, including Nos. 2–5 (five-star safety B.J. Foster, four-star safety Caden Sterns, four-star wide receiver Brennan Eagles and four-star cornerback Jalen Green). Tom Herman ultimately may not be able to keep the state’s top overall recruit, Cook, from signing with Ohio State, the program Herman used as a launching pad to his stint at Houston’s head coach. Cook reportedly visited Columbus earlier this month and plans to announce his decision in late October. In July, he put out a top three list comprising the Longhorns, LSU and Ohio State.

The last thing any of Clemson’s future opponents want right now is for the Tigers to bring in another stud defensive lineman. Here’s some bad news: Henry considers the Tigers one of his final five schools, and he reportedly took in their 11-sack rampage in a 14–6 win over Auburn on Sept. 9 in Death Valley. The other four schools in contention for Henry are Alabama, Georgia, South Carolina and Virginia Tech. Superlative defensive line play has been a hallmark of Nick Saban’s best Crimson Tide teams, but it will be difficult for Alabama, or any of the other programs still in the running for Henry, to make a stronger sales pitch with their trench play this season than Clemson.

Oregon is coming off a four-win season and in the first year of a new coaching regime, with Willie Taggart taking over for Mark Helfrich, but the Ducks have compiled a 2018 recruiting class most programs in the country would envy, checking in at No. 5 with 22 commits as of Thursday. Williams could be the next gem in Taggart’s first complete haul in Eugene. After reportedly visiting campus this summer, Williams said the Ducks were his top school. Unless that stance changes before signing day, Williams will be the second prospect designated as a wide receiver and rated in the top 140 of the 247Sports Composite to choose Oregon, along with Armwood (Fla.) High four-star Warren Thompson.