Federal Reserve Vice Chairman Stanley Fischer will resign in mid-October — months before his term was due to expire, and giving the Trump administration scope to start reshaping the leadership of the US central bank. 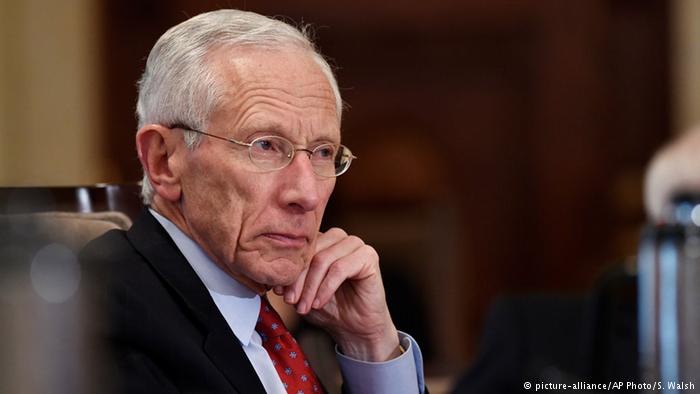 Stanley Fischer was appointed to the US Fed by President Barack Obama to a term as vice chair that would have expired in June 2018. In a resignation letter to US President Donald Trump on Wednesday, he cited “personal reasons” for leaving on or around Oct. 13.

“During my time on the Board, the economy has continued to strengthen, providing millions of additional jobs for working Americans,” Fischer wrote in the letter. “We have built upon earlier steps to make the financial system stronger and more resilient.”

Fischer has been a close ally of Chairwoman Janet Yellen. He pushed for a gradual phase-out of the central bank’s post-financial crisis stimulus, advocating raising short-term interest rates after holding them near zero for many years.

Janet Yellen said in a statement that Fischer represented the Fed “with distinction and led our efforts to foster financial stability.”

“I’m personally grateful for his friendship and his service. We will miss his wise counsel, good humor, and dry wit,” she added.

His departure will remove an influential voice at a time when the central bank appears divided on the need to hike interest rates for a third time this year despite sluggish inflation hovering below the central bank’s target rate. Fed policymakers are also expected to announce a timetable to start shrinking a $4.5-trillion balance sheet when they meet Sept. 19-20.

Fischer’s departure not only comes at a time of policy uncertainty at the Fed, but also adds another vacancy that the Trump administration has to fill.

After Fischer’s resignation, four of the seven seats on the board of governors are vacant. Trump has nominated Randal Quarles, a senior Treasury official under President George W. Bush, to be a governor and head up the Fed’s regulatory efforts. Quarles’ nomination is still pending before the Senate.

In addition, Janet Yellen’s term as chair expires in February, and President Trump has made it clear he may not reappoint her. Trump’s economic policy director, Gary Cohn, is said to be running for the Fed job.

Stanley Fischer came to the Fed in 2014. He is a former vice chairman of Citigroup, the former first deputy managing director of the International Monetary Fund, and the former chief economist of the World Bank.

He also served as governor of the Bank of Israel from 2005 to 2013. For more than 20 years, he was a professor at the Massachusetts Institute of Technology, where he influenced generations of economists, from former Fed Chairman Ben Bernanke to European Central Bank chief Mario Draghi.