You are at:Home»Science»Unique study tests fundamental laws of physics 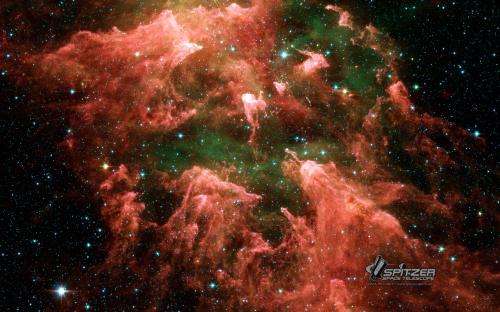 The research probes whether the fundamental laws of physics are the same everywhere in the universe. In their new study, the Leicester-led team assesses whether these laws are the same within the hot, dense conditions in the atmosphere of a dying white dwarf star as here on Earth.

These stars have masses around half that of the Sun compressed into a radius similar to that of the Earth, leading to extreme gravity within the atmosphere of the star.

Postdoctoral researcher Matthew Bainbridge is the lead author of the early-stage study titled “Probing the Gravitational Dependence of the Fine-Structure Constant from Observations of White Dwarf Stars.”

The study involved Matthew Bainbridge, Martin Barstow and Nicole Reindl from Leicester along with colleagues from the U.S., France, The Netherlands, Australia and collaborators in the U.K..

The researchers use the light of white dwarf stars observed with the Hubble Space Telescope. Dr Nicole Reindl, leading the observations, says: “These particular stars contain metals, such as Iron and Nickel, floating within the surface layers of their atmospheres. The light generated within the depths of the star passes through the heavy metals, leaving behind a “fingerprint” in the stars’ light that we can study.”

“Studying these fingerprints in detail requires very precise measurements of the wavelength, or colour, of the light emerging from the atmospheres of these stars” says Dr Matthew Bainbridge, who has been working on the detailed analysis techniques needed to detect the tiny changes expected. “The project is ongoing, but we have established a sophisticated new method and have demonstrated how successful it is on nine stars.”

This is a unique study that brings together our expertise and that of world leaders in a variety of fields including observational astronomy, cosmology, experimental atomic physics and high energy theoretical physics. Cosmology studies the origin and evolution of the universe and, since the birth of science, has inspired fundamental shifts in our understanding of our place in the Universe.

Project leader Professor Martin Barstow adds: “This new work will test our understanding of how the Universe works, particularly outside the relatively narrow confines of our planet. We anticipate that our results will challenge current theoretical ideas in cosmology.”