You are at:Home»Top Stories»Trump: Tillerson ‘wasting his time’ trying to negotiate with North Korea 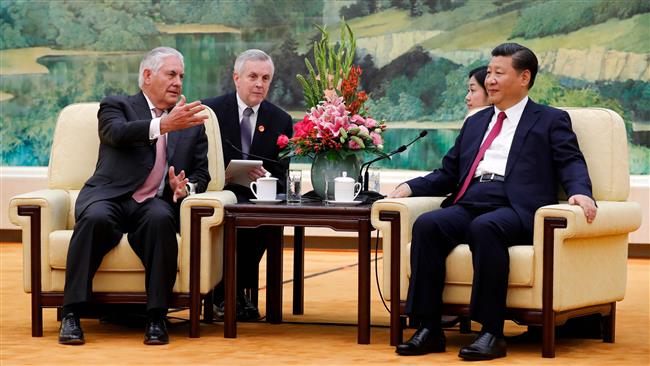 US President Donald Trump has suggested that direct communications with North Korea will not resolve the nuclear standoff with Pyongyang, saying that Secretary of State Rex Tillerson is “wasting his time” by trying to negotiate with North Korean leader Kim Jong-un.

Trump’s comments on Sunday appeared to undercut Tillerson’s diplomatic efforts despite the escalating tensions between Washington and Pyongyang.

“I told Rex Tillerson, our wonderful Secretary of State, that he is wasting his time trying to negotiate with Little Rocket Man,” he tweeted. “Save your energy Rex, we’ll do what has to be done!”

Trump’s remarks came one day after Tillerson announced that the Trump administration has opened “lines of communication” with the North Korean government and has sought potential discussions about its missile and nuclear tests.

“We have lines of communication with Pyongyang. We’re not in a dark situation, a blackout, we have a couple, three channels open to Pyongyang,” the top US diplomat told reporters after he held talks with Chinese officials in Beijing on Saturday.

Tillerson said the US State Department is “probing” through direct channels with Pyongyang whether Kim would be open to talks and under what conditions. “We ask, Would you like to talk?”

Tillerson was in China to meet President Xi Jinping in order to make preparations for Trump’s state visit to Beijing in November. 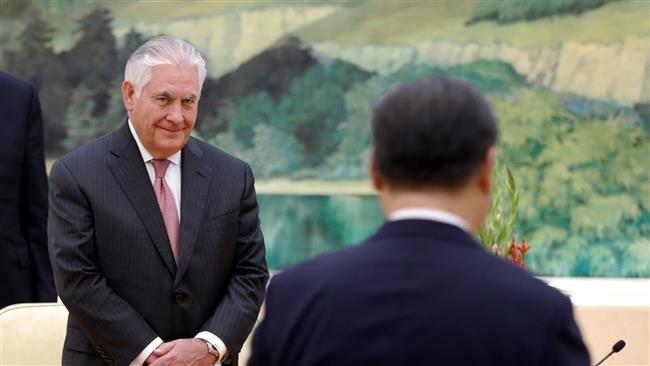 Trump has taken an increasingly hostile stance toward Pyongyang over its nuclear weapons and ballistic missile tests. In a speech to the UN General Assembly two weeks ago, the US president threatened to “totally destroy” North Korea if necessary.

In return, Kim called Trump a “mentally deranged dotard” and threatened to “tame him with fire.”

Meanwhile, North Korea has continued testing missiles and is threatening to test a hydrogen bomb in the Pacific Ocean and to shoot down US military aircraft flying near its airspace.

Analysts say Trump’s threats against North Korea are counterproductive and justify Pyongyang’s nuclear weapons and missile programs that it insists are for self-defense. They say the threats could have an opposite effect, intensifying the deteriorating situation in the Korean peninsula.