You are at:Home»Science»To understand the end of the world: Sept. 23

If you’re going out of town this weekend, be sure to pack for the apocalypse. 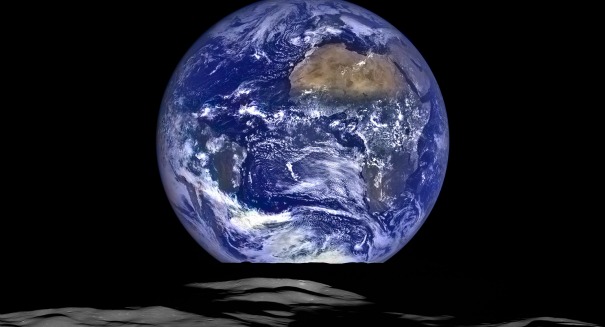 According to David Meade, a research scientist and Christian conspiracy theorist, Planet X—a red dwarf star the size of 3.34 Jupiters—is currently hurtling towards the sun. Meade posits that a Planet X solar collision will lead to seven years of massive disruption on Earth, and (bonus!) will immediately precede the rapture. And it all kicks off on Saturday, Sept. 23.

In Planet X – The 2017 Arrival, published last year, Meade outlines this theory in detail, starting with the fact that he has seen Planet X, using “the Wide-field infrared Survey Explorer (WISE) through WorldWide Telescope… a NASA infrared-wavelength astronomical space telescope, launched in December 2009.” WorldWide Telescope is a Windows program—hence Meade’s operating-system guidance—though there’s also an HTML5 web application for any anxious Apple users. “On Microsoft Worldwide Telescope, go to the constellation Pisces and switch view mode to WISE,” Meade advises in his intro. “You cannot miss it.”

Meade has written several books on Planet X, as well as The Prepper’s Guide to Surviving EMP Attacks, Solar Flares and Grid Failures, a book about fraud, an info book about how to write info books, and a book about what a hot real estate market the Florida Keys are (which is ironic, since he doesn’t think the Keys will survive the next few months). But he says that The 2017 Arrival “dwarfs” those other books in terms of importance.

So naturally, I read it. Here’s what I learned.

What is Planet X?

What will it do?

According to Meade, Planet X is already having an impact: Its approach is heating up the Earth’s core. (Global warming, he writes, is just a “cover story.”) But this weekend is when things get really interesting. Here’s Meade’s summation:

Planet X’s arrival will create an event that occurs on the surface of the Sun that releases a tremendous amount of energy in the form of a solar flare or a coronal mass ejection, which is an explosive burst of very hot, electrified gas that has a mass that exceeds that of Mount Everest. The event will bring down the electrical grid, and the shelves of the grocery stores will be cleaned out inside of a day. Banks and ATMs don’t work without electric current. Gas pumps won’t be functioning. Food transportation will stop. Rioting and looting will be unrestrained. Communications satellites will be down. The 911 function on your phone isn’t going to work. For as long as it lasts, until new transformers can be built or imported, society will be in chaos. This will be the calling card of Planet X upon its near approach to our Earth and Sun.

Not many people will survive all that, especially because the rapture part—that comes later—involves, as far as I can tell, some dead people being resurrected and lots of alive people becoming dead. But geographically speaking, here’s where you should and shouldn’t be for the next few weeks:

Arizona. Per Meade, Planet X will cause the magnetic poles to shift, leading to tons of weather drama. But much of Arizona “will be unaffected with the exception of wind damage or volcanic dust,” he writes. “Arizona has withstood many a pole shift.”

Colorado. “Very safe,” according to Meade. “The domestic division of the CIA is relocating to Colorado,” he writes. “That should give you many clues right there.”

The Ozarks. This area of northern Arkansas and southern Missouri has good elevation, and ample water and farmland. Writes Meade, “They will do well.”

California. Meade says the West Coast will experience “major catastrophic changes which will combine to synergistic proportions.” He anticipates tidal waves, hurricane-force winds, earthquakes, volcanic activity, forest fires, and severe lightning storms. “Cities without mountains as a backdrop will be washed out to sea,” he writes. “Survival will be minimal.”

The Hoover Dam. Meade does not think the dam will survive the “high Richter levels of earthquake activity.”

Central and south Florida and the Florida Keys. “These parts will be devastated by a tide of water.”

(Although Planet X will affect the entire planet, Meade only goes into specific geographic detail about the US, which seems like it will bear the brunt of God’s wrath.)

When is all this happening?

Many stories about Meade’s theory have incorrectly suggested that the world will end on Saturday. Not true! Sept. 23 is only the beginning, and will be characterized by a sign in the sky.

A great sign appeared in heaven: a woman clothed with the sun, with the moon under her feet and a crown of twelve stars on her head. She was pregnant and cried out in pain as she was about to give birth. Revelations 12:1-2

According to Meade, computer-generated astronomical models indicate that this “great sign of The Woman” had never before occurred in human history, and will only occur again once: on Sept. 23. The 2017 version will also constitute a “birthing” because Jupiter will be “right in the ‘womb’ of Virgo.”

If you see the celestial woman on Saturday, get thee to Arizona or Colorado! Between one and 24 hours after she appears, Planet X will collide with the sun’s surface, and that’s when all hell breaks loose. For two to three weeks, there won’t be any electricity. Starvation and looting will be widespread. On Thursday, Oct. 5, Planet X will fully eclipse the sun and cover the whole Earth and moon in shadow. This is when the rapture starts.

As the saved ascend to heaven and the repentant get a second chance, Satan will take the form of an extremely handsome man and attempt to declare a new world order. Somewhere around the end of October, Russia and China will cause nuclear terror with a first-strike attack on the US and Britain… or maybe Russia will take advantage of a war between the US and China to attack the US? It’s unclear. Either way, we’re slated to experience seven years of “servitude and bondage” to handsome Satan before the world starts righting itself.

Who knows about this?

According to Meade, lots of people: NASA, the Department of Defense, the CIA, and “potentially every secretive government agency in the USA.” He says Planet X is the real reason the Svalbard Global Seed Vaultexists (to prepare for impact), and why the Hubble Telescope was built (to monitor the star’s approach). It’s also why the Vatican owns a Large Binocular Telescope (LBT) at its observatory in Arizona—to conduct the near-infrared observations needed to keep tabs on Planet X.

As for how Meade knows about it: The 2017 Arrival is a unique combination of alleged accounts from disaffected officials (from the Vatican, from NASA), Meade’s own assertions based on his research, and scripture. The book also includes a series of “visions” that Meade feels substantiate his theory. I’ll leave you with my favorite of these, offered up without any context on who wrote it. (Meade does provide a source link to a Christian forum, but the link is broken.) The writer is describing a series of visions he had while fasting in 2005.

I was taken to the heavens above the earth and I could see the earth in a distance not so far but clearly. Suddenly I heard a very loud sound and vibration with a very heavy zoom sound coming my way, hundreds of times louder than that of a Boeing 747 jet. I then saw a very huge rock almost the size of the moon zooming past me at a very high speed with a large tail of fire besides and behind it.

I looked where it was headed. I knew it was headed for planet earth and thought well, I hope it lands in the ocean, not many people will die. However, it seemed targeted to the ocean and the United States. I was like, Lord no!

[Meanwhile], people were having their usual life, and for some reason I saw people going to get movies at Blockbuster and they did not seem to care about what was coming. …. I was then taken back to the Blockbuster place and people saw the object and heard the band and vibrations but seemed not to care about it, and some said, ‘I will die watching a movie.’

Global coverup of massive red dwarf approaching our sun? Sure. A seven-year apocalypse overseen by a dapper CEO-like Satan? Of course. Blockbuster Video? I don’t know about all that.