You are at:Home»Science»The Folkets House is an inclusive space where refugees can learn skills and find jobs

This palm-shaped temporary pavilion recently popped up at the Enskifteshagen Park in Malmö, Sweden, as an inclusive space where refugees and longtime residents of Sweden can learn new skills, find jobs and make connections. The pavilion, named Folkets House (“People’s House), was designed for the Opportunity Space Festival in Malmö, as the winning proposal for the design competition organized by the Van Alen Institute, the City of Malmö, White Arkitekter, Skanska, Individuell Människohjälp, and Architects Sweden. 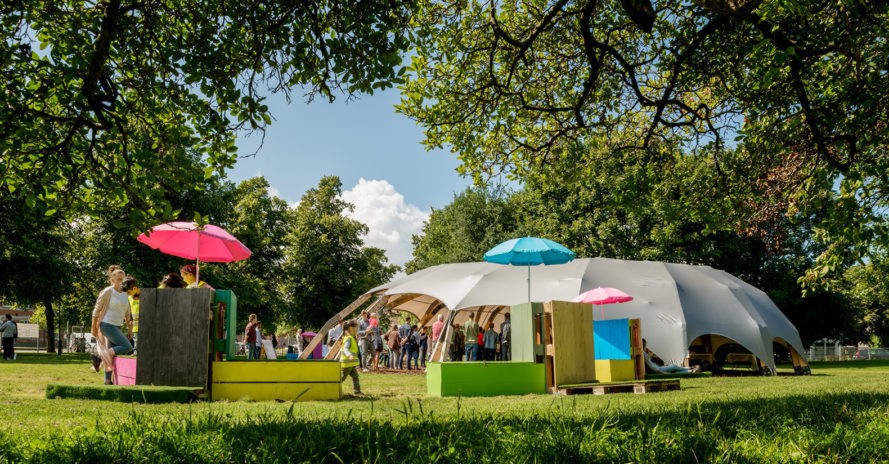 Architects and designers Rik Ekströmof ARExA, Gustav Fagerström of Walter P Moore, Milad Barosen of the Milou Group and Nathan King of the Virginia Tech School of Architecture + Design teamed up to design the structure, which was influenced by Swedish 19th-century labor union buildings. 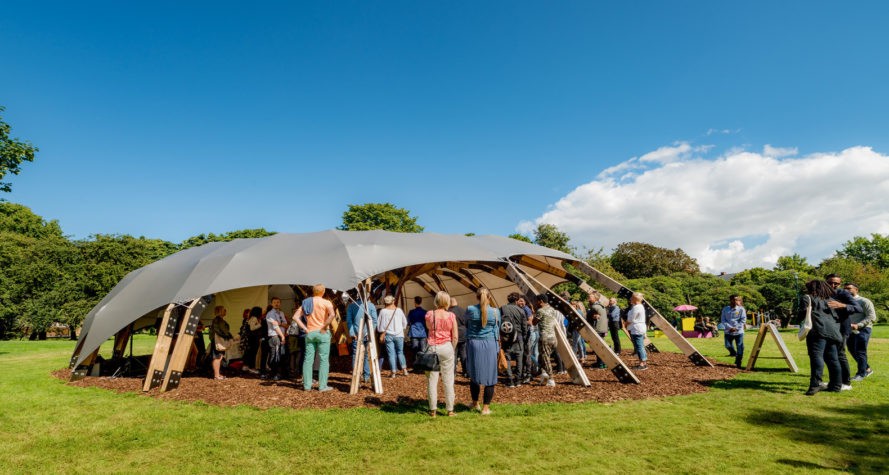 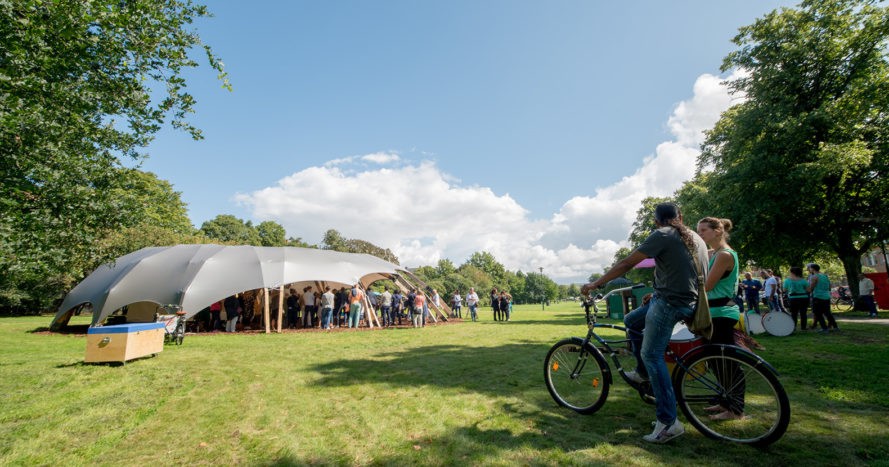 The pop-up structure is shaped by curved wooden beams that radiate from its center and shelter a large space under a thin skin. It is meant to host a range of programs, workshops, and other activities organized by Van Alen Institute. At night, the building is transformed into a beautifully lit gathering space where refugees and immigrants can mingle with locals.

“We believe that Folkets House will signal the beginning of new opportunities and inspiration for working people of all nations who come together in Malmö — Sweden’s cultural melting pot,” said Rik Ekström of the Folkets House team. 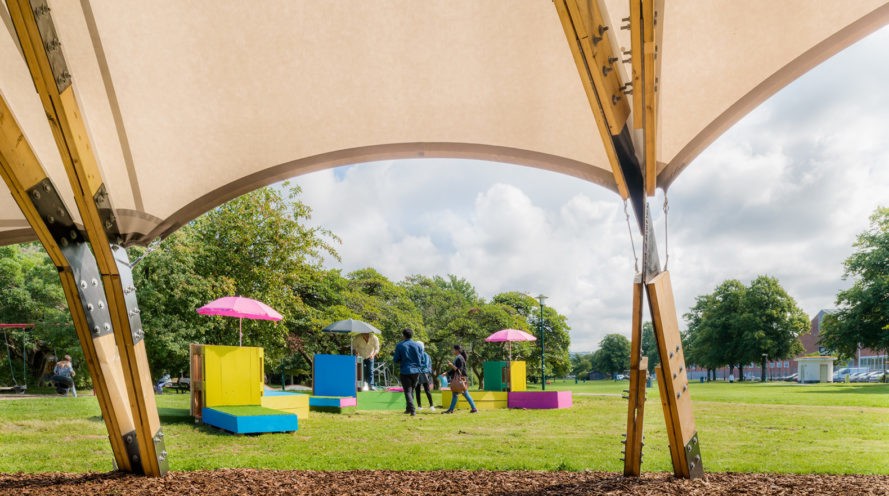 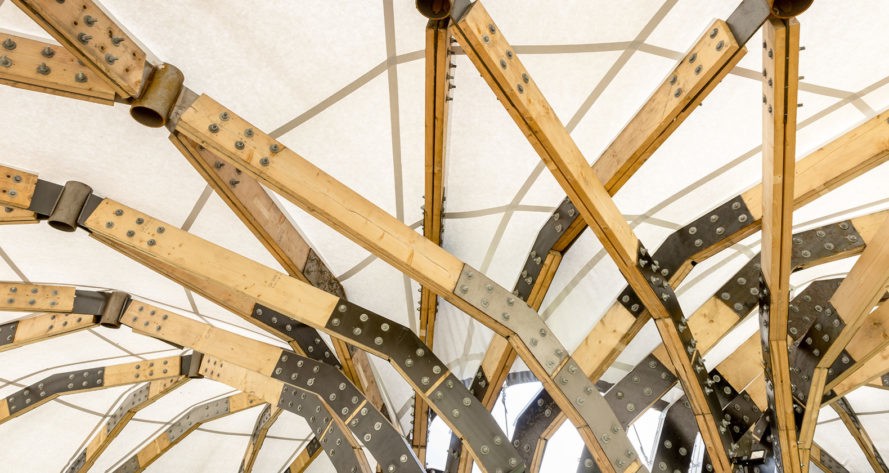 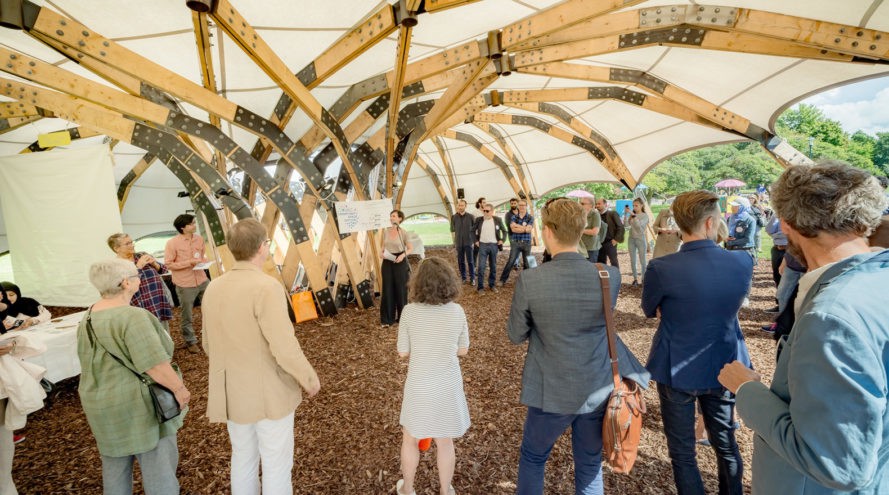