You are at:Home»Science»The entire world could be powered by one deep-sea wind farm

What if the world’s energy problems could be solved with one deep-sea wind farm? A new study, conducted by the Carnegie Institution for Science at Stanford University, California, suggests it could. Scientists determined that if a renewable energy project the size of India were to be constructed in the ocean, enough electricity could be generated to fulfill the energy needs of every nation on earth. 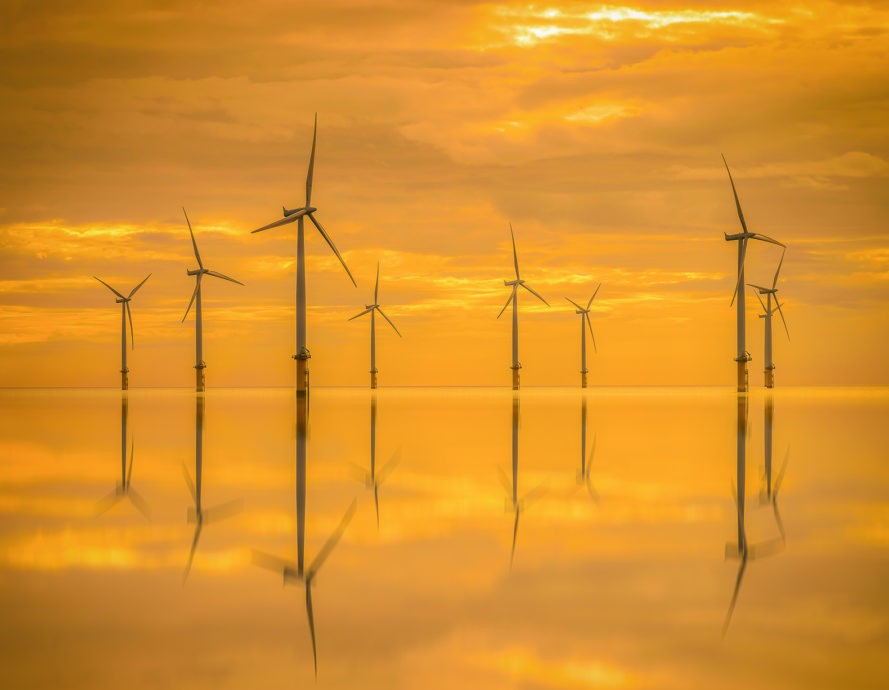 In the study, published in the Proceedings of the National Academy of Sciences, doctors Anna Possner and Ken Caldeira wrote: “On an annual mean basis, the wind power available in the North Atlantic could be sufficient to power the world.” The duo noted that wind speeds are on average 70 percent higher over the Earth’s oceans than on land. In order to generate the equivalent of all energy used today, a deep-sea wind farm would need to span three million square kilometers.

On land, the concept would never work. This is because when more wind turbines are added to a farm, the combined drag from the turning blades limits the amount of energy that can be obtained. As a result of this effect, electricity generation for large wind farms on land is limited to about 1.5 watts per square meter. In the North Atlantic, however, the limit would be much higher — more than six watts per square meter. 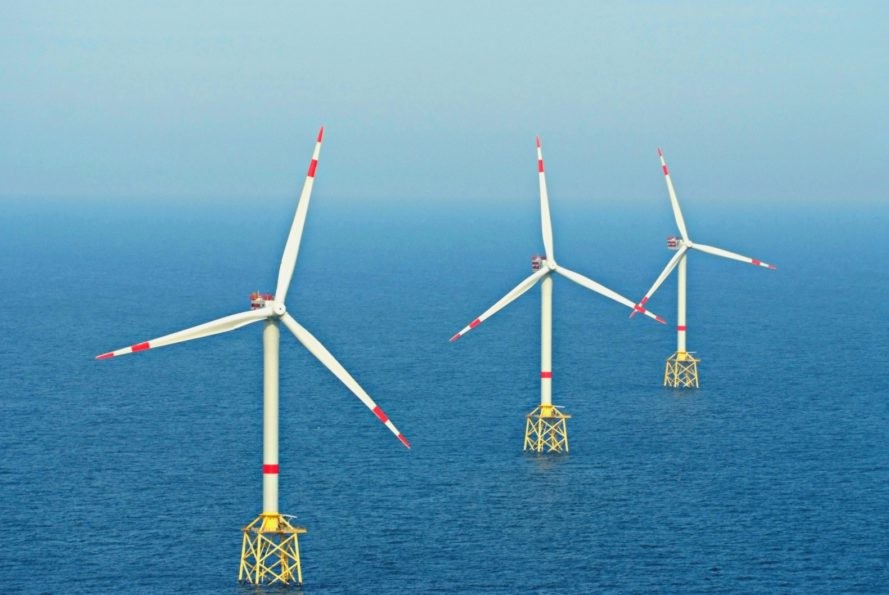 Related: The world’s biggest offshore wind farm is being built in the UK

The Independent reports that this is possible because more heat pours into the atmosphere above the North Atlantic Ocean. As a result, the problem of “turbine drag” is essentially overcome. Said Possner, “We found that giant ocean-based wind farms are able to tap into the energy of the winds throughout much of the atmosphere whereas wind farms onshore remain constrained by the near-surface wind resources.” 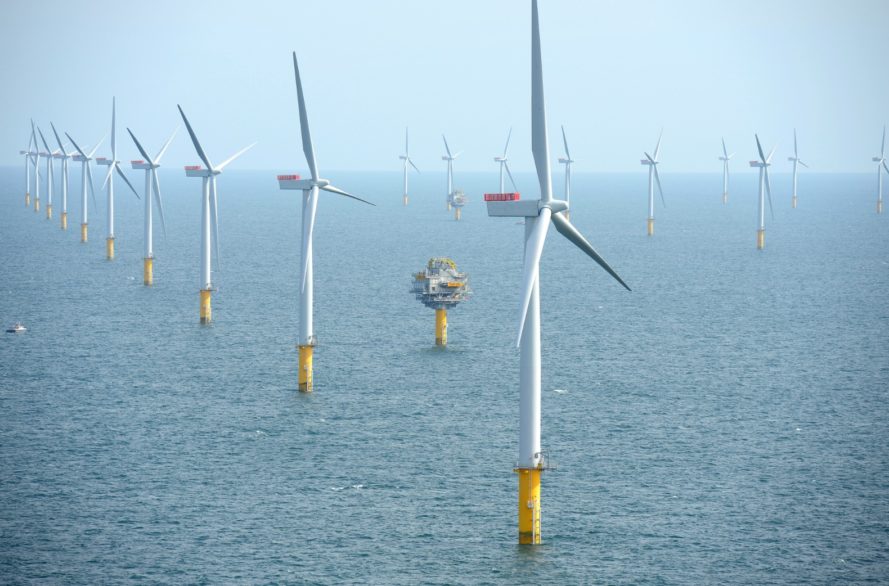 During the summer, the output from the vast North Atlantic wind farm would drop to one-fifth of the annual average. Despite this, enough energy would still be generated to meet the electricity demands of all countries in the European Union. The scientists added that a deep sea wind farm would have to operate in “remote and harsh conditions,” where waves heights often reach more than 3 meters. If these hurdles were overcome, political and economic challenges would need to be tackled next.

+ Proceedings of the National Academy of Sciences