You are at:Home»Sports»‘The Best’ is no Contest in 2017, but FIFA Voters Still Aren’t Paying Attention to Women’s Game 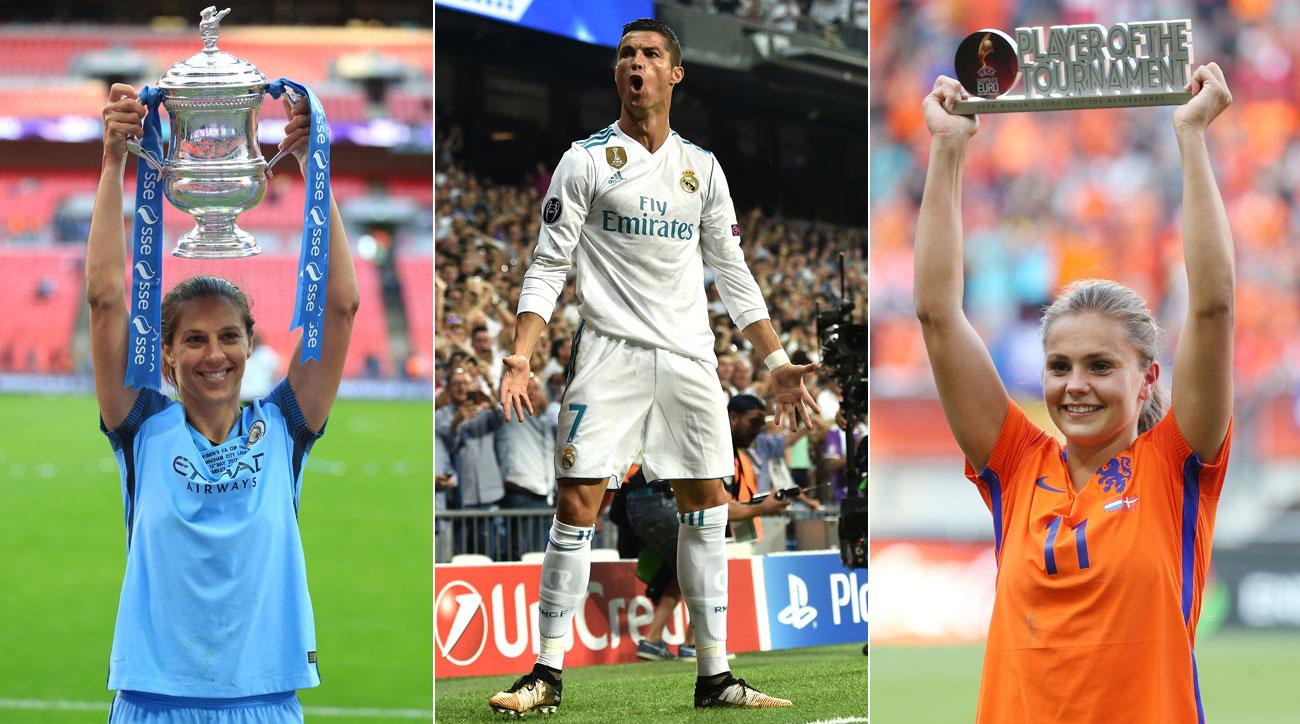 FIFA announced its finalists for its “The Best” honorees, and on both sides the final trios are expected ones–and for wholly different reasons.

Cristiano Ronaldo, Lionel Messi and Neymar will vie for the top prize on the men’s side, while USA star Carli Lloyd will try to fend off the Netherlands’ Lieke Martens and Venezuela’s Deyna Castellanos for a three-peat on the women’s side.

In most years, it’s quite clear who the winner should be, and this year is no different. Ronaldo and Martens can expect to add to their UEFA Best Player in Europe awards with global honors at the Oct. 23 ceremony in London.

Doling out Player of the Year has devolved into a rather predictable exercise. On the men’s side, who was the best player for the Champions League-winning side in Europe? And for a big international competition year, who was the best player on the premier international stage? That’s all understandable and acceptable. Great passing rates, key tackles and miscellaneous intangibles just aren’t as sexy as Champions League goals, so the likes of N’Golo Kante don’t ever stand a shot of winning.

Meanwhile, Ronaldo’s outrageous scoring record in the knockout stage–10 goals from the quarterfinals on–to lead Real Madrid to a second straight Champions League title speaks for itself. Messi and Neymar are both great, but Barcelona was bounced in the UCL quarterfinals and then fell short to Madrid in La Liga. Case closed. 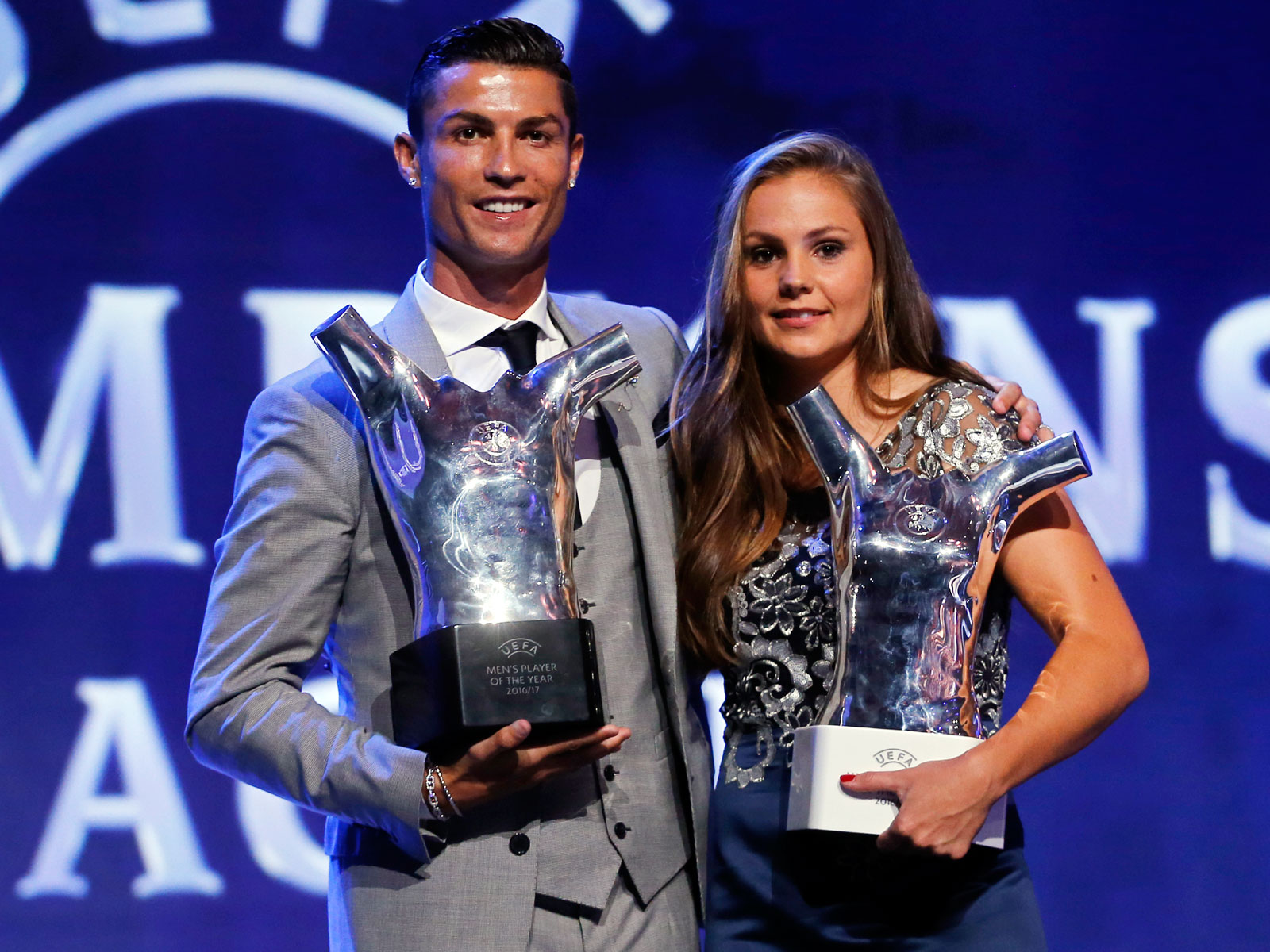 On the women’s side, it’s all a bit less satisfying and a bit more mystifying. Reputation and past achievements–or a bout of randomness–tend to rule over all, and it usually takes something special for a newcomer to break through to win. Since the award’s inception in 2001, only eight players have won–half of whom hold multiple triumphs. That’s not to say all were not deserving, but Lloyd’s repeat last year (remember, she wasn’t even U.S. Soccer’s player of the year in 2016–that’d be Tobin Heath) was certainly more surprising and less expected than her win after the 2015 Women’s World Cup, and her place on the finalists list again raises eyebrows.

Lloyd has had a fine 2017, winning an FA Cup and scoring on her Champions League debut in her stint with Manchester City, but her resume is certainly not screaming out “The Best” this year like it has in the past, and the U.S. women’s team didn’t win either of the star-studded tournaments it hosted this year. That’s no knock against Lloyd. She is and continues to be a great player. Others are just more deserving this time around.

FIFA is still becoming more fluent in the women’s game, and that much is clearly reflected in the voting, which is split into four equal 25% buckets conducted by national team coaches, national team captains, media and fans after a panel of experts selected the 10-player shortlist. Where is Sam Kerr, who has starred for Sky Blue FC and the Australia national team and leads NWSL in scoring? What about Martens’s teammate Vivianne Miedema, who led all scorers in the Women’s Champions League and was second in goals in the Women’s Bundesliga and at the Women’s Euros as part of a first-place effort, tallying twice in the final? For whatever reason, it’s clear that club exploits mean very little on the women’s side, and that’s an absolute shame.

Me when I saw no @samkerr1 on the FIFA shortlist for Women’s Player of the Year: pic.twitter.com/GCvHVlqU3N

Going to need someone to walk me through how @samkerr1 is NOT on short list for FIFA player of the year… Dumbfounded right now ?

Hey @samkerr1, know this: 1) you deserved to be in the top three. 2) be patient, the whole world WILL know your name. 3) you’re the best

FIFA needs to get in touch w WoSo. Cant believe they are so far off. Kerr should win this in a landslide. That she isnt on list is disgrace

No matter, if it takes something spectacular to join the elite, Martens accomplished it. Just after leaving Swedish power Rosengard for Barcelona, she led the Netherlands to a surprise European championship with three goals, two assists and a Golden Ball to show for it. At Rosengard, she helped the club to the Champions League quarterfinals–where it fell to Barcelona–but being the best player on the best team that wins a major tournament is usually good enough to get the job done.

For Castellanos, a rising star for Venezuela and a standout at Florida State University, her appearance as a finalist at just 18 years old is impressive and a nod to her accomplishments and potential. There are quite clearly more qualified and accomplished candidates, though. Even she was surprised at the semifinalist nod, saying upon learning of her place in the top 10:

“I expected it, but not right now. Not at just 18 years old. I expected it at maybe 23, once I was a little bit older. I’m not expecting to win this trophy, but I think it’s a big deal that I’m nominated.”

In many regards, the more FIFA changes, the more it stays the same, and that much is certainly true when it comes to determining “The Best.”