You are at:Home»Tech»Tesla Electric Semi Truck Spotted In The Wild 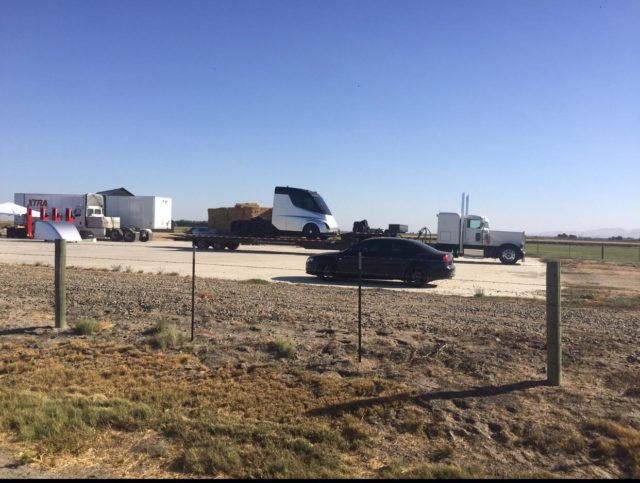 Tesla confirmed quite a while back that it’s working on an all-electric semi truck. The company confirmed recently that it would unveil the semi truck in October 2017. So while we wait for the company’s official announcement, it appears that Tesla’s electric semi truck was spotted out in the wild by someone who managed to take a photo of it.

The photo was first posted to Reddit last night before it was deleted, however, someone else was able to save it before it was deleted so now it’s everywhere on the internet. The picture gives us a glimpse of a silver truck with a swept design that appears to be quite similar to the teaser that Tesla released previously.

There’s a second piece at the far left of the frame which might be the fairing that’s attached to the roof of a truck in order to reduce wind resistance. Tesla hasn’t confirmed if what we see in this picture is what it’s semi truck is going to look like, but then again, the company normally doesn’t comment on speculation so it’s not surprising that it’s keeping mum for now.

Tesla CEO Elon Musk previously said that the company has tentatively scheduled the electric semi truck unveil for October 26th. The date is yet to be officially confirmed, though.