You are at:Home»Health»Symptoms of Dementia: Losing sense of smell may signal onset of dementia 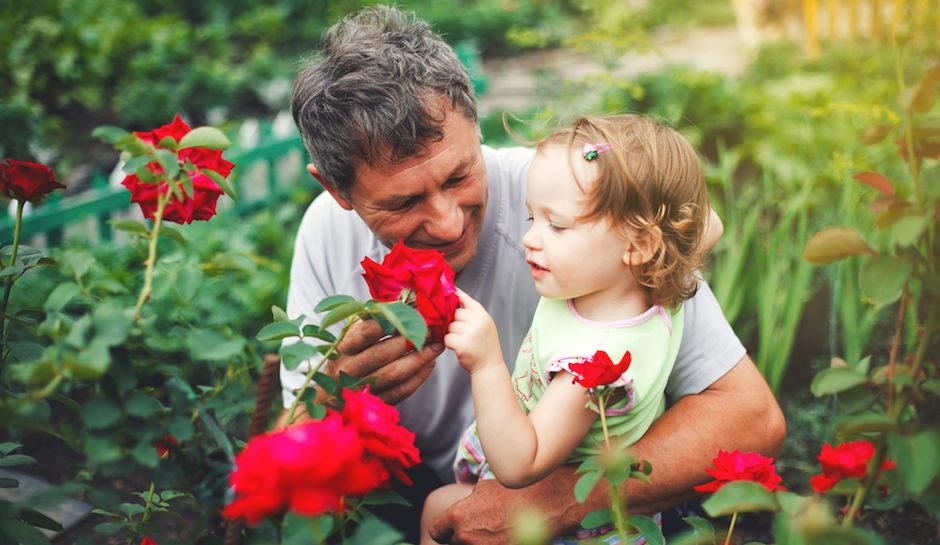 Dementia and Alzheimer’s are one of the most vexing problems for science, but a major discovery could help us spot it early and thus result in better treatment of the brain degenerative disorder. A new study claims that the inability to smell could be an early sign of the brain’s deterioration, a simple marker that would be easy to test if scientists are able to confirm in follow-up research.

The study was published in the Journal of the American Geriatrics Society and is based on a smell test administered to 3,000 participants who do not have any brain problems. They were both men and women between the ages of 57 and 85, and they were tested again five years later.

The participants were given “Sniffin Sticks” with scents like peppermint or oranges and asked to identify them. About 18.7 percent were only able to identify two or three of the five scents. Scientists found that nearly all of the people in this group developed dementia five years after the fact.

The statement from the University of Chicago Medical Center is below.

A long-term study of nearly 3,000 adults, aged 57 to 85, found that those who could not identify at least four out of five common odors were more than twice as likely as those with a normal sense of smell to develop dementia within five years.

Five years after the initial test, almost all of the study subjects who were unable to name a single scent had been diagnosed with dementia. Nearly 80 percent of those who provided only one or two correct answers also had dementia, with a dose-dependent relationship between degree of smell loss and incidence of dementia.

“These results show that the sense of smell is closely connected with brain function and health,” said the study’s lead author, Jayant M. Pinto, MD, a professor of surgery at the University of Chicago and ENT specialist who studies the genetics and treatment of olfactory and sinus disease. “We think smell ability specifically, but also sensory function more broadly, may be an important early sign, marking people at greater risk for dementia.”

“We need to understand the underlying mechanisms,” Pinto added, “so we can understand neurodegenerative disease and hopefully develop new treatments and preventative interventions.”

“Loss of the sense of smell is a strong signal that something has gone wrong and significant damage has been done,” Pinto said. “This simple smell test could provide a quick and inexpensive way to identify those who are already at high risk.”

The study, “Olfactory Dysfunction Predicts Subsequent Dementia in Older US Adults,” published September 2?, 2017, in the Journal of the American Geriatrics Society, follows a related 2014 paper, in which olfactory dysfunction was associated with increased risk of death within five years. In that study, loss of the sense of smell was a better predictor of death than a diagnosis of heart failure, cancer or lung disease.

For both studies, the researchers used a well-validated tool, known as “Sniffin’Sticks.” These look like a felt-tip pen, but instead of ink, they are infused with distinct scents. Study subjects smell each item and are asked to identify that odor, one at a time, from a set of four choices. The five odors, in order of increasing difficulty, were peppermint, fish, orange, rose and leather.

78.1 percent of those examined had a normal sense of smell; 48.7 percent correctly identified five out of five odors and 29.4 percent identified four out of five. 18.7 percent, considered “hyposmic,” got two or three out of five correct. The remaining 3.2 percent, labelled “anosmic,” could identify just one of the five scents (2.2%), or none (1%). The olfactory nerve is the only cranial nerve directly exposed to the environment. The cells that detect smells connect directly with the olfactory bulb at the base of the brain, potentially exposing the central nervous system to environmental hazards such as pollution or pathogens. Olfactory deficits are often an early sign of Parkinson’s or Alzheimer’s disease. They get worse with disease progression.

Losing the ability to smell can have a substantial impact on lifestyle and wellbeing, said Pinto, a specialist in sinus and nasal diseases and a member of the Section of Otolaryngology-Head and Neck Surgery at UChicago Medicine. “Smells influence nutrition and mental health,” Pinto said. People who can’t smell face everyday problems such as knowing whether food is spoiled, detecting smoke during a fire, or assessing the need a shower after a workout. Being unable to smell is closely associated with depression as people don’t get as much pleasure in life.”

“This evolutionarily ancient special sense may signal a key mechanism that also underlies human cognition,” noted study co-author Martha K. McClintock, PhD, the David Lee Shillinglaw Distinguished Service Professor of Psychology at the University of Chicago, who has studied olfactory and pheromonal communication throughout her career.

McClintock noted that the olfactory system also has stem cells which self-regenerate, so “a decrease in the ability to smell may signal a decrease in the brain’s ability to rebuild key components that are declining with age, leading to the pathological changes of many different dementias.”

In an accompanying editorial, Stephen Thielke, MD, a member of the Geriatric Research, Education and Clinical Center at Puget Sound Veterans Affairs Medical Center and the psychiatry and behavioral sciences faculty at the University of Washington, wrote: “Olfactory dysfunction may be easier to quantify across time than global cognition, which could allow for more-systematic or earlier assessment of neurodegenerative changes, but none of this supports that smell testing would be a useful tool for predicting the onset of dementia.”

“Our test simply marks someone for closer attention,” Pinto explained. “Much more work would need to be done to make it a clinical test. But it could help find people who are at risk. Then we could enroll them in early-stage prevention trials.”

“Of all human senses,” Pinto added, “smell is the most undervalued and underappreciated – until it’s gone.”

Both studies were part of the National Social Life, Health and Aging Project (NSHAP), the first in-home study of social relationships and health in a large, nationally representative sample of men and women ages 57 to 85.

Additional authors were Dara Adams, David W. Kern, Kristen E. Wroblewski and William Dale, all from the University of Chicago. Linda Waite is the principal investigator of NSHAP, a transdisciplinary effort with experts in sociology, geriatrics, psychology, epidemiology, statistics, survey methodology, medicine, and surgery collaborating to advance knowledge about aging.