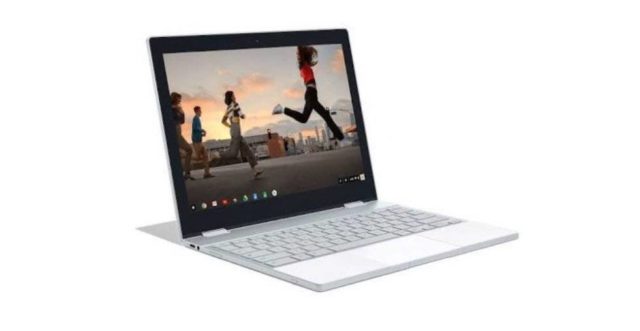 Google will be hosting a hardware event tomorrow to unveil its new Pixel 2 and Pixel 2 XL handsets. However, it seems like the smartphones may not be the only new products that the company has in store for us. A new leak suggests that there’s also going to be a Google Pixelbook. Some details of this product have surfaced online today.

Prices for the Google Pixelbook are expected to start at $1,199 for the 128GB model and going all the way up to $1,749 for the 512GB model. It’s unclear if more storage will be coupled with more RAM.

As far as the processor is concerned, it’s believed that an Intel Core i5 processor will be powering the device but there’s no information about the chip’s clock speeds on these different storage variants.

It goes without saying that the Pixelbook will be powered by Google’s cloud-based Chrome OS. There’s no information available as yet about the device’s release.

We won’t have to wait for too long to find all of this out for sure, though, given that Google’s event takes place tomorrow.