You are at:Home»Tech»SNES Classic Mini Edition: Release Date, Reviews, How To Buy One, And Everything You Need To Know

Much like the NES Classic console from last year, the SNES Classic is a bit of a hot commodity. With an assortment of retro games from the SNES library, there are many games getting a second chance in the spotlight, along with others that have stood the test of time and still hold up as some of Nintendo’s finest games.

We at GearsOfBiz are here to give you everything you need to know about Nintendo’s throwback console; such as good places to keep an eye out for ordering your console, what games are available on the system, and what sort additions have been added to make the experience of replaying these games feel a bit more unique. Be sure to check back with us for more info about our hands-on time with the console, along with our official review coming soon.

Set for release on September 29 for $80 USD/60 GBP/7,980 Yen, the SNES Classic will be available in most markets. Much like the NES Classic, Japan will have a Famicom version known as the Super Famicom Classic the following week on Oct 5, along with some games unique to their market such as Ganbare Goemon: Yukihime Kyūshutsu Emaki (Legend of the Mystical Ninja). Though the Western release of the Classic console will be missing some titles from its Eastern counterpart, there’s still plenty of great games to enjoy.

Learning from the extreme shortages of the NES Classic, Nintendo has increased the amount of units in distribution, and will also be producing them in larger quantities. Moreover, Nintendo has urged fans not to purchase SNES Classic consoles sold at significantly higher rate, as there will be more available for buyers compared to the NES Classic. You can also check out our guide on how to buy a SNES Classic Edition at launch, but you can expect it to be available in limited quantities at Best Buy, GameStop, ThinkGeek, Target, and Walmart, potentially among other retailers. 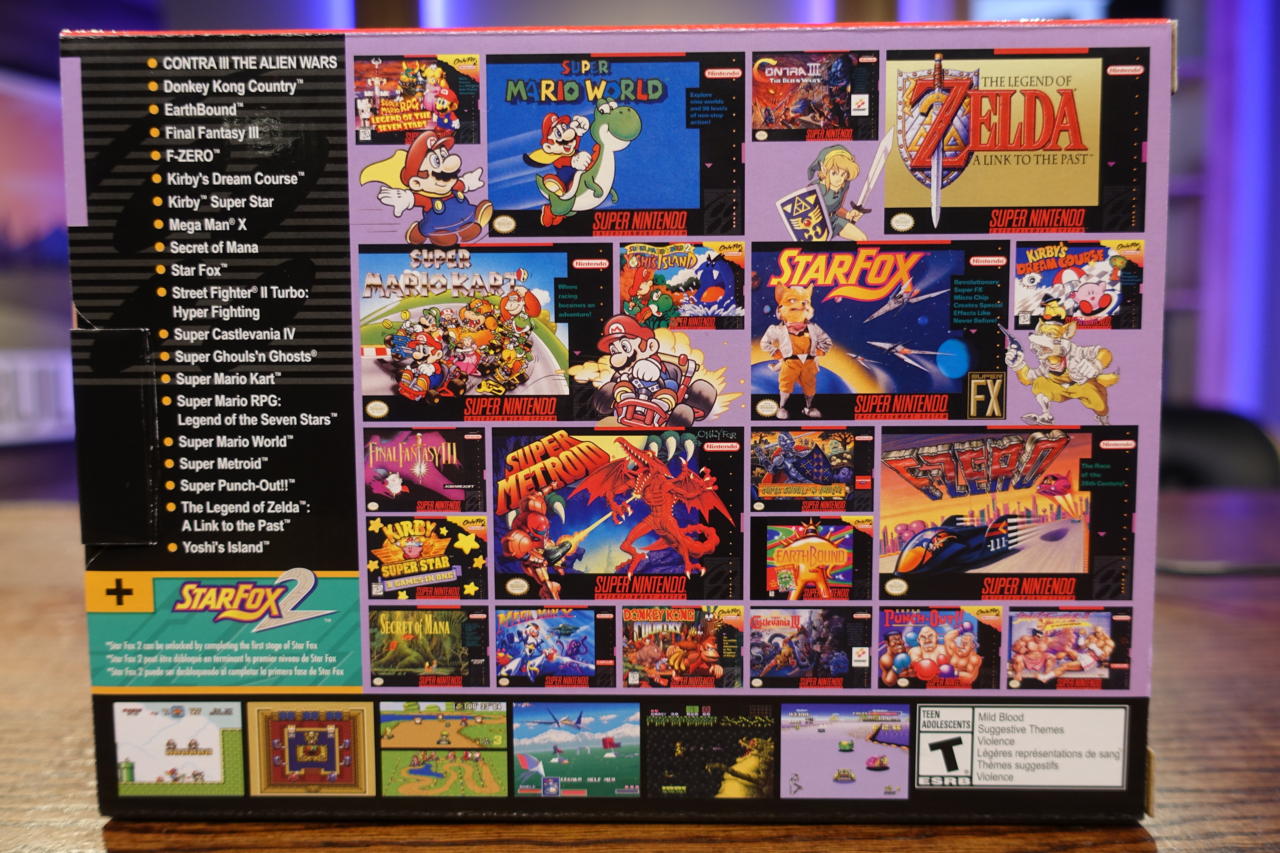 The SNES Classic features a number of games that fans will recognize, but also a number titles that may have flown under the radar. Including first and third party titles, such as Final Fantasy III, Kirby Super Star, Street Fighter II Turbo, Super Mario Kart, and many others-the collection of games present in the Super Nintendo Classic system will hit a nerve for many fans who grew up during its heyday. Though we at GearsOfBiz came up with our own list of titles that we hoped would have made it onto the list-such as the glaring omission of Chrono Trigger-what’s present in the official collection is still a solid list of games.

Here’s a complete list of the games present in the SNES Classic library.

Aside from Earthbound, Super Mario RPG, and Super Metroid, there’s one game that’s been getting a lot of attention, and that’s Star Fox 2. Unlocked after completing the first stage in the original Star Fox, Star Fox 2 introduced a number of interesting gameplay innovations, new characters, and brand new vehicles to control. However, for a variety of reasons, it was shelved around the time of its completion. Though unofficial copies have made the rounds over the years, this marks the first time that Nintendo will be releasing the game in an official capacity. To mark this occasion, GearsOfBiz will be publishing a review for the newly released Star Fox 2, which will be our first SNES review in two decades. 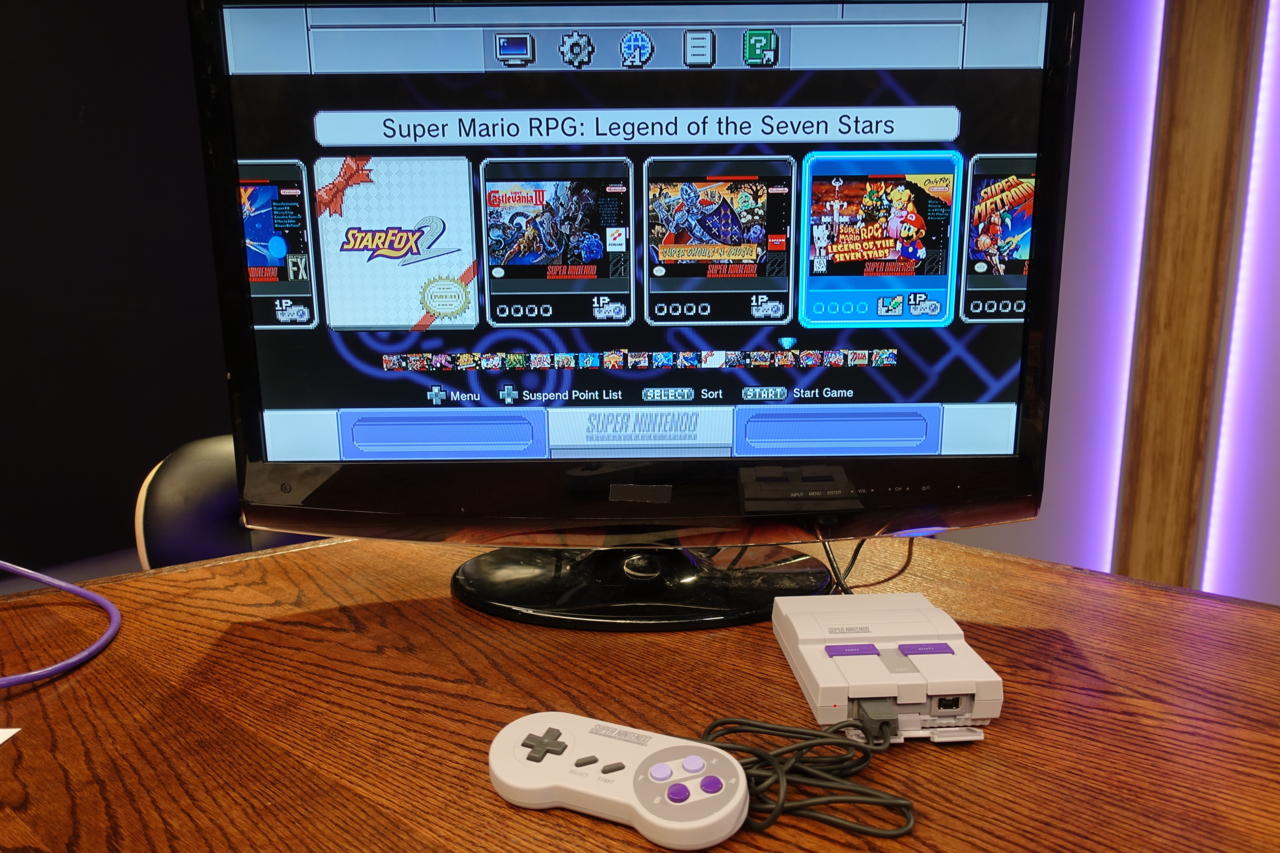 While the original Super Nintendo was designed for standard definition TVs, the SNES Classic features an updated setup including HDMI cables, and a home menu where you can access all the games. Much like the NES Classic, the Super Nintendo mini-console will give players access to all the games from the menu, where they can jump around between each game. Each game allows for four different save slots, allowing you to save your game on the internal system. Though unlike the NES Classic, the SNES will be a bit more comfortable to play this time around, featuring longer control cables at around 5 feet. Moreover, the UI will also feature a number of tweaks and customization options for players, such as a set of custom borders you can apply to the 4:3 games, CRT filters, and also a rewind option-allowing you to as rollback a bad move in a game and try again.

Keep checking back with GearsOfBiz during the lead up and after the release of the SNES Classic for more information as it comes. Check out some of coverage with our hands-on time below, along with updates from Nintendo, and along with our full-review.