You are at:Home»News»Slowing economy to put pressure on demand for automobiles: Siam 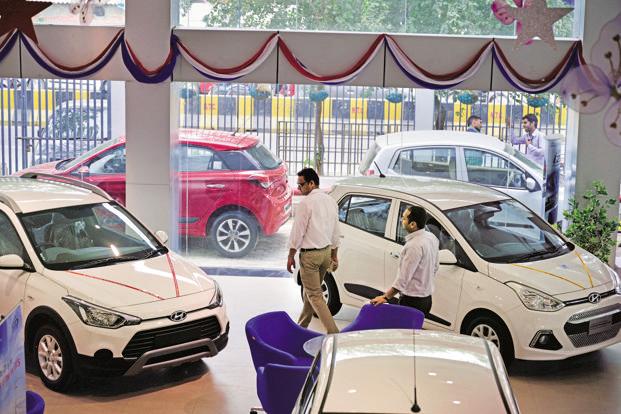 New Delhi: Demand for automobiles could slow in the second half of the fiscal year thanks to a slowing economy and rising fuel prices, according to the Society of Indian Automobile Manufacturers (Siam).

The slowdown in sales come just ahead of the festivals Diwali and Dhanteras, a period in which Indians prefer purchases that boost auto sales.

“Oil prices are also expected to remain higher ($50-55/barrel in 2017 from $42/barrel in 2016) which would contribute to the increasing cost of ownership,” Siam said in the presentation.

India’s economic growth unexpectedly slowed to 5.7% in the June quarter, the slowest pace in three years, highlighting the disruption from the rollout of GST in July even as the economy was struggling to recover from demonetisation in November.

Consumption demand across India in general and the auto sector in particular has been impacted by the twin shocks of demonetisation and GST. The GST Council in September raised the cess on mid-sized to large cars and SUVs by 2-7 percentage points, but kept the tax burden lower than pre-GST levels.

“Overall, the industry has improved in this quarter over last year,” Abhay Firodia, president, Siam, said at a press conference.

“demonetisation impacted financing, which cost us two months in sales. Impact of GST rollout was more out of uncertainty than in terms of costs… now the industry is on a mending path,” he added.

“The positive effects of the same is expected to last by the end of the year,” it said, adding that near normal monsoon, lower borrowing costs and softer inflation will continue to support consumption growth.

A large part of the automobile growth this fiscal year would be on account of the low base of last year since the second half of 2016-17 was impacted by demonetisation, Siam said.