You are at:Home»Science»September 23 has come and gone! 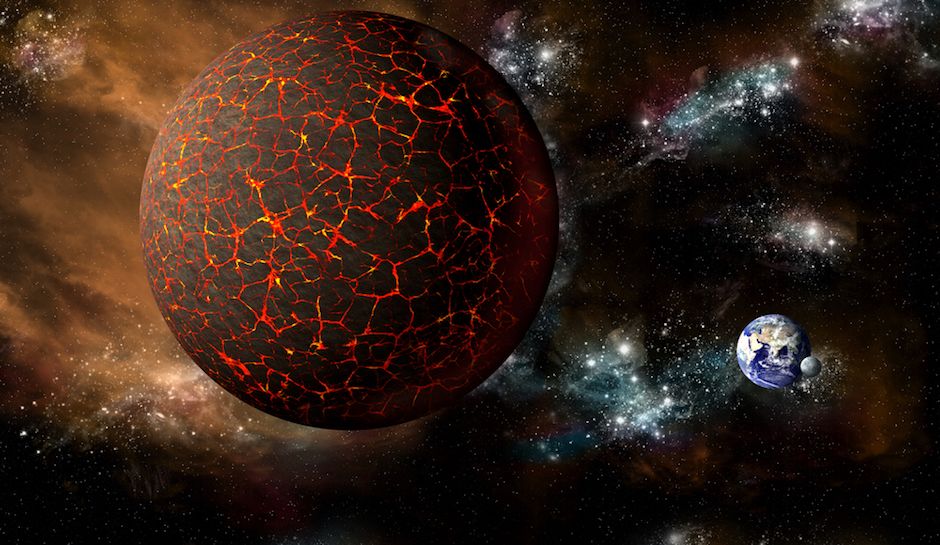 September 23 has come and gone, and the “end of the world” certain doomsayers were predicting obviously didn’t take place. But for a YouTube user named David Jordan, Nibiru, also known as Planet X, is real, and it has already made its presence felt, allegedly doing so shortly before it was supposed to cross paths with Earth.

According to a report from the Sunday Express, Jordan uploaded a 10-minute video entitled “Genuine Proof of Planet X: Nemesis Sunrise and an Eclipse for Good Measure,” claiming in the clip that he has proof that Nibiru does exist and was visible on Friday, September 22. The self-styled Planet X “hunter” observed that there were “two suns in our sky” on that day, as he took photos from his iPhone 7, taping an infrared lens onto the front of the device.

David Jordan added that he saw Nibiru early Friday morning, stressing that he didn’t edit anything on the uploaded video to make it seem as if Planet X does exist.

“To anybody who thinks I am doctoring these images or videos, I am not. They are all taken on my iPhone 7, all just set to standard factory settings, and the ones in this particular video are just having an infrared lens from my Nikon camera.”

The video also included Jordan pulling up on the side of the road to film what he claimed was Nibiru, repeatedly referring to the mythical planet as a “dragon.”

“I pulled over quickly cause I see the dragon, and lo and behold, I hold my iPhone up with the infrared lens taped to the front of it as you can see and I got Nemesis rising, or Planet X rising. Whatever you want to call it.”

The end of the world is coming, but not from Nibiru on September 23: https://t.co/Qk1iJ5iXbf pic.twitter.com/4wejQnnEZv

Although David Jordan sounded confident that he had seen Nibiru a day before the purported “end of the world,” the Sunday Express noted that it is “hard to discern” if the video is legitimate. As the clip predominantly features the infrared lens’ deep red tint, the publication pointed out that Jordan’s Planet X sighting was most likely a lens flare reflection from our sun.

In addition to David Jordan’s purported Nibiru sighting, another man reported his own self-described encounter with Planet X, recording two videos on his iPhone on Sunday morning, U.K. time, and sharing them on Facebook. According to a separate Sunday Express report, Steven St. Catherine claims to have seen two “identical glowing orbs” in the sky, though he also left out the possibility that he might have seen a UFO. In any case, the publication stressed that the sighting may have likely been an airplane or drone, “but not Nibiru or UFOs.”

One of the most compelling pieces of evidence against the existence of Nibiru might still be NASA’s extensive FAQ which was originally published a few days after December 21, 2012, another date when doomsayers had predicted the end of the world, only to be proven wrong. The FAQ was updated earlier this week in the light of multiple doomsday predictions for September 23, and while there are some individual questions and answers on the article that talk about the topic in depth, the space agency editor’s update succinctly stressed that Nibiru “doesn’t exist,” and that there will be no such collision with planet Earth taking place.

In relation to David Jordan’s claims of a Nibiru sighting, the Sunday Express also quoted NASA’s David Morrison, who said that anyone would have easily been able to see the supposed rogue planet if it was really on a collision course with Earth.

“If there was a planet headed into the inner solar system that was going to come close to Earth, it would already be inside the orbit of Mars, it would be bright, it would be easily visible to the naked eye – if it was up there it would be easy to see it, all of us could see it,” explained Morrison.