You are at:Home»Articles»Pres Kenyatta Rejects Call For Power Sharing If Re-Run Elections Not Held On Oct 26 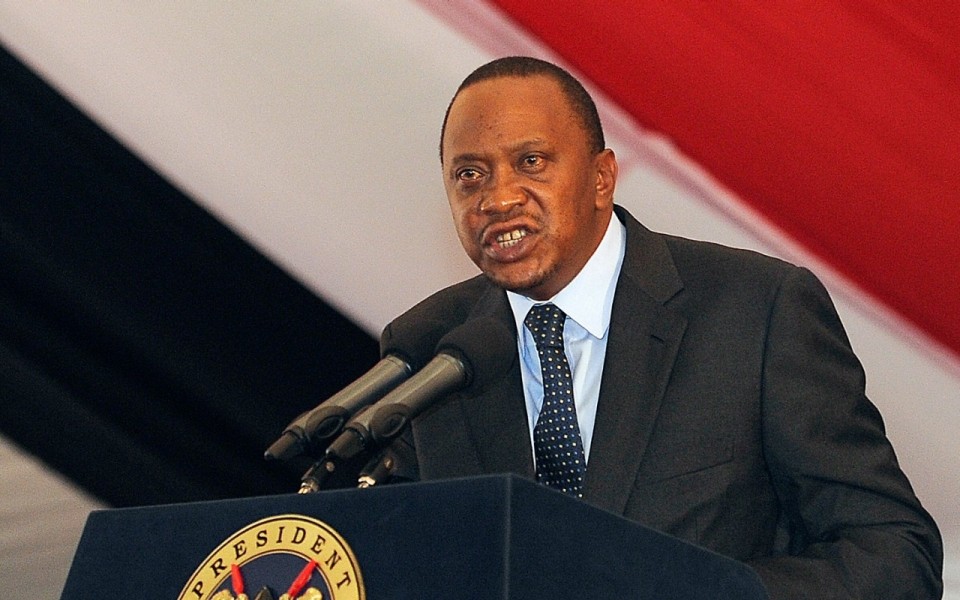 Kenyan President Uhuru Kenyatta has dismissed calls by the opposition for a caretaker government if the fresh election is not held within 60 days as ordered by the supreme court.

Kenyatta noted that if the election is not held on Oct 26, as stipulated, he will continue to serve as the president of the country until a new leader is elected and sworn into office.

“There will be no such thing as a nusu mkate (coalition) government, not even a slice.”

The President, who was accompanied by his Deputy William Ruto and some other Jubilee party leaders, was addressing some 20,000 Jubilee delegates drawn from Western Kenya at Approved School in Kakamega County.

He stressed that he would not allow negotiations that will lead to the formation of a caretaker government.

“There is no place for a coalition government in our Constitution, where a few people sit in a room and decide how the positions will be dished out to individuals,” he said.

In promoting transparency in the Oct 26 poll, Kenyatta urged the electoral agency to allow the media to transmit results announced at the constituency tallying centres.

He accused the opposition led by Raila Odinga of shifting the date for the poll. The president also promised to launch development projects in the region but maintained they were not meant for campaigns but to benefit Kenyans in the region. He said his regime had not discriminated against any region or community in development.

Meanwhile, the electoral commission has decided to broadcast the declaration of all constituency results on live TV as part of efforts to streamline the holding for Kenya’s election re-run in October.

The Independent Electoral And Boundaries Commission (IEBC) said that the agreement was reached on Sept 29 with the Media Owners Association who will facilitate the broadcast.

This is a part of measures to be employed by the electoral commission to ensure transparency in the election re-run to avoid the numerous voter irregularities identified by the Supreme Court.

Among the issues raised are the electronic transmission of results which were compromised by infiltration into the system.

The Aug 8 election was annulled by the Supreme Court on Sept 1 after a petition was filed by the opposition over several electoral irregularities.

The IEBC set Oct 26 as the new date for the election re-run and said it will deliver an election that meets the standards set out by the Supreme Court. –