You are at:Home»Science»Planet X and the end of the world

A Christian numerologist was confident in picking Sept. 23 as the date the world ends, until recently when he suddenly changed his mind. 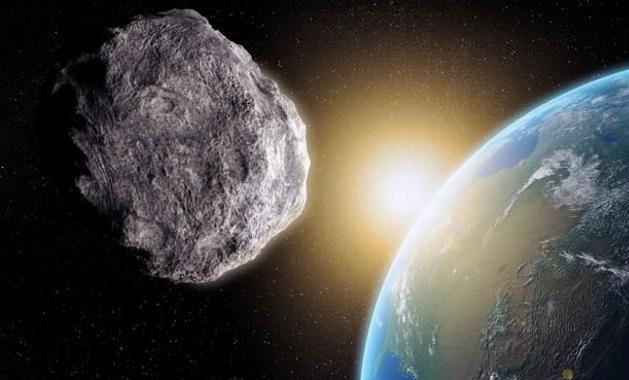 The Earth is about to be destroyed on Sept. 23, according to a Christian numerologist, which is a bit of a problem in that Sept. 23 has already passed. But don’t worry, the man who came up with this theory has decided to make a few modifications to his doomsday prediction.

At first, Christian numerologist David Meade made headlines because he confidently predicted that Luke 21:25-26 heralds the end of the Earth on Sept. 23, and Hurricane Harvey and the solar eclipse were signs of this. But as the date neared, he suddenly got cold feet, adjusting his prediction to a more tame version where the Earth will change dramatically by October but in some unspecified way.

Here’s the verses he based his original prediction on: “25: There will be signs in the sun, moon and stars. On the earth, nations will be in anguish and perplexity at the roaring and tossing of the sea. People will faint from terror, apprehensive of what is coming on the world, for the heavenly bodies will be shaken. 26: Men’s hearts failing them for fear, and for looking after those things which are coming on the earth: for the powers of heaven shall be shaken.”

This prediction is a variant of the Nibiru cataclysm end-times theory that has been around since the 1990s, where a huge planetary object either collides with Earth or comes near Earth causing the apocalypse and ushering in Christ’s second coming.

Here’s some more information on this straight theory from Wikipedia:

The Nibiru cataclysm is a supposed disastrous encounter between the Earth and a large planetary object (either a collision or a near-miss) which certain groups believe will take place in the early 21st century. Believers in this doomsday event usually refer to this object as Planet X or Nibiru. The idea that a planet-sized object will collide with or closely pass by Earth in the near future is not supported by any scientific evidence and has been rejected by astronomers and planetary scientists as pseudoscience and an Internet hoax.[2][3]

The idea was first put forward in 1995 by Nancy Lieder,[4][5] founder of the website ZetaTalk. Lieder describes herself as a contactee with the ability to receive messages from extraterrestrials from the Zeta Reticuli star system through an implant in her brain. She states that she was chosen to warn mankind that the object would sweep through the inner Solar System in May 2003 (though that date was later postponed) causing Earth to undergo a physical pole shift that would destroy most of humanity.[6] The prediction has subsequently spread beyond Lieder’s website and has been embraced by numerous Internet doomsday groups, most of which linked the event to the 2012 phenomenon. Since 2012, the Nibiru cataclysm has frequently reappeared in the popular media, usually linked to newsmaking astronomical objects such as Comet ISON or Planet Nine. Although the name “Nibiru” is derived from the works of the ancient astronaut writer Zecharia Sitchin and his interpretations of Babylonian and Sumerian mythology, he denied any connection between his work and various claims of a coming apocalypse.

The idea of the Nibiru encounter originated with Nancy Lieder, a Wisconsin woman who claims that as a girl she was contacted by gray extraterrestrials called Zetas, who implanted a communications device in her brain. In 1995, she founded the website ZetaTalk to disseminate her ideas.[7] Lieder first came to public attention on Internet newsgroups during the build-up to Comet Hale–Bopp’s 1997 perihelion. She stated, claiming to speak as the Zetas,[8] that “The Hale–Bopp comet does not exist. It is a fraud, perpetrated by those who would have the teeming masses quiescent until it is too late. Hale–Bopp is nothing more than a distant star, and will draw no closer.”[9] She claimed that the Hale–Bopp story was manufactured to distract people from the imminent arrival of a large planetary object, “Planet X”, which would soon pass by Earth and destroy civilization.[9] After Hale–Bopp’s perihelion revealed it as one of the brightest and longest-observed comets of the last century,[10] Lieder removed the first two sentences of her initial statement from her site, though they can still be found in Google’s archives.[9] Her claims eventually made the New York Times.[11]

Lieder described Planet X as roughly four times the size of the Earth, and said that its closest approach would occur on May 27, 2003, resulting in the Earth’s rotation ceasing for exactly 5.9 terrestrial days. This would be followed by the Earth’s pole destabilising in a pole shift (a physical pole shift, with the Earth’s pole physically moving, rather than a geomagnetic reversal) caused by magnetic attraction between the Earth’s core and the magnetism of the passing planet. This in turn would disrupt the Earth’s magnetic core and lead to subsequent displacement of the Earth’s crust.[12]

After Lieder, the first person to propagate her Planet X idea was Mark Hazlewood, a former member of the ZetaTalk community, who in 2001 published a book titled Blindsided: Planet X Passes in 2003. Lieder would later accuse him of being a confidence trickster.[13] A Japanese cult called the Pana Wave Laboratory, which blocked off roads and rivers with white cloths to protect itself from electromagnetic attacks, also warned that the world would end in May 2003 after the approach of a tenth planet.[14]

What is Planet X?