You are at:Home»Health»Placebos work even if you know they are fake, study finds

Even people who know they are taking ‘sugar pills’ experience the healing effects of placebos, a new study has found.

Researchers from Harvard University and the University of Basel treated study participants who had been lightly burned with a topical cream, but only some of them knew that the cream was a placebo.

However, after the treatment was administered those who knew the cream was a placebo believed in its healing powers as much as those who thought it was medicinal.

The new analysis has brought into question the necessity of deceiving people who are taking placebos by telling them they are taking chemically active medicines, and it has expanded upon loads of research that says placebos can heal ailments. 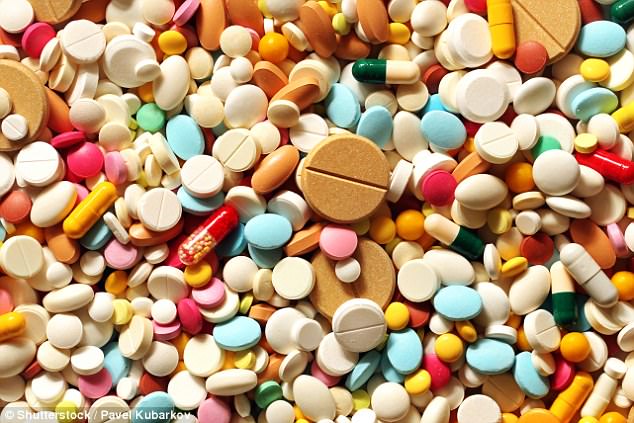 For the study, researchers observed 160 ‘healthy’ volunteers who were aged 18 to 65 between January and July last year. Sixty-eight percent of them were women and participants were randomly assigned to one of four groups.

All of the volunteers placed their left forearms against a heated device used to measure one’s pain threshold.

In one of the groups, participants received no treatment, and in another they were given a placebo but told it was a topical cream containing lidocaine, which numbs the skin and relieves pain.

The other two groups were given the placebo and told it was not medicinal. But scientists took care explaining the ‘placebo effect’ to one of the groups.

They explained to the group members that the effect is ‘powerful’ and that is has been found to cure pain, symptoms of Parkinson’s disease, migraines, depression and asthma.

Members of this group were also told that their bodies could ‘automatically respond to placebos’.

After the cream had been applied, researchers asked members of each group how they were feeling.

Participants were questioned about their pain and discomfort levels following the burning sensations they had felt.

The researchers concluded that participants who were told they were given a medicinal treatment and those who knew they were given a placebo but were also told about placebos’ healing properties reacted the same following their treatments.

Both groups reported they experienced less unpleasant effects after they were given the topical creams that were applied to their forearms.

‘Accordingly, the necessity of deception in placebo application – at least in healthy participants – needs to be reconsidered,’ the study said.

The report was published in the Journal of the International Association for the Study of Pain.