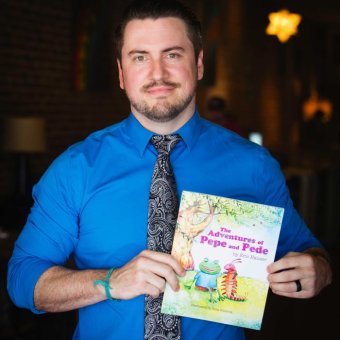 The cartoonist behind the Pepe the Frog meme cartoon has taken legal action to force a self-published children’s book that uses the character to promote anti-Islamic themes to give all of the profits to a Muslim advocacy organisation.

Matt Furie created the Pepe cartoon in 2006, and the likeness became a popular canvas for benevolent internet memes.

But the user-generated mutations became increasingly hateful and ubiquitous more than a year before the 2016 US presidential election.

Furie’s lawyers have now successfully stopped the distribution of a children’s book entitled The Adventures of Pepe and Pede.

According to the Washington Post, in the book written by Eric Hauser — a former assistant principal at a Texas school — Pepe and his friend Centipede (a term referring to Donald Trump supporters) battle an alligator named “Alkah” to “bring freedom to Wishington Farm”.

The law firm representing Furie said the book “espoused racist, Islamophobic and hate-filled themes, included allusions to the alt-right movement and was deliberately targeted at children”.

“Under US copyright law, Furie is entitled to all of the profits that Hauser made by selling his infringing book. Instead, per the agreement — and at Furie’s insistence — Hauser will be required to give all of his profits to the Council on American-Islamic Relations, the nation’s largest Muslim civil rights and advocacy organisation,” it said.

The law firm said Furie did not want money made by peddling hateful themes to children.

“Furie wants one thing to be clear: Pepe the Frog does not belong to the alt-right,” the firm told Vice Media’s Motherboard website.

“As this action shows, Furie will aggressively enforce his intellectual property, using legal action if necessary, to end the misappropriation of Pepe the Frog.

“He will make sure that no one profits by using Pepe in alt-right propaganda — and particularly not by targeting children.”

Pepe came back from the dead after author killed him off

Earlier this year, Furie killed off the character in a rebuke to far-right extremists who had turned Pepe into a racist, anti-Semitic symbol, releasing a cartoon of Pepe in an open casket. 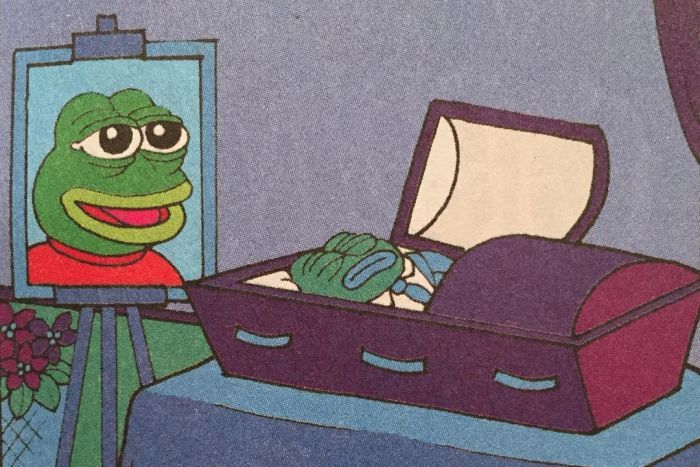 Furie was horrified to see his creation become a mascot for the ‘alt-right’ fringe movement, a loosely connected mix of white nationalists, neo-Nazis and other right-wing extremists.

“It all just happened so fast,” he said.

The Anti-Defamation League branded Pepe a hate symbol in September 2016 and promoted Furie’s efforts to reclaim the character.

But a month later, Furie said he wanted to resurrect Pepe, with the Save Pepe campaign aiming to “[reclaim]his status as a universal symbol for peace, love, and acceptance”.

Furie and his brother, Jason, launched a crowdfunding campaign to raise $US10,000 for a new comic book featuring Pepe, and that target has since been exceeded with more than $US34,000 raised. 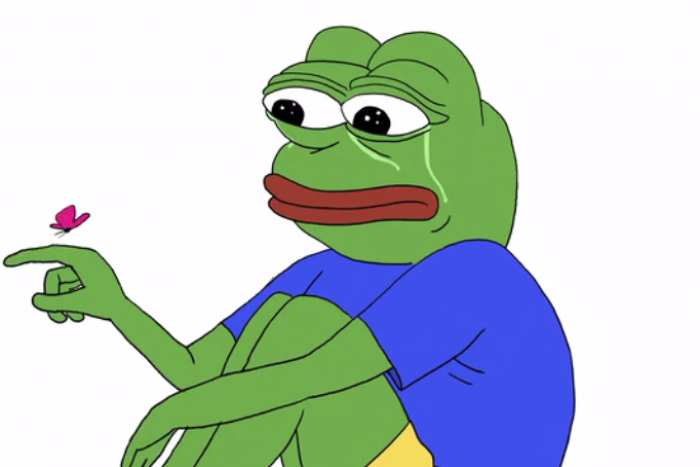