You are at:Home»Top Stories»One Big Reason Top Gun 2 Has To Be Different From The Original Movie 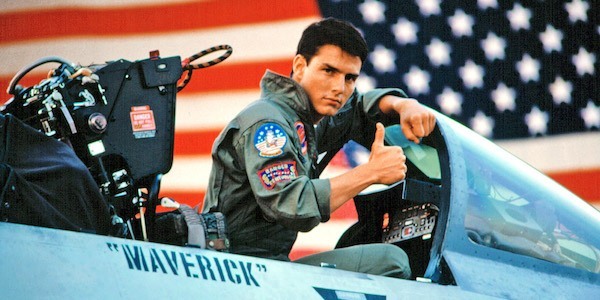 After over three decades away from the silver screen, Tom Cruise’s Pete Mitchell will soon step back into a fighter-jet for Joseph Kosinksi’s Top Gun: Maverick. However, quite a bit has changed in the world of naval aviation since the last dogfight over the Indian Ocean, and Top Gun 2 will apparently reflect those changes. Kosinski opened up during the recent press junket for his new film, Only the Brave, and explained how the United States’ current wars will inform the story, saying:

The Navy is very different now than it was in 1986. Back then, they hadn’t been in any war for 15 or 20 years at that point. The tone of that movie and what those guys were doing was very different. Now, here in 2017, the Navy’s been at war for 20 years. It’s just a different world now, so you can’t remake the first movie. It has to adapt. That being said, I certainly want to recreate the experience of that movie, which gives you a front-seat into the world of Naval aviation and what it’s like to be in a fighter jet. The approach is going to be appropriate for the times we live in.

If you’re going to make a contemporary movie about the military, then you pretty much have to acknowledge the fact that the United States has been at war for the better part of the last two decades. America’s culture and appetite for this type of story has changed since the late Tony Scott’s original Top Gun, and Top Gun: Maverick and per what Joseph Kosinski told Comingsoon.net, the new film needs to reflect that change.

All in all, this could be considered a good sign for the direction of Top Gun: Maverick, as the original entry in this franchise was a unique movie set during a unique era in which the United States did not conduct much direct military action. By contrast, the current state of the United States military is quite the opposite of the Navy seen in the original Top Gun, as all branches of the military have become actively engaged in combat overseas since 9/11. Even in Viper’s first on-screen appearance during the Top Gun orientation meeting, he said:

Now, we don’t make policy here, gentlemen. Elected officials, civilians, do that. We are the instruments of that policy. And although we’re not at war, we must always act as though we are at war.

That’s not the case anymore. The United States IS at war, and as such, the mentality of the Top Gun fighter school could change as this series evolves into the world of 2019.

With all of that said, it’s still reasonably comforting to know that much of the essential Top Gun DNA will be on display in Top Gun 2. Kosinksi’s comments about once again putting the audience into the front-seat of a fighter jet echo the atmosphere of Tony Scott’s original film. Beyond that, during CinemaBlend’s own chat with Kosinski about the project, he made sure to note that the Top Gun: Maverick will not move away from the aviator-centric premise of the original to focus on new technology like drones. Top Gun 2 remains a Top Gun movie; it just happens to take place in a new era.

Top Gun: Maverick is currently gearing up for a July 12, 2019 release date. Until then, you can catch Joseph Kosinski’s latest directorial effort when Only the Brave debuts in theaters on October 20.