You are at:Home»Sports»Norway 1-0 Northern Ireland: Comical Chris Brunt own goal the difference in final qualifier 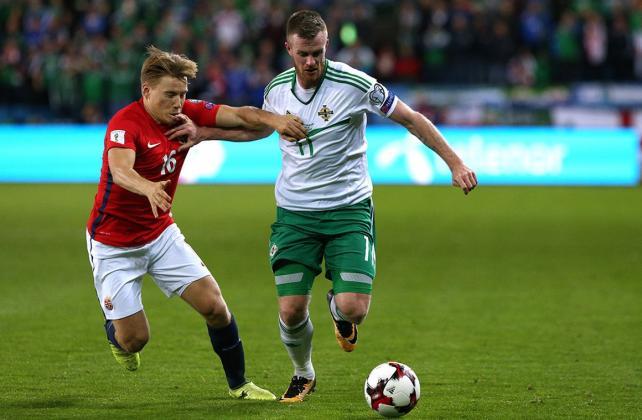 Northern Ireland’s joy at reaching the play-offs was tempered by Chris Brunt’s wild own goal in Norway ensuring the likes of Portugal could stand between them and a place in Russia next summer.

Michael O’Neill’s players knew their place in November’s play-offs was guaranteed less than an hour before kick-off in Oslo as Scotland’s draw with Slovenia guaranteed the Northern Irish one of the play-off berths on offer.

A victory over Norway was still important if they wanted to stand a chance of being seeded for that draw, yet Brunt’s bizarre own goal 19 minutes from time, in which he hacked an attempted left-footed clearance into his net, essentially scuppered those hopes as they lost 1-0.