And it’s coming to the UK next month 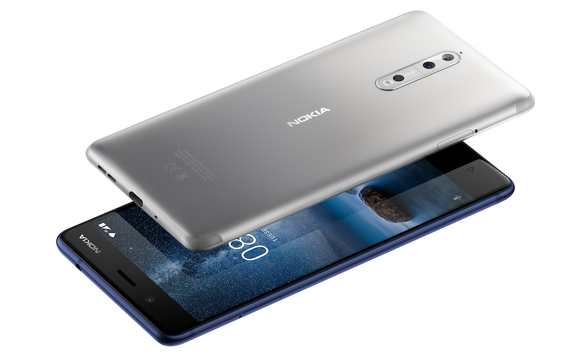 HMD GLOBAL has made the Nokia 8 official. The smartphone is the company’s highest-spec Android device to date and has its sets its sights on the likes of the Galaxy S8 and OnePlus 5 with its Snapdragon 835 internals, premium aluminium design and dual 13MP cameras, which come kitted out with Zeiss optics.

If you’re looking to get your hands on the Nokia 8 we’ve rounded everything we know about the handset’s UK availability below. We’ll update this article as soon as we hear more.

Release dateAccording to Carphone Warehouse, the Nokia 8 has started shipping in the UK.

PriceCarphone Warehouse was quick to become the first UK retailer to offer the smartphone. Over on the company’s website, the Nokia 8 can be picked up for £499 SIM-free, with a Nokia Steel smartwatch worth £119 chucked in for free. It’s also available to pick up on tariffs with EE, O2 and Vodafone, with prices starting £39.99 for a £30 per month contract that comes with 1GB data and a freebie smartwatch.

EE has also started offering the Nokia 8 and is recommending a £42.99 tariff that comes with a £9.99 upfront cost for the phone, unlimited texts and minutes and 1GB monthly data.

Latest news4/10/17: HMD Global has announced that a new version of the Nokia 8, kitted out with 6GB RAM, 128GB storage and a ‘Polished Blue’ exterior, will be coming to the UK next month. The souped-up model will be available from Carphone Warehouse, and will fetch £579 SIM-free.

18/9/17: HMD Global’s chief product officer Juho Sarvikas has posted an image of a Nokia 8 running a beta version of Android Oreo (below), hinting that a full rollout could be imminent. This comes just weeks after the company confirmed that the update will be coming to all of its Nokia-branded Android phones.

16/8/17: The Nokia 8 is official. As expected, the ‘flagship’ smartphone packs a 5.3in QHD LCD display, and under the hood, you’ll find Qualcomm’s Snapdragon 835 processor, 4GB RAM and 64GB storage, which can be expanded via microSD. There’s also a 3,090mAh battery, which HMD claims will get you more than a full day of usage, complete with support for Quick Charge 3.0.

There’s a USB-C port on the bottom for charging, alongside a 3.5mm headphone jack. 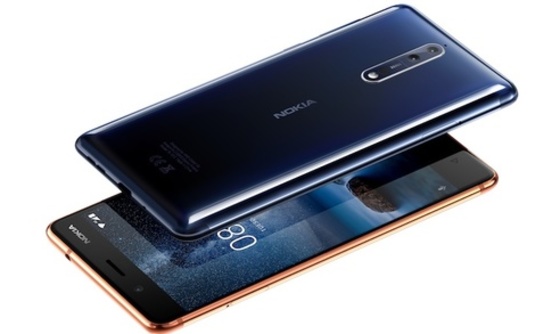 The Nokia 8, which like its predecessors comes crafted from a single piece of aluminium, has shunned the recent shift towards bezel-less smartphones and comes equipped with a physical home button, which houses a baked-in fingerprint sensor.

The Nokia 8’s standout feature, at least according to HMD Global, is its camera, as it’s the first Android-powered Nokia phone to pack Carl Zeiss optics. There’s a 13MP dual setup on the rear of the phone, which – much like the camera on the Huawei P10 – pairs RGB and monochrome sensors for better image quality. There’s also a 13MP sensor on the front of the phone.

HMD has added what it calls a “bothie” mode (ugh) that will activate both the front and rear cameras to capture phones and videos. Unlike the similar functionality found on Samsung smartphones, the Nokia 8 is also capable of broadcasting this video to Facebook or Youtube.

HMD has also added Ozo Audio, which means that much like Nokia’s futuristic VR camera, the Nokia 8 will capture 360-degree audio, allowing for it to be broadcast live on streams.

The Nokia 8 will ship running Android 7.11, and HMD has said that it’ll be updated to Android O once it becomes available. At launch, it’ll be available in glossy blue and copper colours, alongside matte blue and steel options.