You are at:Home»Entertainment»Nick Viall Says He Won’t Be ‘The Bachelor’ Again, So You Can Stop Asking 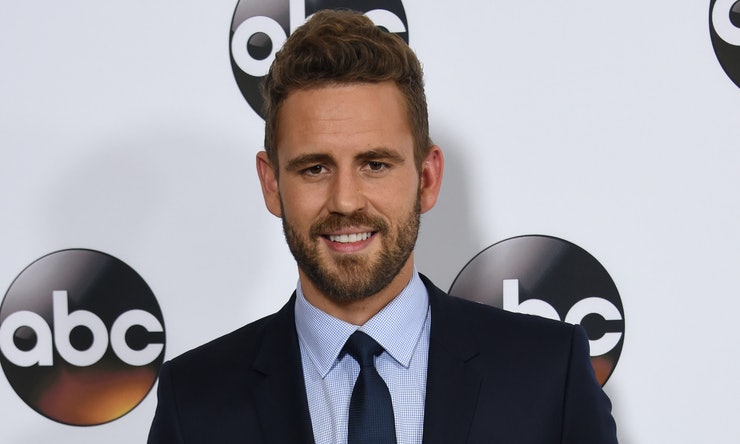 You know that super senior who just keeps hanging around school and no one, including them, really knows why? That is the equivalent of Nick Viall on The Bachelor. Now that Nick and Vanessa called it quits, every member of Bachelor Nation must be wondering if Nick will return to The Bachelor franchise or not. Thankfully, Nick finally revealed his answer, and it looks like he’s not banking on a fifth time being the charm.

After first appearing on the ABC franchise in 2014, Nick seems to have finally reached his limit trying to find love in front of America. “I’m definitely done with that,” he told Us Weekly. “I’m very thankful for everything. I don’t have any regrets.” Yes, despite what many fans may have predicted, Nick won’t return to The Bachelor and we can all breathe easy… for now.

Of course, time will tell if he means it. Many Bachelor fans who have watched Nick try to find love again and again and again and again over the last few years may still be skeptical. But perhaps his latest breakup was really the final nail on the coffin. After proposing to Vanessa Grimaldi in the Season 21 finale of The Bachelor, which aired in March, the two officially announced their breakup last week with a joint statement. Now, they’re beginning to individually address it.

The statement suggests the decision wasn’t easy and brought them a “great amount of heartbreak.” On Monday, Vanessa posted a photo of her head leaning on a friend’s shoulder, captioned, “It’s okay to feel broken. It’s okay to cry.” In his interview with Us, Nick reassured that there were no hard feelings, as difficult as the breakup has been. “There are still a lot of positive things that came from it, especially my relationship with Vanessa,” he said.

While Nick claimed he and Vanessa are actively each other’s “support system,” he doesn’t seem to want the country watching his process in moving forward and possibly finding someone else. Most fans, who have seen a lot of Nick, would probably agree. He first appeared on The Bachelorette during Andi Dorfman’s season in 2014, when he left defeated by Josh Murray as runner-up. He returned to the show the following year for a chance at winning Kaitlyn Bristowe’s heart, and once again was runner-up to Shawn Booth. He also appeared on Bachelor in Paradise‘s third season before becoming the Bachelor.

After accumulating a huge platform with 1.3 million followers on Instagram alone, it’s unlikely the 36-year-old will return to life as a software salesman. But, although Nick’s future endeavors have yet to be announced, finding love on TV probably won’t be one of them.