You are at:Home»Sports»NFL’s Roger Goodell: ‘We believe everyone should stand for the National Anthem’

Donald Trump’s distaste for athletes failing to stand for the US anthem before games seems to have moved the NFL to action. Commissioner Roger Goodell has written to team owners saying players “should” stand. 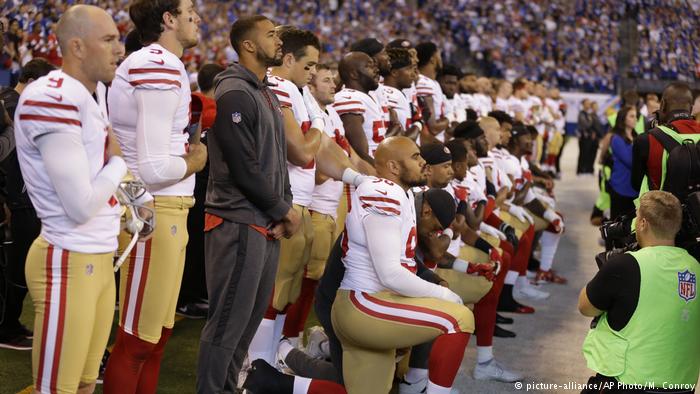 Another NFL weekend of players sitting or kneeling during the US national anthem — played before every sporting event imaginable in the US, even when no nations are involved — prompted Donald Trump to renew his criticism of the custom after Monday Night Football.

First, Trump issued a “big salute” to Dallas Cowboys owner Jerry Jones for saying he’d bench anybody who did not stand, before questioning the NFL’s special tax status, saying this should be revoked if players continued “disrespecting our Anthem, Flag and Country.” While the NFL — but not its teams — was once largely tax-exempt, it gave up that status two years ago.

The kneeling movement was started more than a year ago by quarterback Colin Kaepernick. Players sitting or kneeling are protesting against racial injustice and police brutality against African-Americans. About two-thirds of NFL players are black. The protests, which had been subsiding, really picked up speed when Trump began criticizing them, and after NFL player Michael Bennett alleged that Las Vegas police had used excessive force to detain him after a high-profile boxing match.

At the weekend, Vice President Mike Pence walked out before a San Franiso 49ers game in response to players taking a knee during the rendition of “The Star-Spangled Banner.”

NFL team owners will meet next week to consider a new “plan” put forward to try to balance players’ desires to protest peacefully, and the reactions of some fans and sponsors who dislike the action.

NFL Commissioner Roger Goodell wrote to team owners on Tuesday, saying that: “Like many of our fans, we believe that everyone should stand for the National Anthem. It is an important moment in our game. We want to honor our flag and our country, and our fans expect that of us.” 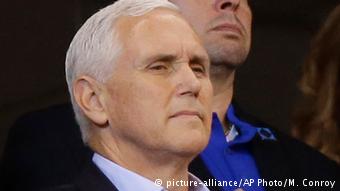 Goodell’s memo began by saying “we live in a country that can feel very divided,” before claiming that sports “and especially the NFL” was able to help people set such divisions aside. “The current dispute over the National Anthem is threatening to erode the unifying power of our game, and is now dividing us, and our players, from many fans across the country.”

Goodell went on to say that the league would review setting up an “in-season platform to promote the work of our players on these core issues, and that will help to promote positive change in our country.”

Spokeswoman Sarah Huckabee Sanders told reporters that the White House supported moves to force players to stand. “We are glad to see the NFL taking positive steps in that direction,” she said at a news briefing.

Questioned about Trump’s apparent error on the NFL’s tax status, she said: “The federal tax law doesn’t apply here, but certainly we know that they receive tax subsidies on a variety of different levels.”