You are at:Home»Science»New insect species mimics dead leaves for camouflage 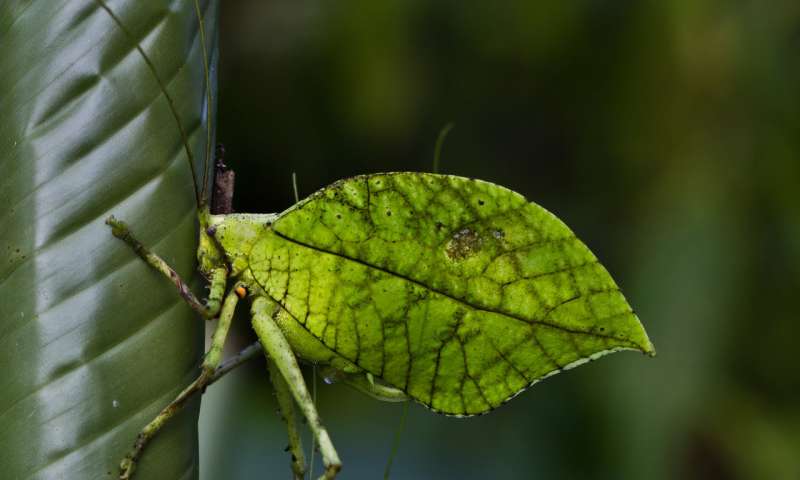 Scientists investigating the newly-described species, named Typophyllum spurioculis in reference to the vivid orange eye spots on its legs and its necrotic-looking wings, found that when the males sing the entire wing resonates at the frequency of the call – something which does not happen in other species of bushcrickets.

Usually the resonating call of a bushcricket is localised to the region where the sound originates, and is created by a plectrum on the right wing being plucked by a tooth-covered file on the left wing to produce sound vibrations. The plectrum is connected to a drum-like structure that works as a speaker to radiate and amplify the signal.

Significantly, the research team from the University of Lincoln, UK, found that in Typophyllum spurioculis, it is actually the whole wing, which resonates and amplifies the generated sound signals – and that song is so loud it is audible to humans.

The scientists also found that the females are larger than the males and also remain silent, with only the males employing their unusual acoustic abilities. Both sexes have wing regions that resemble damaged, discoloured leaves which provide excellent camouflage in the dense foliage of the South American rain forests, and are almost impossible to spot.

In another twist on the conventional rules of nature, researchers also found that the bright orange spots, which sit at the base of the bushcricket’s legs, are not to deter predators, but instead are likely to be involved in visual communication between the sexes. This is to be examined in future studies.

To uncover the biophysical properties, behaviour and ecology of the species for the first time, undergraduate Zoology student Andrew Alexander Baker produced the anatomical description of the species using illustrations to infer the arrangement of veins in the insect’s wing, and examined the sound producing structures of the wings in the males using advanced bioacoustics research techniques. 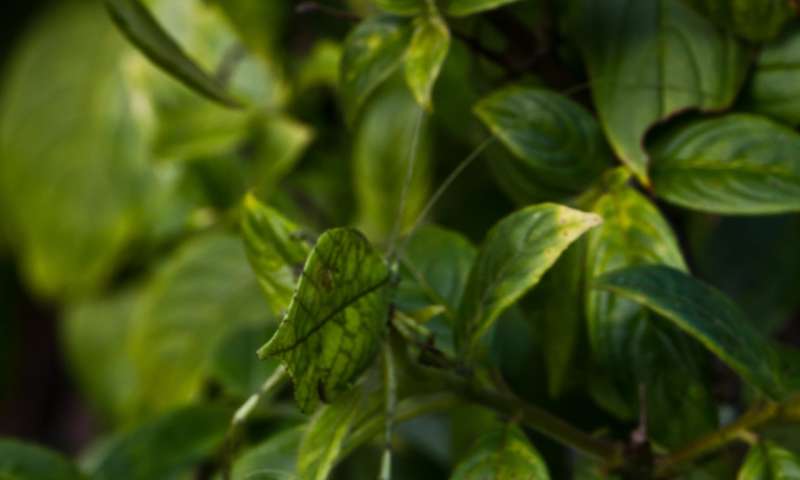 The study was led by entomologist Dr Fernando Montealegre-Z from the University of Lincoln’s School of Life Sciences. He said: “We wanted to find out more about this species, and we were very pleased to find an abundance of both sexes in the Cloud Forest of Colombia and Ecuador, something we had not been able to find before.

“To do this, we needed a keen ear and eye, and finding the animals proved to be particularly troublesome, so by listening to the males calling in the night and then locating them with a headtorch, we knew we were close to the females as well.

“We had to have a great deal of luck and patience as the females don’t sing, but we eventually managed to uncover three females as they are attracted by the calls of the males and will walk towards them. These three females then finally gave us the missing data to be able to properly describe these amazing animals as a new species. 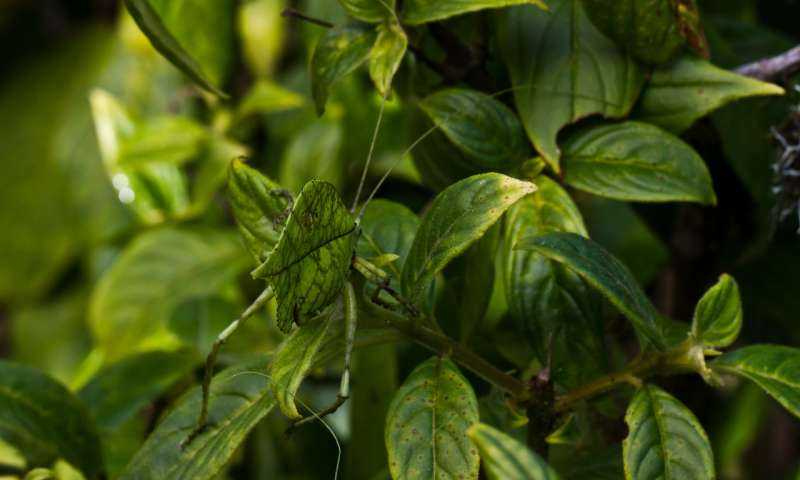 “The unusual whole-wing-resonance might partly explain why the male’s song is particularly loud and also in the range audible to the human ear, while its closest relatives are all singing at higher frequencies which we cannot detect with our ears.

“Using a combination of tools from classical morphology to the-state-of-the-art bioacoustics and laser Doppler vibrometry, we have now been able to describe this species for the first time, and our approach gives fresh air to classical taxonomy.”

The findings have been published in the Journal of Comparative Zoology.