You are at:Home»U.S»Mutant fish with two mouths caught by Russian fishermen

This terrifying mutant fish with two mouths gave fishermen a fright in Russia.

Their unusual catch appears to have a mouth on its neck as well as its face and a bizarre hook tail.

The men, who caught the monstrous creature in Primorsky Krai, off the country’s south eastern coast, can be seen showing it off in a video posted online.

Opening one of its mouths, the fisherman says: ‘We caught some kind of monster.’ 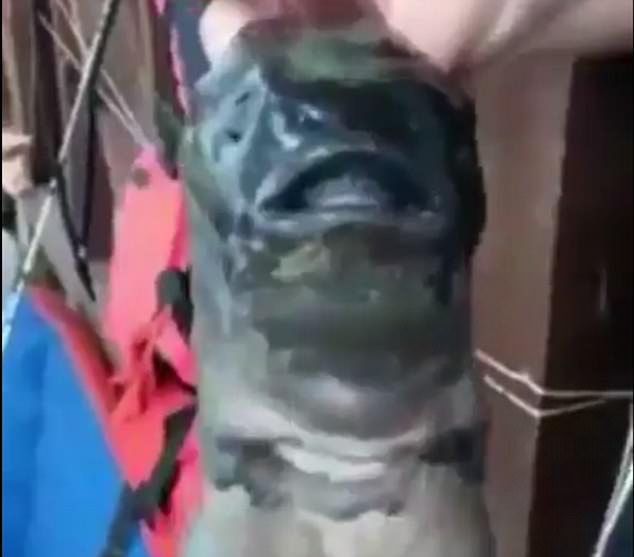 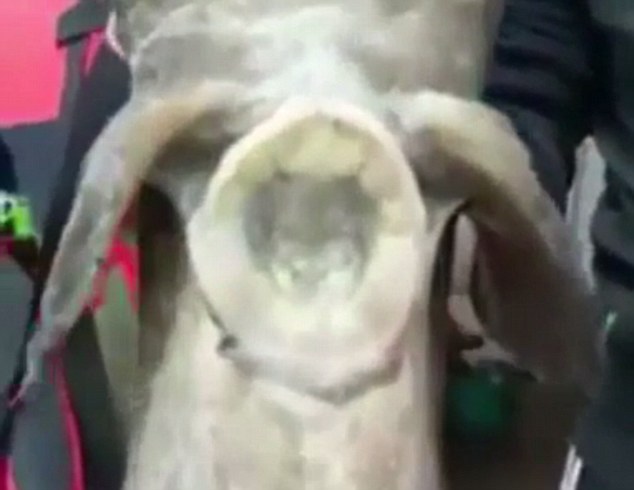 The bottom of it appears to be filled with a transparent liquid, which drips out as the men hold up the unfortunate looking fish.

They claimed the liquid could be the fish’s eggs, but had no idea what breed it was – or even if it was alive.

Internet users shared their thoughts on the weird creature.

Another, Galina Ignatenko, said: ‘Everything seems to be mutating in this world. The nature is avenging for people ruining it.’

One even blamed a nuclear disaster in 2011 for the fish’s frightening appearance, saying: ‘This is all possible thanks to Fukushima explosion.’

The incident at the Fukushima Daiichi power plant in Japan was triggered by a tsunami following the Tohoku earthquake and injured 37 people. 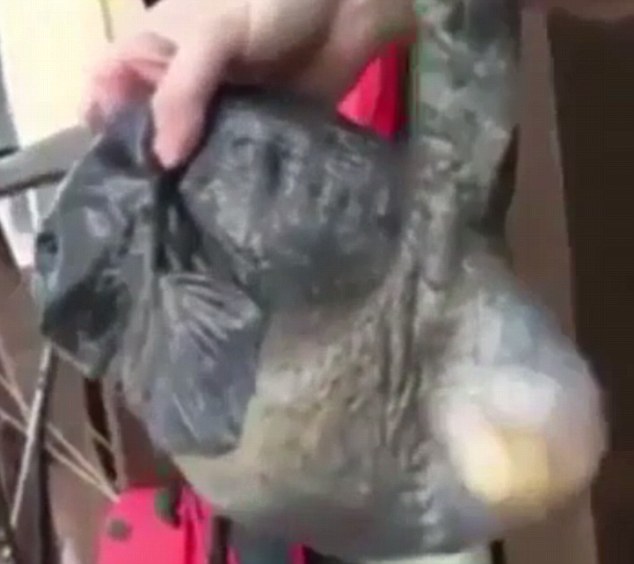 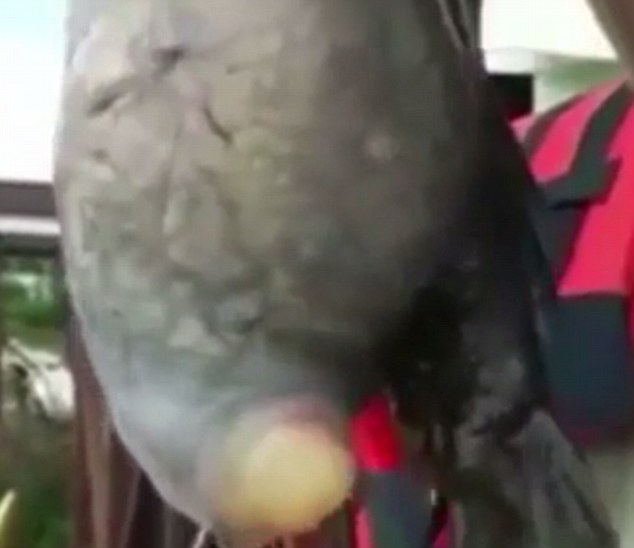