You are at:Home»Health»Mother Who Was Ordered To Vaccinate Her Child Didn’t Comply, And Now She’s Going To Jail 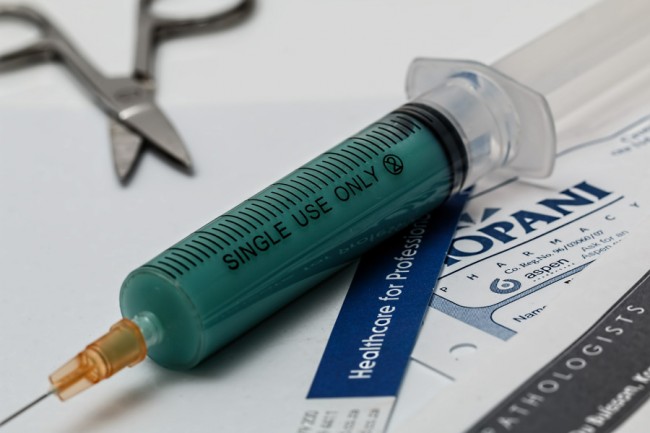 A mother who refused to vaccinate her child has been sentenced to seven days in jail for failing to comply with the court’s orders.

Rebecca Bredow, of Detroit, Michigan, spoke at a hearing Wednesday, Oct. 4, at the Oakland County Circuit Court where Judge Karen McDonald sentenced her for contempt of court. The court had ordered Bredow to give her son all his missing vaccinations within a week.

Bredow, citing her religious beliefs, refused to give her son the ordered vaccinations. She had previously spoken sternly against vaccinating her son, telling ABC news she’d rather go to jail than allow her son to receive a series of vaccinations in a week.

“If my child was forced to be vaccinated, I couldn’t bring myself to do it,” she said during the hearing.

The seven-day jail sentence is the latest development in a legal battle between Bredow and her ex-husband James Horne, who shares joint custody and wants his son to receive vaccinations.

Judge McDonald told Bredow she understands that she loves her son, but that the child “has two parents, and dad gets a say.”

According to court documents, Bredow was first asked to have the immunizations provided to her son way back in November 2016.

Michigan, for the record, allows parents to refuse certain vaccinations for nonmedical reasons. There are several factors that might convince parents not to vaccinate their child, including religious and philosophical beliefs, safety concerns, and a need for more information given by health care providers, according to a 2016 research.

Including Michigan, nearly 20 states allow parents to refuse immunizations for religious and personal reasons. The American Medical Association has long rallied against letting parents do this, saying vaccines could help prevent a number of diseases.

Vaccinating children has long been a topic of controversy among parents. Some are wary of injecting different fluids to otherwise healthy children, but the Centers for Disease Control and Prevention and the American Academy of Pediatrics both recommend for children to get vaccinated against 14 diseases by age 2. What’s more, the government supports vaccinations so strongly that a parent can take a child to a clinic and get shots for free.

Bredow, however, said she wasn’t against vaccination. She said it was about choice, about having the ability “as a mother to be able to make medical choices for my child.”

This article will be removed soon! For any further need, you can take notes.