Donald Trump’s famous six-second cameo in Home Alone 2: Lost in New York only came about because he demanded screen time in exchange for the use of his Manhattan hotel, claims Matt Damon.

In an interview with The Hollywood Reporter, the Oscar winner revealed fame hungry Trump’s demand from the 1992 movie was typical.

Damon, 46, claimed Trump’s desire to appear in film productions was well known in Hollywood, but some of his cameos would end up on the cutting room floor.

However, the star joked that the well-known scene of Kevin McCallister (Macaulay Culkin) bumping into the tycoon in the foyer of The Plaza – which he owned in the 90s – must have slipped through the cracks. 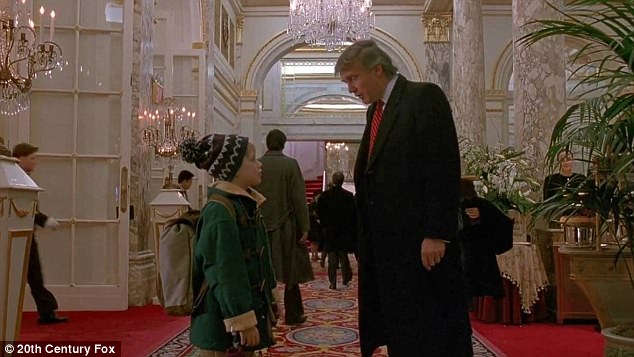 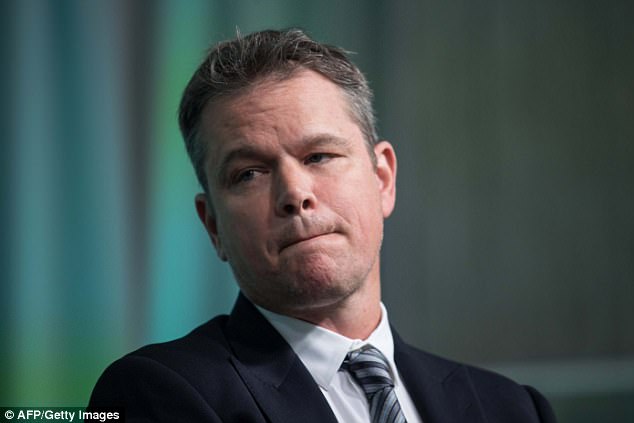 Damon who was on the promotional trail for his new George Clooney-helmed movie Suburbicon, recounted the tale of Trump and Hollywood directors, with an anecdote from Al Pacino’s 1992 hit Scent of a Woman.

‘[Director] Martin Brest had to write something in Scent of a Woman — and the whole crew was in on it,’ he said to The Hollywood Reporter.

‘You waste a little time so that you can get the permit, and then you can cut the scene out. But I guess in Home Alone 2 they left it in.’

The famous scene of mischievous Kevin McCallister wandering into the foyer of Manhattan’s legendary Plaza hotel reemerged as Trump began his successful run for presidency.

The short exchange between the two pop-culture icons was shot for the sequel of the 1990 smash hit Home Alone, which found Macaulay Culkin’s character incredulously abandoned again by his family at Christmas.

Kevin McCallister asks Trump, then aged 45 and a huge Manhattan celebrity, ‘Where’s the lobby,’ to which the billionaire owner of the hotel replies ‘Down the hall and to the left.’

In April, Chris O’Donnell, Pacino’s co-star in Scent of a Woman, explained how Trump nabbed himself screen time in that movie in exchange for use of The Plaza, only for it to be unceremoniously dumped in editing.

‘It was explained to us that in order for us to film at the Plaza, we had a little walk-on part for Donald and Marla,’ O’Donnell said on Conan O’Brien earlier this year.

O’Donnell elaborated that it was a non-speaking part that would have had Trump and his then wife Marla Maples getting out of a car.

He added that Trump hung around on set and then joked that the tycoon looked the same before hair and makeup, as after. 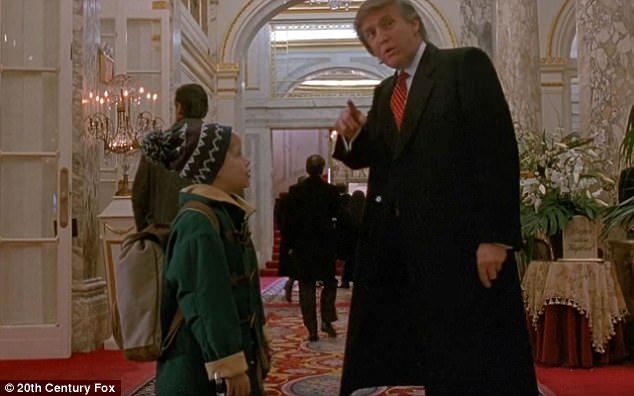 Matt Damon made his amusing revelation as he is drumming up business for his latest collaboration with his longtime friend, George Clooney, Suburbicon.

The movie is based on the real-life story of violent racial discrimination a Black family was subjected to when they moved to an all-white Pennsylvania neighborhood in the late 1950s.

A film, Damon notes, is crucial during recent events in Charlottesville.

‘A lot of people, myself included, are really waking up to the extent of the existing racism,’ Damon added.

‘And it’s so much worse than I naively thought. I just feel naïve at this point. It was shocking to see those kids — they looked 20 and 30 years old — in button-down shirts, with Tiki torches, walking down the street. I thought, ‘Those people are a lot younger than me. Who raised them?’

‘Again, I naively thought that, behind our generation, [another one]was coming with more awareness and inclusiveness, and that everything was getting better with each generation.

And to see these young, aggrieved, white boys walking with their torches and screaming ‘Jews will not replace us!’ It was just shocking. Then the night that the President [made his]‘many sides’ comment was absolutely abhorrent. Sadly, I feel the movie was made at the right time.’ 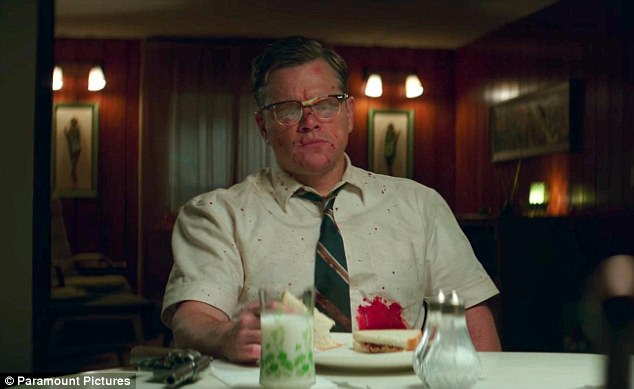