You are at:Home»Sports»Martin Sorrell says he remains bullish on India 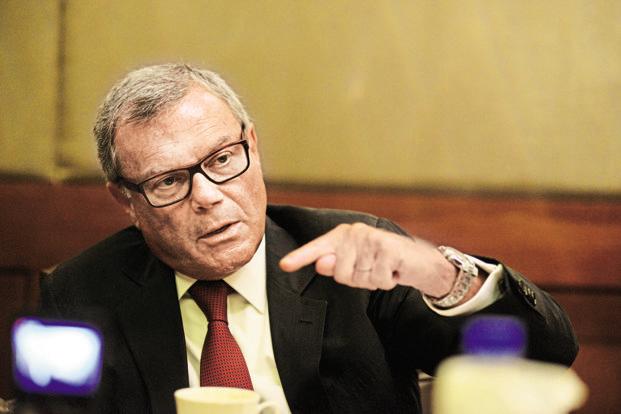 “I remain an Indian bull, I am not an Indian bear,” he said, at a press conference organized ahead of the WPP board meeting scheduled in New Delhi.

Although people, including within the company, are divided on the impact of both demonetisation of high-value currencies and rollout of the goods and services tax (GST) on the economy, Sorrell said, “I would say generally brand India is in strong shape. Under (Prime Minister Narendra) Modi, it has got considerably stronger.”

Not only did Sorrell reiterate his faith in India’s economic prospects, he echoed sentiments expressed recently by multilateral agencies such as the International Monetary Fund (IMF) and the World Bank.

At the same time, he joined a heated ongoing debate on the state of the Indian economy, with several commentators and political parties within the country accusing the Modi government of economic mismanagement. The debate was triggered by data showing economic growth had decelerated to 5.7% in the three months to June, the slowest pace in three years.

In India, the WPP Group operates advertising agencies such as J. Walter Thompson, Ogilvy and Grey Worldwide, among others, including a clutch of media agencies, digital, research and public relations firms.

The foreign perception of India, whether it is in the US or in the UK, is pretty strong, said Sorrell. “People’s view of India, and it goes beyond the expat community, is one of progressive change. And a country that is on the move. Bracket it, if you like, with significant fast-growth countries like China. If you look forward to the next 15-25 years, the relative role and importance of India will increase.”

From a narrow British perspective, India will achieve even greater importance post-Brexit, he argued.

“I remain very bullish on India. And not just in the short term but in the medium and long term. And the medium- and long-term prospects are even better,” Sorrel added.

According to Sorrell, while GST and demonetisation have caused disruption and posed problems to people, they were in the nature of absorbing short-term pain for long-term gain. “When you have legislative change, which brings about significant social change, you are going to get disruption,” he said.

Citing indices such as economic growth, average income levels and a sharp fall in poverty over the last 15-20 years, Sorrell said the country had made considerable, if not “fantastic”, progress. “That in my view is going to continue. And if I look at the potential of the country, it’s now $2 trillion in GDP and that’s getting into the big five European territory of markets like Germany, UK, France, Italy and Spain,” he said.

“So I am looking at a glass half-full and not the glass half-empty. That may be because if you have to be in advertising industry, you have to be optimistic,” he added in response to a follow-up question on the divergence of opinion between some sections of domestic commentators and the sentiments of foreign agencies.

Sorrell’s remarks, coincidentally come at the end of what is probably the best week of positive macroeconomic data in months. Not only did retail and wholesale price inflation decelerate and industrial output rebound, export growth, too, witnessed a double-digit spurt in September.

“Indian economy is resilient. There is no question about that,” said Pronab Sen, former chief statistician of India. Sen said that one possible explanation for the dissonance between perceptions of India among foreign investors and analysts at home was that the former care more about the health of the corporate sector rather than employment or poverty, which the latter are more concerned about. “The prevailing concern is not about whether the economy will grow at a particular rate. It is about how long the slowdown may persist and who will suffer during the period,” said Sen.