You are at:Home»Science»Lifeboats in Norfolk trialling DRONES in search and rescue

A lifeboat crew is trialling drones for use in sea search and rescue operations in what is thought to be a world first.

The independent lifeboat service at Caister, near Great Yarmouth, Norfolk, has a fleet of drones fitted with lights and cameras which feed live video footage back to screens on the boat.

This gives the lifeboat crew a better view of the water, and helps them find a person more quickly – potentially the difference between life and death.

Scroll down for video 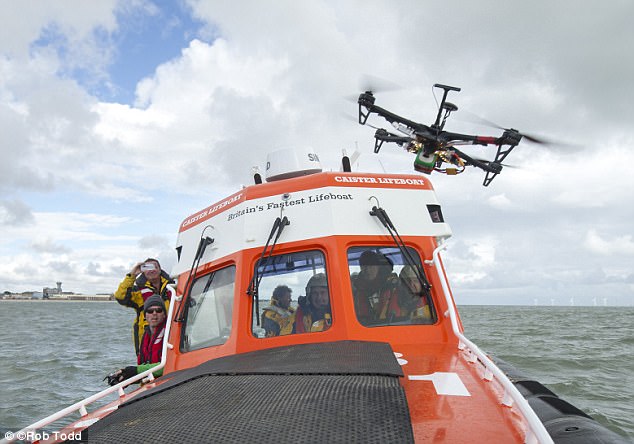 The drones launch from the front of the boat and perform an automatic box search around it.

The technology, donated by insurance company Direct Line, is still being tested, and discussions are ongoing with the Civil Aviation Authority (CAA) about bringing the drones into regular use on rescues.

The drones use Direct Line’s Fleetlights prototype technology, developed in 2016 in a bid to solve a lack of street lighting.

Drones fitted with a floodlight and controlled by an app would follow a person home at night, lighting up their journey, but the concept was not widely implemented due to regulations.

Drone expert Peter King, of Total UAV, is helping to develop the technology for the Caister team. 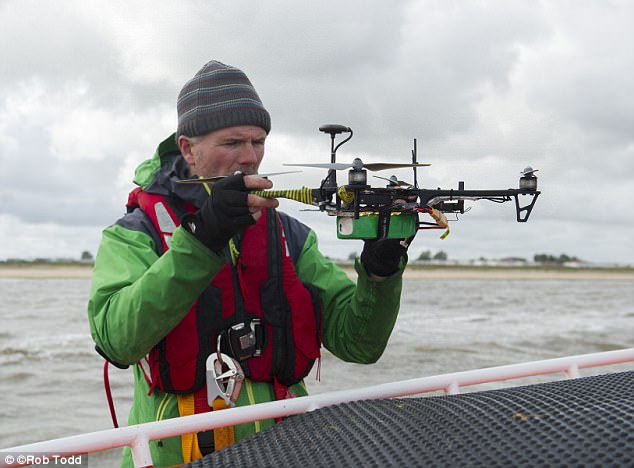 Asked about the benefit of using drones to rescue a person at sea, he said: ‘Normally you’re at sea level trying to look out from the lifeboat.

‘The swell is above the boat so you have to wait until you’re on the crest of a wave, and they might be in a trough.

‘They might be 20m away and you still can’t find them. 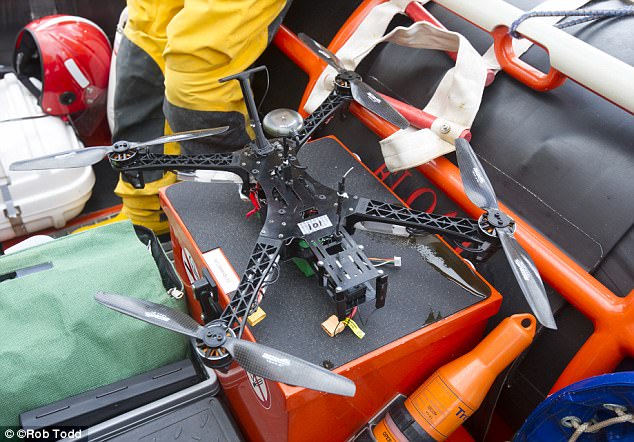 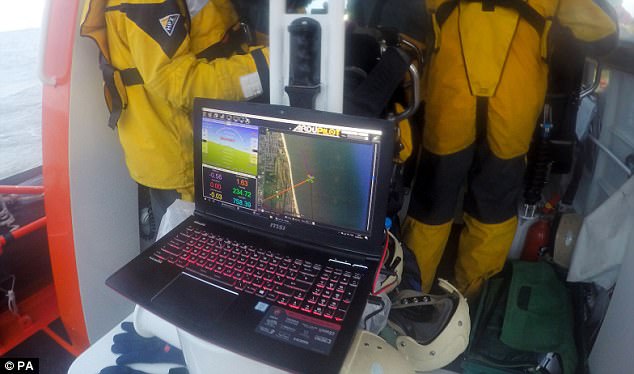 ‘Using the drones as an eye in the sky is like having multiple coastguard helicopters up there at the same time.’

The drones’ floodlights also provide a better view at night.

CAA regulations cap the maximum legal range of a drone at 500 metres, but Mr King said he hoped to put forward a ‘safety case’ for permission for the lifeboat drones to go further. 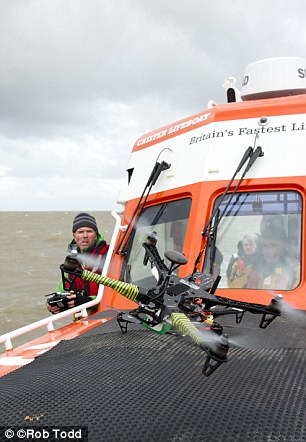 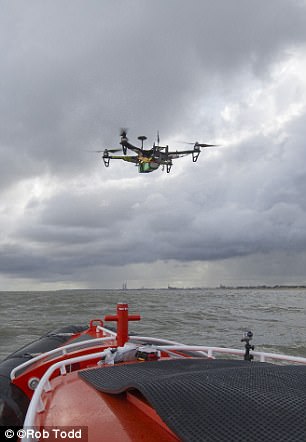 A CAA spokesman said permission could be granted in ‘certain circumstances for certain people’, but that drones could not sense and avoid other things to a high degree of accuracy so there were safety issues that needed to be worked through.

If a drone collided with a search and rescue helicopter the result could be ‘catastrophic’, the spokesman said, adding: ‘We absolutely want to support the use of drones so we’re an enabler for people using drones as long as they’re done safely, so the risk of harming people in the air is controlled.’

Paul Garrod, chairman of Caister Lifeboat, said: ‘In the past, there have been instances where we have been unsuccessful when searching for someone in need of help. 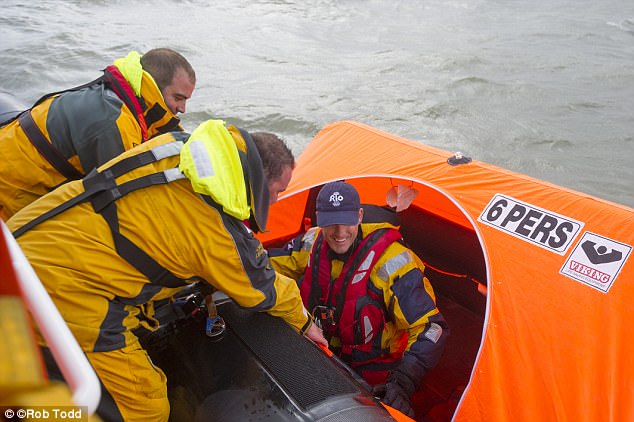 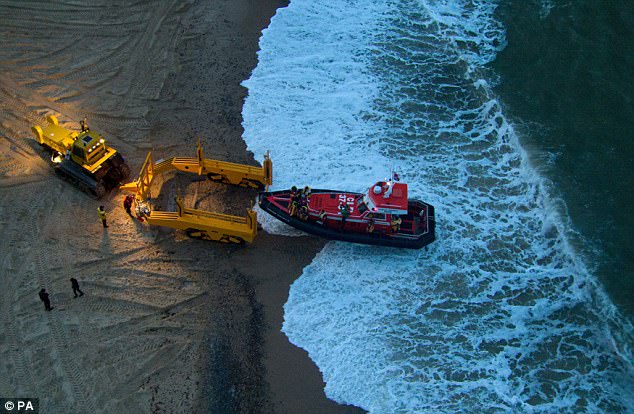 ‘Perhaps if we had been equipped with the drone technology, these searches would have had a positive outcome.

‘Improving visibility above and around boats, especially at night, will help us to locate those in danger much faster, meaning more lives could be saved.’

A Direct Line spokesman said the drones donated to the Caister team would be used in searches and as a proof of concept ahead of a meeting with HM Coastguard and the Department for Transport, where a national roll-out would be discussed.