You are at:Home»U.S»Leaving The Past Behind — Or Trying To — In Rushdie’s Latest 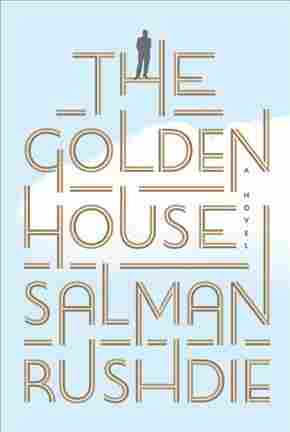 The author Salman Rushdie has set his books all over the world. His most famous novels — Midnight’s Children and The Satanic Verses — take place in India and the United Kingom, both countries where Rushdie has lived. His latest, The Golden House, is set in the city he now calls home, New York, and its themes are deeply American.

There’s a moment when one character says, “Your country is young — one thinks differently when one has millennia behind one; you have not even 250 years.” Does that youthfulness shape Rushdie’s view of the U.S.? “It’s a very interesting thing,” he says, “having been brought up in one very ancient country, India, and then having lived in a kind of reasonably old country, England, and then to come to a new country. They all have their slightly different characteristics.”

On the youthfulness of the United States

It’s just the weight of history — America clearly has some very heavy, and even dark aspects to its history. But it’s not like having a couple of thousand years, or three thousand years of history. The burden of history is greater. And so one of the things that happens in this book is that people from an old country, an Indian family, a wealthy Indian family — in a way, trying to shed the burden of their own history — comes to a country in which the subject of reinvention of the self is completely central. Everybody does it. People come through Ellis Island and change their names, people move from the Midwest to the big city and try and be new people, and it seemed appropriate for people from an old country trying to get rid of the shadow of the past, to come to somewhere where it’s possible to be new.

On whether it’s possible to shed your past

I think, in a novel, you can’t. I think in a novel, if a family arrives in Manhattan obviously concealing some very dark secret, it’s pretty clear that the secret is going to blow up in their face at some point. In real life, I think people do manage to leave the past behind and start again, I think New York is full of those stories.

That is the tragedy of the novel, that this family, you know, Nero Golden, the patriarch — which, of course, not his real name but the name that he takes — clearly has a lot of luggage. He’s somebody who … has had quite a shady past. And in trying to escape that past, along with his three adult sons, he is guilty, I guess, of a little bit of innocence. He really thinks that by coming to America, he can go beyond the reach of the, well, to put it bluntly, the gangsters who might be interested in harming him. But sometimes you underestimate the opposition.

On one character’s question: Is it worth writing about humans?

It’s obviously a tough question, because it carries with it a sense of despair. And I think at that moment [the narrator]looking at America is very disillusioned with his own country, very disillusioned with the choices it’s making and with what’s happening in it. And he asks himself, you know, “What is it that I’m a part of, and is it worth being a part of, is it worth writing about?” But I think clearly he, himself, doesn’t believe that.

Human nature is the same in all places, in all times, in all languages. And that makes it the great subject of any writer’s life, just to try and explore this vast ocean of human beings.

Even if it were grotesque, dark, and not worth it, it would be worth writing about … in a way, what the novel tries to present is a world that’s not grotesque, I say a real, credible world. A believable city, in a believable time, in which real characters, real human beings are having their lives. But then, when you ascend to the level of public life, you find grotesques and cartoons.

On writing about humans

I think humans are the most interesting thing I know about. They’re inexhaustibly interesting. And I think one of the great beauties of the novel as a form is that it shows us that human nature is the great constant. Human nature is the same in all places, in all times, in all languages. And that makes it the great subject of any writer’s life, just to try and explore this vast ocean of human beings.