You are at:Home»Entertainment»Larry King announces he was diagnosed with lung cancer 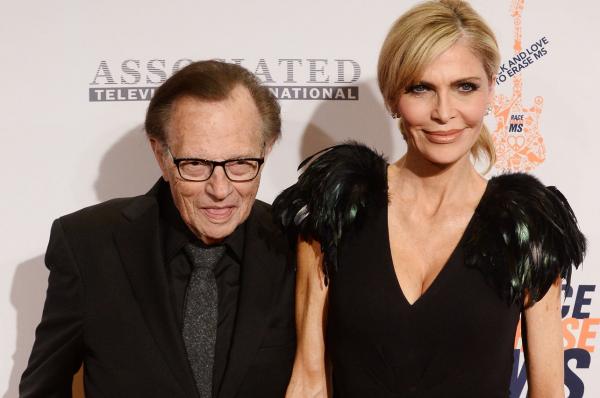 Sept. 14 — Larry King has announced that he was diagnosed with lung cancer in July and has already undergone treatment.

“It wasn’t really a battle,” King explained to Extra’s Mario Lopez about how he dealt with testing positive for lung cancer.

“Part of my checkup is the chest X-ray, and that is the protocol. I do it every year… it was always normal. Then the doctor says, ‘I see a little spot here. Let’s do a CAT scan, so they do a CAT scan, and they say, ‘Let’s do a PET scan’… I don’t think there are any other scans,” the broadcasting legend continued about how a small spot was found on his lungs.

“They took it out. It was malignant. They were going to take it out if it was malignant or benign. They tested it. They said, ‘You are fine.’ It was stage 1,” King said.

King underwent surgery at Cedars-Sinai Medical Center in Los Angeles on July 17. “The doctor said to me, ‘It was malignant but you were in the first stage. If it had stayed and we didn’t find it, you would have had trouble in two or three years, but we got it and you were lucky,’” King said in an interview with Us Weekly.

The 83-year-old then recovered for two weeks before he returned to work. “They showed me my latest chest X-ray, which is all clear,” he said. “It was fun to see where that spot was and there is no spot now. They took off 20 percent of the lung.”

King notably stopped smoking after he had a heart attack in February 1987 which he says contributed to the lung cancer. King has also previously been diagnosed with type 2 diabetes and prostate cancer which was treated with radiation and did not require surgery.