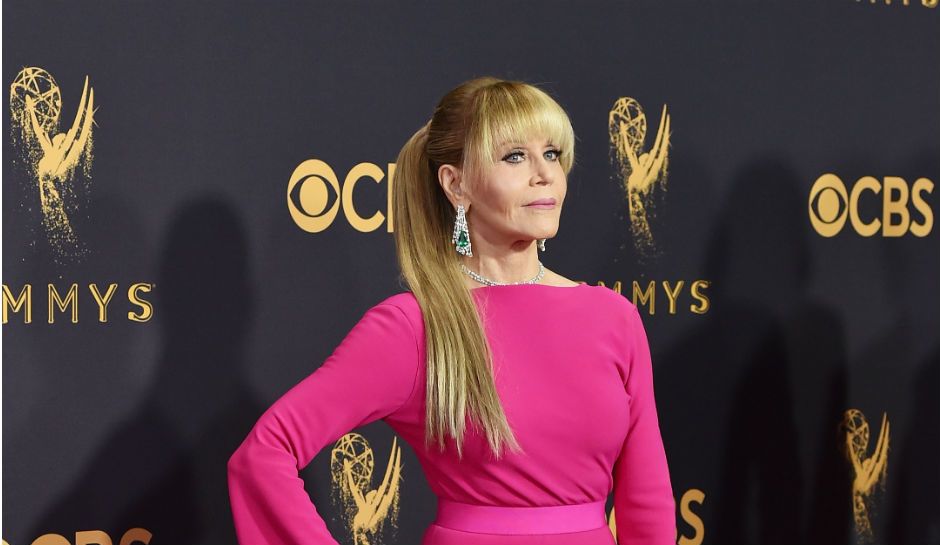 Jane Fonda’s appearance at the 69th Primetime Emmy Awards not only reunited her with her 9 to 5 co-stars Lily Tomlin and Dolly Parton, but it reminded fans that she can still rock a red carpet at age 79. Fonda, who currently stars with Tomlin on the Netflix comedy Grace and Frankie, stunned fans when she showed up at this year’s Emmys with a long ponytail, blunt bangs, and a bright fuchsia dress.

Jane Fonda will be 80-years-old in December, but she looked almost half her age with her Ariana Grande-style ponytail at the Emmy Awards. And that may not be a surprise as Fonda, who was nominated for Outstanding Lead Actress in a Comedy Series for her role as Grace in the Netflix hit, has an unexpected inspiration. It turns out, Jane’s muse is a 47-year-old music superstar.

Jane Fonda wore a custom Brandon Maxwell gown to the 69th Primetime Emmys, and she accessorized the dress with $2.5 million worth of emeralds and diamonds in a three-piece set by Gismondi 1754. Fonda’s jewelry haul included a necklace she wore backward to better show it off, according to In Style. But it was Jane’s chic hairstyle on the Emmy Awards red carpet that really had people talking. 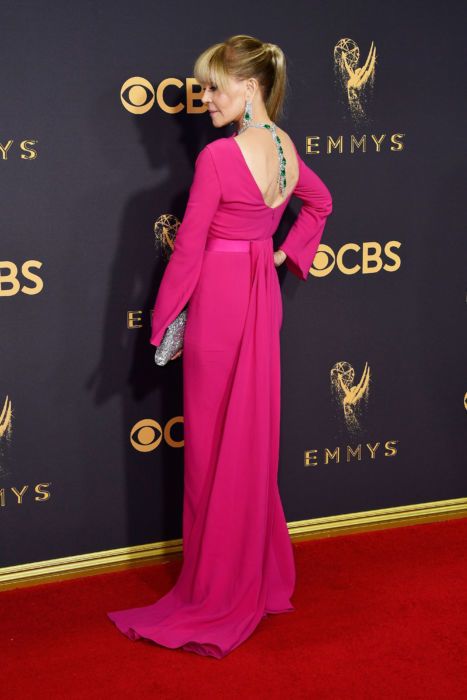 In an interview with Entertainment Tonight, Jane Fonda talked about her Emmys look. Of her ponytail, Jane admitted, “It’s not real.”

“I used to have hair this long but not anymore,” Jane told ET.

Jane Fonda also revealed that she gets her red carpet inspiration from Gwen Stefani.

“I watch what Gwen Stefani does on the red carpet and I copy her,” Fonda said of The Voice star. “And that’s the truth. It doesn’t come naturally to me but she does it so great. So I try to do what she does.”

Today is sponsored by Jane Fonda’s bangs and ponytail

Jane Fonda and her long ponytail extension already won all the awards. #Emmys

If Jane Fonda’s ponytail doesn’t have its own Twitter account by the end of the night, the world is upside down. #Emmy 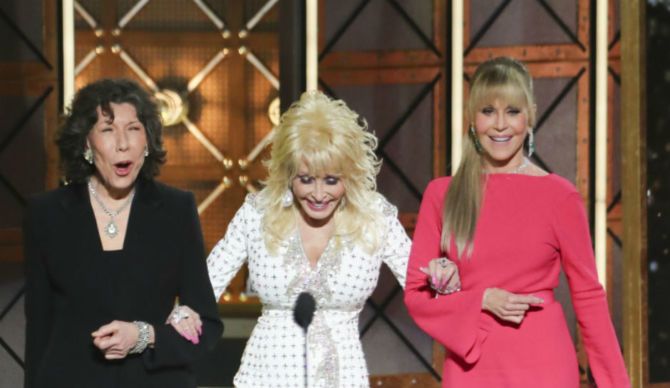