You are at:Home»News»Iraq’s Prime Minister says Tal Afar is ‘fully liberated’ from ISIS 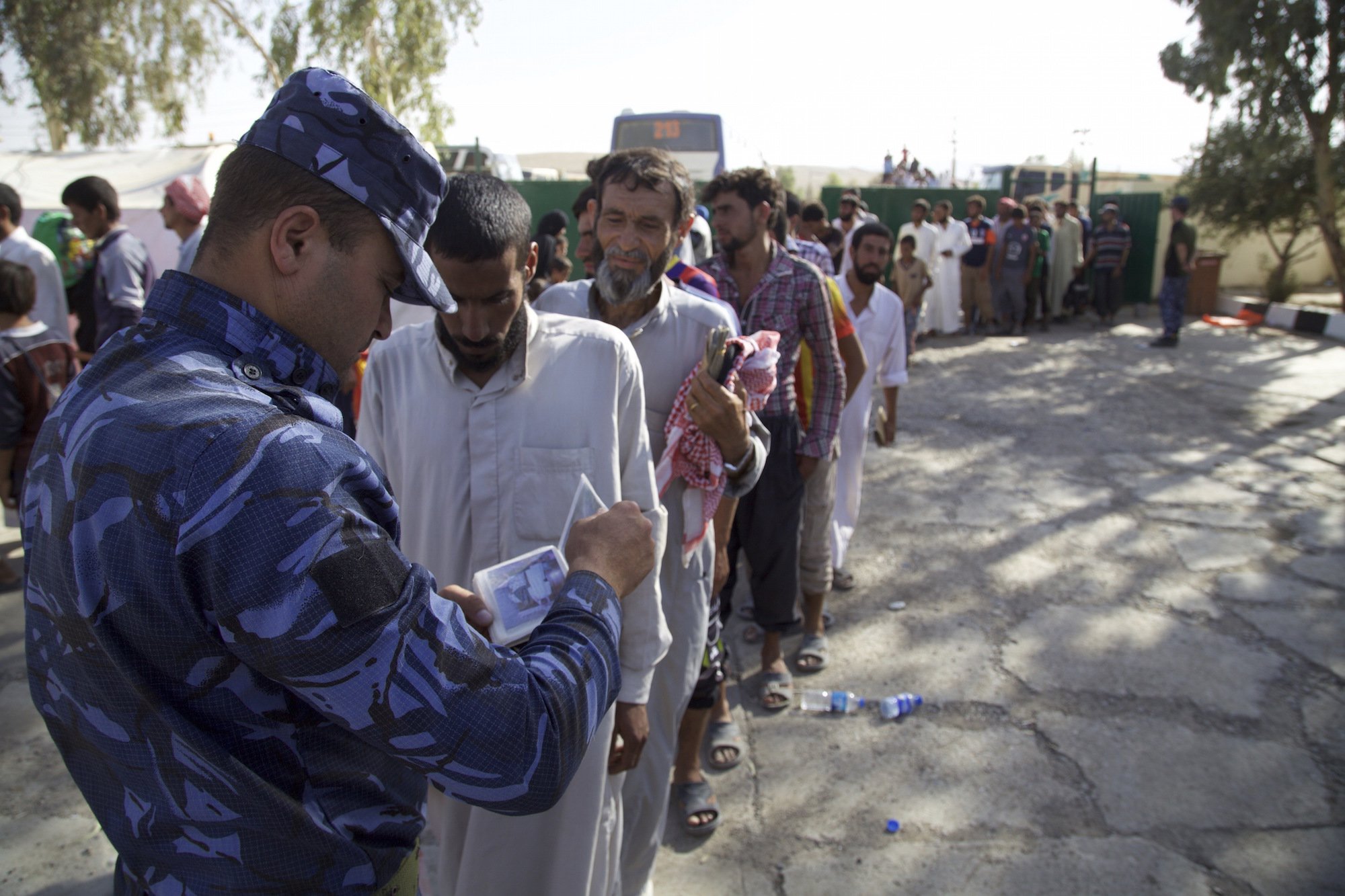 An Iraqi policeman checks the belongings of a group of displaced civilians at a collection point west of Mosul on the outskirts of Tal Afar, Iraq, Saturday, Aug. 26, 2017. Associated Press/Balint Szlanko

BAGHDAD (AP) — Iraq’s prime minister on Thursday declared the town of Tal Afar “fully liberated” from the Islamic State group after a nearly two-week operation, the latest blow to the extremist group which ran nearly a third of the country three years ago.

Iraqi troops “eliminated and smashed Daesh terrorists” in al-Ayadia district, about 10 kilometers (6 miles) northwest of Tal Afar, where the militants fled last week, Haider al-Abadi said in a statement. Daesh is the Arabic acronym for ISIS.

With Tal Afar liberated, all of Nineveh province — the first area ISIS militants captured in a 2014 blitz — “is in the hands of our brave troops,” al-Abadi said.

“To Daesh criminals we say: Wherever you are we will come to liberate and you have to choose only death or surrender,” he said.

Iraqi officials often declare areas liberated before the fighting has completely ended, and the militants have been known to carry out surprise counterattacks.

US-backed Iraqis troops launched the operation to retake Tal Afar early last week, a month after it declared the northern city of Mosul, its second largest, to be fully liberated. Tal Afar is about 150 kilometers (93 miles) from Syria’s border and it was among the last ISIS-held towns in Iraq.

Iraqi forces have driven ISIS from most of Iraq’s major towns and cities seized by the militants in the summer of 2014, including Mosul, which was retaken after a grueling nine-month campaign.

ISIS stills control the northern town of Hawija as well as towns in western Iraq near Syria.