You are at:Home»U.S»Investigator: Blood from carport matches slain woman’s DNA

Jurors in the Holly Bobo murder trial on Tuesday were shown photos of bloodstains taken at the scene of the crime and heard from the accused killer’s ex-girlfriend, who testified that he had threatened to do to her what he had done to the slain nursing student.

On the second day of Zachary Adams’ trial in Savannah, Tennessee, his former girlfriend, Rebecca Earp, who had dated the defendant for more than two years, recounted for the jury how he turned to methamphetamine and morphine.

She said that had occurred after his grandmother passed away and said that their relationship was punctuated by frequent fights and threats of violence on the part of her quick-tempered boyfriend.

On the morning of April 3, 2011 – the day of Holly Bobo’s disappearance – Earp said Adams kissed her on the head and left after telling her he was going to haul scrap metal, but she did not believe him. 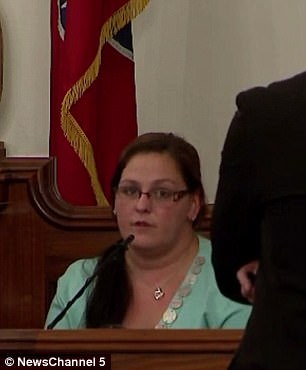 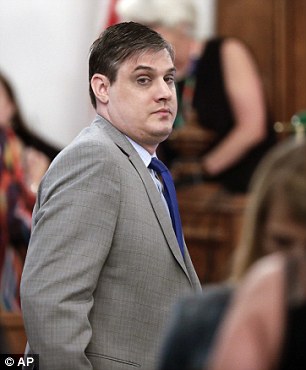 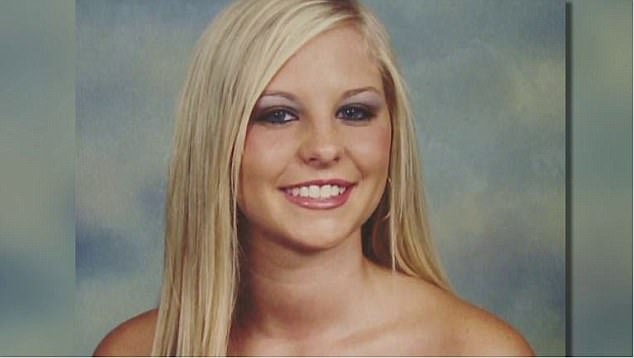 He later called her from his brother’s phone, which she said was unusual. When he came home that afternoon, Earp said she observed what looked like fingernail scratches on his neck and arms.

While watching a TV news report about the missing 20-year-old Bobo, Earp said Adams and his friend laughed and said police would never be able to find her.

When a couple of days later Earp confronted Adams about his activities on the morning the nursing student had gone missing and tried to break up with him, she said her boyfriend invoked Bobo’s name while threatening her with violence.

‘He said he would tie me up just like he did Holly Bobo and no one would ever see me again,’ she said, according to reporting by NewsChannel 5.

Adams, 33, has pleaded not guilty to kidnapping, raping and killing Bobo, who was 20 when she disappeared from her home in Parsons on April 13, 2011.

Her remains were found 3 ½ years later in woods not far from her home in Decatur County, about 100 miles southwest of Nashville. 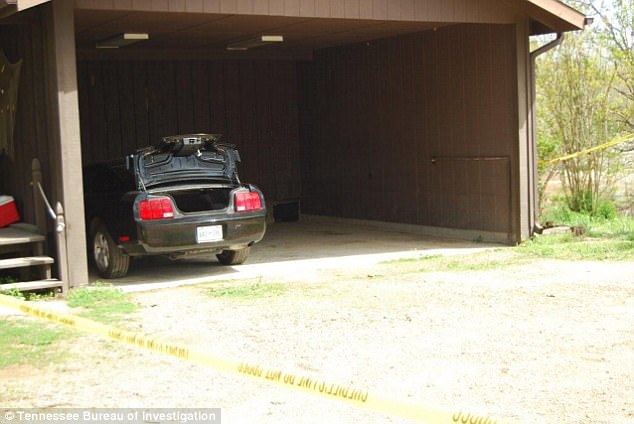 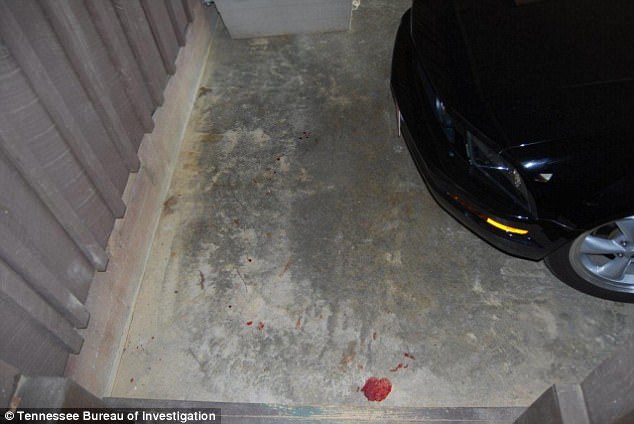 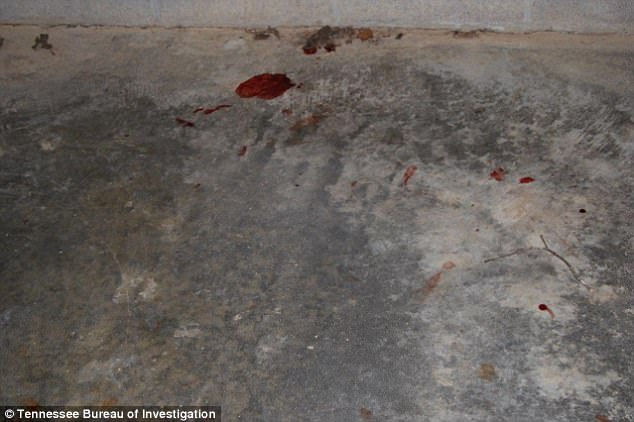 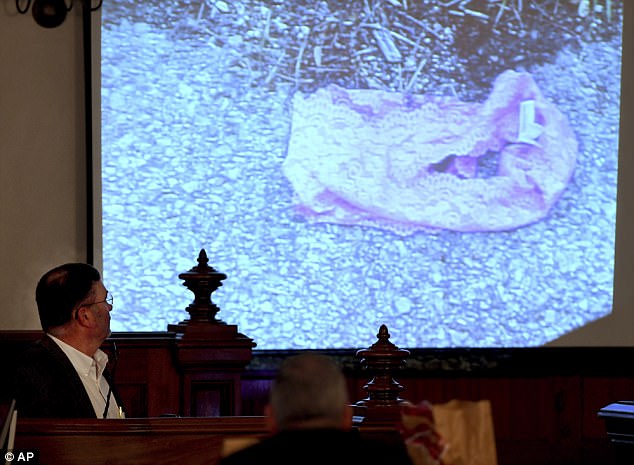 During her two-hour testimony Tuesday, Rebecca Earp also told the court about one instance in which Adams claimed that a blue Tupperware container held the remains of the missing woman. She said her boyfriend quickly changed his story and told her the plastic receptacle actually contained ‘the remnants of meth.’

Under cross-examination, Adams’ defense team tried to discredit the prosecution’s star witness by calling attention to Earp’s ‘foggy’ memory, the various conflicting statements she had given police and the fact that she and Adams had both been drug addicts.

When asked by defense lawyer Jennifer Thompson why, if she was in possession of incriminating information about her boyfriend, she failed to contact the authorities to claim a $250,000 reward that was being offered in the Holly Bob case, Earp replied, ‘I was scared,’ reported the Jackson Sun. 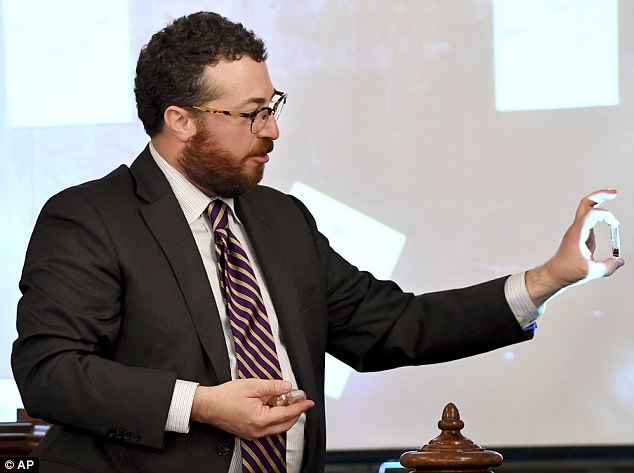 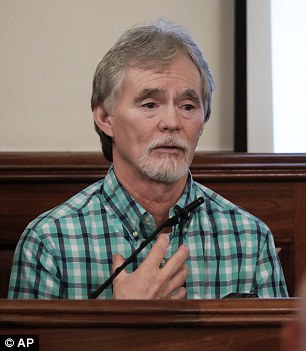 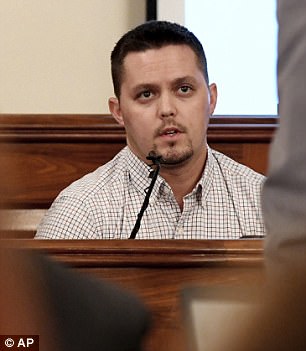 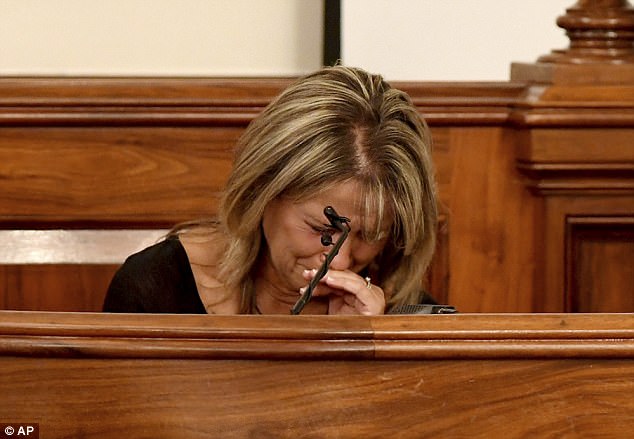 Bobo’s brother testified Monday that he saw his sister and a man in the carport before they walked together into woods next to the family’s home. Clint Bobo said he saw blood in the carport, but he did not know where it came from.

The blood found in the carport is the first forensic evidence related to Holly Bobo presented at Adams’ trial. The blood evidence suggests a struggle may have taken place. It was tested to determine not only if she was bleeding, but also to pinpoint whether the person who kidnapped her also was bleeding.

On Tuesday, the jury heard from Tennessee Bureau of Investigation Special Agent Lawrence James, who testified that blood collected from the carport at Bobo’s home matched her DNA.

‘There was a good amount of blood at the scene,’ James said.

Prosecutors say Adams, 33, took Bobo from her home, drugged her, raped her and killed her. Two other men, Jason Autry and Adams’ brother, John Dylan Adams, also face charges of kidnapping, rape and murder in the case. Their trials have not been set.

James, a forensic scientist, said one of five blood samples taken from the floor of the carport next to Bobo’s car yielded a complete DNA profile. 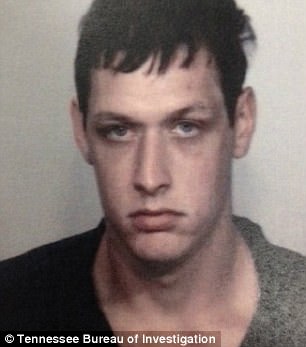 James said that complete profile matched Bobo’s DNA, which he had taken from underwear recovered from a hamper in the house. Two samples yielded partial profiles, and they also matched her DNA, James said. He was unable to build a profile from the two other samples.

Bobo’s disappearance led to a massive search of the fields, farms and woods of West Tennessee. Her case received national attention, and the Tennessee Bureau of Investigation said it was the most exhaustive and expensive investigation the agency ever conducted.

Adams, who has a criminal record that includes drug possession and assault, faces the death penalty if convicted of first-degree murder.