You are at:Home»Top Stories»Huge discovery deep in the solar system stuns scientists 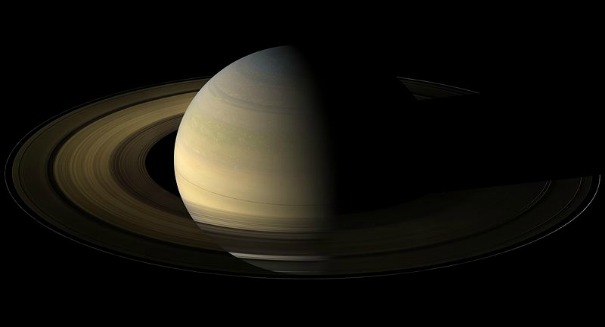 The Hubble telescope has just spotted the farthest active comet ever, and it’s headed straight for our solar system.

The Hubble space telescope never ceases to amaze, and recently it spotted something truly amazing by finding the farthest comet yet as it speeds toward our solar system. Hubble captured Comet C/2017 K2 (PANSTARRS), or just K2, as it swung around from the orbit of Saturn about 1.5 billion miles from the sun. An amazing video created by NASA on the discovery is embedded at the bottom of this post.

It is currently a frigid 440 degrees Fahrenheit, but as it approaches the sun, it will be surrounded by a “coma,” or a cloud of dust as its outer shell melts. The comet is huge, measuring about 12 miles across at its nucleus, and the coma would be 10 times the diameter of Earth.

NASA thinks that K2 began in the Oort Cloud that surrounded the solar system and has billions of comets. It would take about a light year to fully cross the Oort Cloud, and it is the source of many of the space rock that comes flying in our direction. It’s a fascinating place because it could reveal some of the secrets to how the solar system formed.

“NASA’s Hubble Space Telescope has photographed the farthest active inbound comet ever seen, at a whopping distance of 1.5 billion miles from the Sun (beyond Saturn’s orbit),” reads the NASA statement. “Slightly warmed by the remote Sun, it has already begun to develop an 80,000-mile-wide fuzzy cloud of dust, called a coma, enveloping a tiny, solid nucleus of frozen gas and dust. These observations represent the earliest signs of activity ever seen from a comet entering the solar system’s planetary one for the first time.

“The comet, called C/2017 K2 (PANSTARRS) or “K2″, has been travelling for millions of years from its home in the frigid outer reaches of the solar system, where the temperature is about minus 440 degrees Fahrenheit. The comet’s orbit indicates that it came from the Oort Cloud, a spherical region almost a light-year in diameter and thought to contain hundreds of billions of comets. Comets are the icy leftovers from the formation of the solar system 4.6 billion years ago and therefore pristine in icy composition.”