You are at:Home»News»How to fight climate change with what you eat

You hear a lot about what not to eat. This is different. 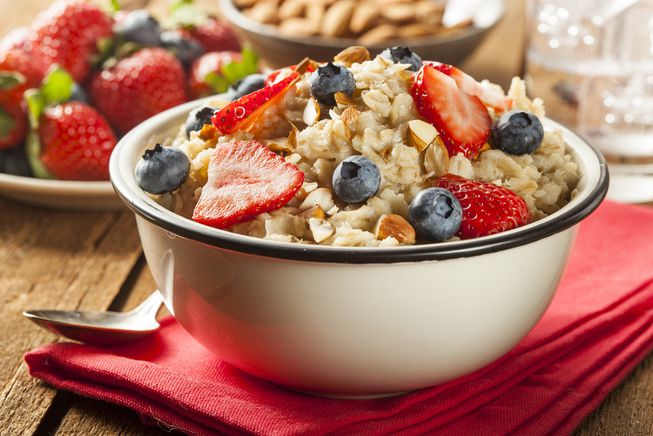 Richard Branson wants us to eat less beef. Rainforest activists want us to use less palm oil. Heck, some environmentalists are even worried about quinoa, although that turns out to be more about how it’s farmed and traded, not the product itself.

Eating with concern for how foods affect the environment — green eating — often is framed as a long list of what not to eat. But what about the foods we can eat, or should eat? What foods should we be indulging in?

Luckily, there are many delicious treats that may not just be less bad for the environment, but may have a positive impact on the Earth, even in this age of climate change. Here are some starters:

Many farmers in the Midwest see oats as a thing of the past, a throwback to their grandparents’ farms. A revival in oat growing, however, could have significant benefits beyond improving your cholesterol level. Oats are good for carbon sequestration and reduced emissions, according to Sustainable Food Lab:

“By increasing the number of plants on the landscape, with barley, oats, wheat or rye growing between crops of corn or soybeans, the soil is full of living roots much more of the time. These roots hold nutrients and moisture in place. When farmers grow small grains all the way to harvest, the soil gains more organic matter.”

Because corn and soy have become so profitable, the long-term benefits of incorporating crops like oats can be a hard sell. But the laws of supply and demand can help: The more oats we eat, the more farmers get paid. The more they get paid, the more they’ll grow.

You get the idea. Now go make a bowl of oatmeal.

Remember when we suggested that buying beer from solar-powered breweries was a viable way to fight climate change? Here’s another: Buy beer brewed from perennial grains.

Currently, that means Long Root Ale from Patagonia Provisions. It’s brewed from Kernza, a perennial grain variety domesticated from wheat grass. This super grain’s massive root system can dig 10 feet or more into the soil, sequestering carbon and coming back year-after-year without the need for replanting. Long Root Ale is one of the only commercial applications of this grain right now, but eventually The Land Institute — a nonprofit that bred it — hopes that it will replace wheat in bread and other products. 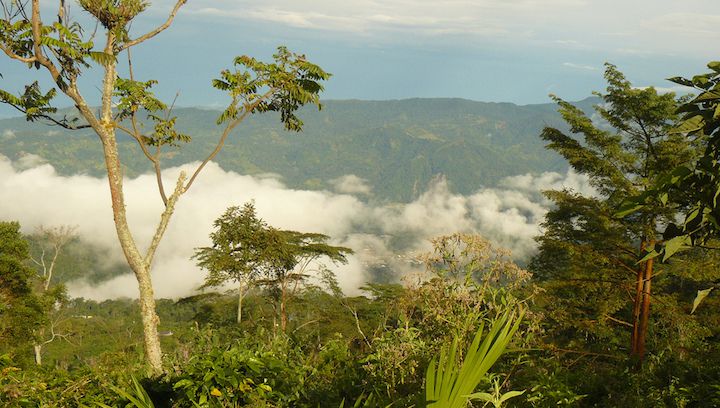 There was a time when shade-grown coffee was a rarity, but the mainstreaming of Fair Trade and direct-trade coffee has brought with it the mainstreaming of the “shade-grown” label. What does it mean? It’s actually the most natural way to cultivate coffee, a plant that grows in the understory of forests in the wild. Farmers will either grow their coffee under the original canopy, or they will recreate a canopy using more conventional agroforestry crops. While sun-grown (treeless) coffee farms may produce more in the short term, shade-grown coffee plants produce what some consider a tastier product and require lower inputs of fertilizers and pesticides. Shade-grown also sequesters a whole lot more carbon. According to the Smithsonian’s National Zoo & Conservation Biology Institute, one study on Indonesian shade‐grown coffee showed 58 percent more total carbon stock in soil and biomass than sun-grown coffee.

Seaweed: Some people say this salty plant could save us

My kids are crazy for those little seaweed snack packets, and while I can’t understand the attraction myself, I do understand that seaweed is healthy for you. It turns out — when farmed right — it can be healthy for the planet, too. According to National Geographic’s Ocean Views project, seaweed cultivation is on the rise and is one of the more benign forms of aquaculture. Specifically, it has been shown to require very few chemical inputs, has been linked with a reduction in overfishing due to the alternative income it provides local communities, and can create nursery habitats for young fish. Yale 360 also highlights the potential for kelp and other sea plant cultivation to sequester carbon, increase coral productivity and reduce ocean acidification. Be warned though — any booming industry can have negative impacts. Maine’s Ocean Approved is the first sustainability focused, large-scale kelp grower in the United States. Ask your local grocery store about their kelp cubes and seaweed salads.

Rice fields account for something like 20 percent of human-related methane emissions. And methane is a potent greenhouse gas. Luckily, farmers across the world have been collaborating with academics to develop new cultivation techniques. Under the banner of System of Rice Intensification (SRI), farmers are planting seedlings further apart, flooding them only periodically, and adding large amounts of composted organic matter. The results, in some cases, have been record-setting yields achieved with fewer pesticides and 70 percent less water than conventional methods. Thankfully, SRI rice also produces significantly less methane, with one Cornell study quantifying overall net greenhouse gas reductions of between 20 to 40 percent. SRI rice is available from California-based Lotus Foods under their More Crop Per Drop product line.