You are at:Home»Tech»Honda Civic 2017 Review

What’s it all about? Honda refreshed the Civic hatch range in May, following up on upgrades made to the sedan in 2016.

Chief among the changes to the tenth generation small car include new technology comprising an updated infotainment system, new safety, a new engine option and “the most sophisticated chassis design in Civic history”, featuring a MacPherson strut front and fully independent multi-link rear.

The changes see the Civic pitted against the Toyota Corolla, Mazda3 and Hyundai i30 in the increasingly cut-throat small car segment. 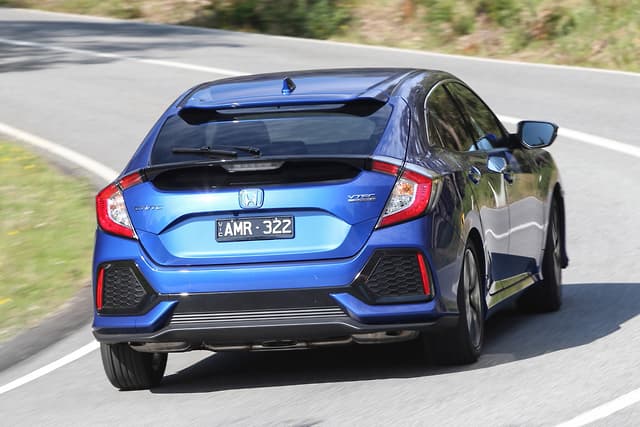 While the two lower-spec models make do with a naturally-aspirated 1.8-litre petrol, the VTi-L/RS/VTI-LX receive a new 1.5-litre direct-injection turbo-petrol offering 127kW/220Nm and claiming an average fuel consumption rating of 6.0L/100km.

The Honda is offered with a noteworthy five-year/unlimited-kilometre warranty, while servicing intervals are set more frequently than industry norms, at 10,000km or 12 months. A regular service is priced at $281, according to Honda. 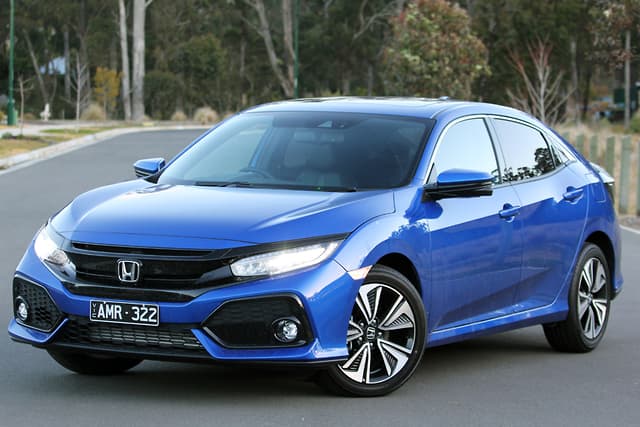 Why should/shouldn’t I buy it? The Japanese influence is strong in this Thai-built hatch, though there are some surprising concessions.

Front seat passengers are afforded excellent proportions, an assortment of (slightly unorthodox) storage including a hidden cubby under the dashboard centre binnacle and door pockets that are marginally too tight for bottles. 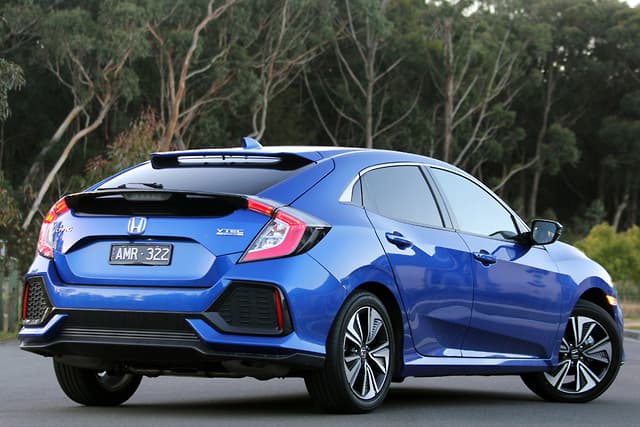 Furthermore, the 414-litre boot happily accommodates a couple of overnight bags, though not much more. The boot features a side-mounted blind for keeping good out of sight externally.

The Civic is a solid cruiser in daily conveyance, combining strong low-range torque and a nonchalant driving demeanour with an open air cabin that cleverly packages some of its features. The CVT naturally pushes for decent real-world economy, bringing a combined claim of 6.8L/100km during our time with the car.

The recipe is far from perfect, however, undone by excessive road noise (especially on coarse-chip bitumen), ever-present engine noise and a surprisingly busy ride, with road undulations reflected through its 17-inch wheels and into the cabin more prominently than some rivals. 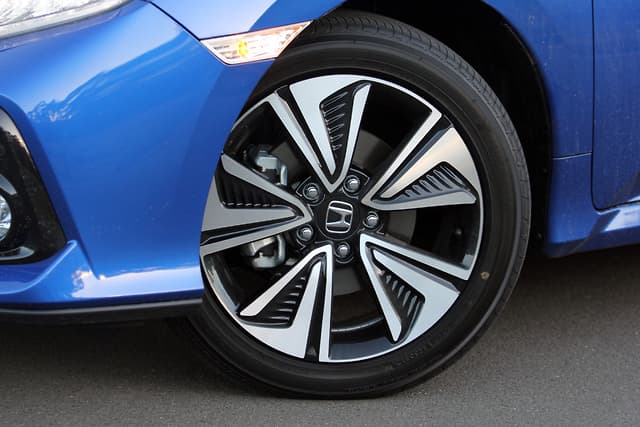 At 1365kg, the Civic is confident and composed on a winding country road, feeling its weight more than the likes of the Mazda3 and Hyundai i30.

Another surprise – especially for a Honda – is the use of hard-touch plastics on the door sleeves and thin carpet on the floor. This point is really accentuated in our supposed flagship version.

We had no complaints around the engine response and CVT, despite a propensity to break into a loud, raucous chorus when pushed, but Honda has seemingly overlooked other areas of the driving experience. For example, shifting the automatic gearshifter into D is met with a clunky, sometimes inaccurate action not familiar with most rivals.

The 7.0-inch display screen brought its own issues. The lack of physical buttons can make operating the screen on the move a little stilted and distracting. As an example, changing the climate control temperature or fan-speed is a three-step process.

Who will it appeal to? The Civic isn’t particularly sporty or comfortable dynamically, which places it in a confusing position among the highly-competitive small hatch market.

However, large interior proportions and well-presented instrument cluster suggest it will bring most appeal to mature drivers. The same can be said for the VTi-LX’s suite of active safety equipment, even though functions including the adaptive cruise control were overzealous in their inputs.

So, what do we think? The Civic hatch is a major step up on its predecessor, but in many respects, it feels about 10 years too late.

Prominent road noise, a relatively busy ride and some quirky cabin traits unseat many of the Civic’s formidable strengths. It’s a shame because in other respects, the Civic is a strong contender in the tightly-fought small car class.