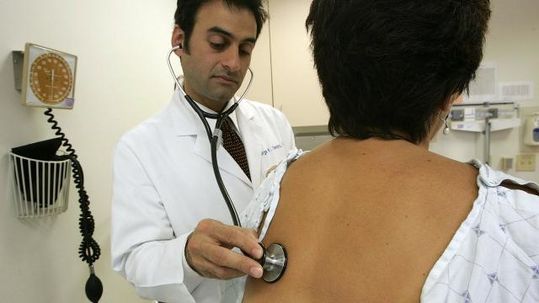 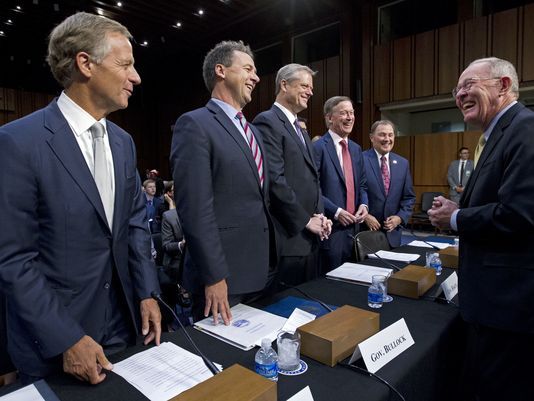 WASHINGTON — Governors from five states called Thursday on Congress to move quickly to stabilize the individual health insurance market and then embark on a serious effort to deal with skyrocketing health care costs.

“All of us — Republicans, Democrats and independents — should agree that our current path is not a sustainable one,” Tennessee Gov. Bill Haslam told a Senate panel.

The governors — three Republicans and two Democrats — testified during the second of four bipartisan hearings before the Senate Health, Education, Labor and Pensions Committee.

The panel is looking for a short-term fix to stabilize the individual market after the collapse of GOP efforts to repeal and replace the Affordable Care Act, or Obamacare.

The committee’s chairman, Sen. Lamar Alexander, R-Tenn., said he hopes senators can forge a bipartisan agreement by the end of next week and pass limited legislation by the end of the month to keep prices down and make it possible for everyone in the individual market to be able to afford insurance.

Congress must act quickly. New insurance rates for 2018 must be posted on the government’s website, healthcare.gov., by Sept. 27.

At Thursday’s hearing, the committee heard from Republican Govs. Haslam, Charlie Baker of Massachusetts and Gary Herbert of Utah and Democratic Govs. Steve Bullock of Montana and John Hickenlooper of Colorado.

A key issue is the future of federal cost-sharing payments to insurers that help them provide affordable coverage for low- and moderate-income families.

President Trump has threatened to end the payments, worth about $7 billion this year.

All five governors testifying Thursday urged Congress to continue the payments, echoing the pleas of state insurance commissioners who appeared before the panel a day earlier.

The governors also called for creation of a reinsurance program that would limit losses to carriers that provide coverage in the marketplace and for the federal government to give states more flexibility to design and regulate insurance plans more suited to their own needs.

“It’s time for the federal government to work with us, not against us,” said Hickenlooper, arguing that state efforts to bring down premiums have been frequently undermined.

Without the federal government’s help, trying to keep insurance affordable is “like climbing one of Colorado’s famous 14,000-foot mountains in winter without crampons,” Hickenloopper said. “It can’t be done.”

Alexander said one option for giving states flexibility would be to allow the governor or state insurance commissioner to apply for a waiver from Obamacare’s rules, instead of waiting for the state legislature to act. He also suggested a “copycat” provision so that when one state wins federal approval for a program or initiative, other states could quickly follow suit.

Once a short-term fix is enacted to stabilize the individual market, lawmakers can then move quickly to focus on how to make the market vibrant in the long run, Alexander said.

“I hope we can begin to spend most of our time on the larger issue of health care costs,” he said.

Two more hearings are planned next week. The committee will hear Tuesday from various health policy experts. Health care providers and other stakeholders will appear before the panel next Thursday.