You are at:Home»Tech»Giant robot battle between MegaBots and Suidobashi will happen on 17 October: Where to watch live

The American Eagle Prime Mark3 will fight Japanese Kuratas in an undisclosed location. 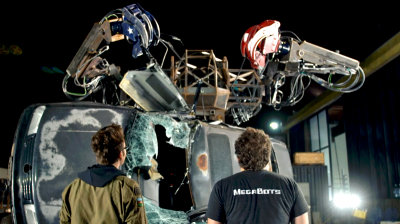 After nearly two years of, “Will they?”, “Won’t they?”, and “Why haven’t they?”, the giant robot battle that was to happen between USA and Japan will finally take place on 17 October.

The much-awaited battle of the bots will take place on 17 October at 10:00 PM ET. Viewers can catch the live stream on Twitch. The battle will be replayed on YouTube after it concludes at the MegaBots YouTube page.

The American robot is called the Eagle Prime and stands 16 feet tall and weighs 12 tonne. The Japanese robot is called Kuratas, a 13 foot tall 6.5 tonne, and they are set to go on an all-out war against each other.

The Eagle Prime Mark 3 has a 430hp engine and has a reported top speed of 193 kph. The Kuratas, in comparison, can only reach 10kph. The Kuratas, however, has a software advantage that powers its 30 hydraulic actuators, according to an earlier report by IBTimes UK. 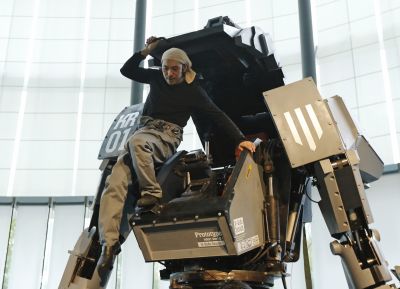 It is not clear where the battle will take place and the location is being kept a secret, but it is most likely to happen somewhere in California. This is done to avoid any delays and possibly for safety reasons.

The challenge was first presented by American robotics company- MegaBots to Japanese Kuratas in 2015. The Japanese accepted the challenge, going so far as to claim that “giant robots are Japanese culture,”

Since then it has been a bit of a back and forth where events were scheduled and then cancelled and postponed indefinitely.

By August 2015, it was reported that Nasa had joined MegaBots in their quest to create the ultimate giant battle robot. Since then, MegaBots was scheduled to fight drones, but the event never went through as planned because of what can only be described as cold feet from the event sponsors.