You are at:Home»News»Ghostly, translucent lobster hauled from ocean off Maine 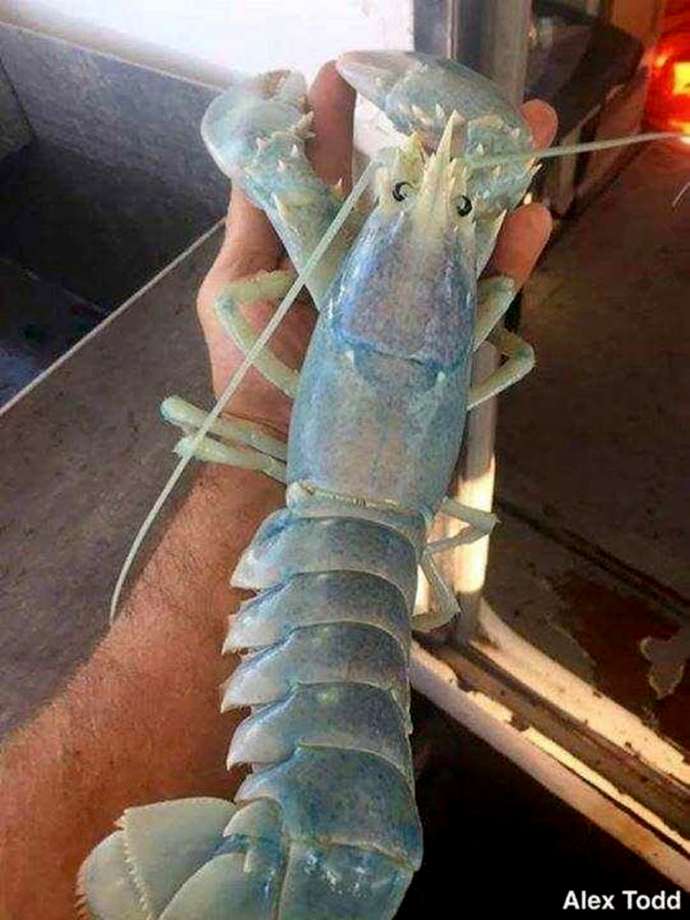 CUMBERLAND, Maine (AP) — Maine lobstermen Alex Todd has hauled in blue lobsters and even some lobsters that were half blue, or half orange. But he says those don’t compare on the scale of weirdness to the translucent crustacean that he recently pulled up in a trap.

The lobster that Todd caught on Aug. 24 is a ghostly, pale blue. It almost looks to be transparent.

Todd, from Chebeague Island, said he knew when he saw the translucent lobster in his trap alongside mottled green and brown lobsters that this was “definitely weird.”

His photos have made the rounds on social media.

As for the lobster, he tossed it back into the ocean because its tail had been notched, flagging the lobster as an egg-bearing female. Those lobsters are off-limits for conservation reasons.