You are at:Home»Science»Freon find deals blow to ET search

A compound thought to be an indicator of biological life turns out to be far more common than previously thought. Andrew Masterson reports. 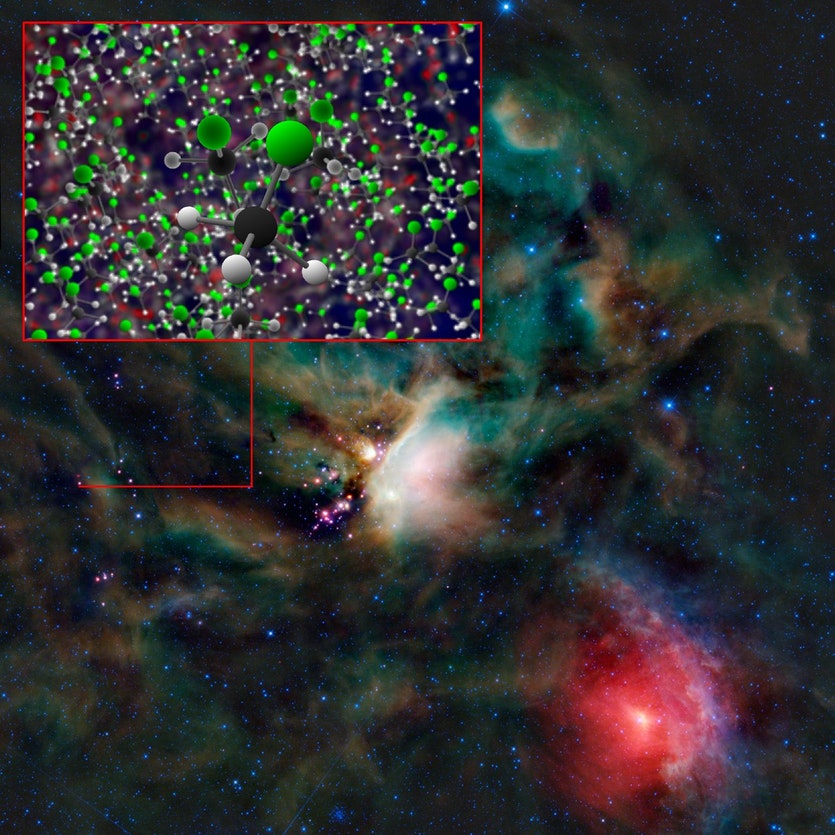 In a blow to the search for extraterrestrial life, astronomers have been forced to discard a chemical compound previously thought to be a reliable indicator of biological activity.

In a paper published in Nature Astronomy, the researchers report the detection of a compound comprising methyl chloride and chloromethane (dubbed freon-40) around an infant star system called IRAS 16293-2422, and in the vicinity of the much-studied comet 67P/Churyumov-Gerasimenko.

The detections were made using data from the ESO’s ALMA telescope in Chile and the ROSINA instrument onboard the observatory’s Rosetta probe, which is currently orbiting the comet.

Freon-40 is a type of compound known as an organohalogen. These contain a halogen – such as chlorine or fluorine – bonded to carbon and sometimes other elements. On Earth, they are created through a wide range of biological interactions, and by some industrial processes, including dye-making and pharmaceutical manufacture.

Because of its methods of terrestrial creation, many astrobiologists have pegged freon-40 as a possible indicator of life on exoplanets. And while this still might be correct, its presence in star systems and around comets writes it off as a reliable measure.

“Finding the organohalogen freon-40 near these young, Sun-like stars was surprising,” says Edith Fayolle from the Harvard-Smithsonian Centre for Astrophysics in Cambridge, Massachusetts, US, and a member of the ESO team.

“We simply didn’t predict its formation and were surprised to find it in such significant concentrations. It’s clear now that these molecules form readily in stellar nurseries, providing insights into the chemical evolution of planetary systems, including our own.”