You are at:Home»Health»Flu Season 2017: Which Type of Vaccine Should You Get?

It’s that time of the year again: flu season. Although the peak of illnesses usually doesn’t hit until winter, health experts are reminding the public of the importance of getting vaccinated. Each year, the strain of flu that affects people varies; therefore, different types of vaccines are needed to effectively protect against the common viral infection.

Although any approved flu vaccine offers protection, some protect against more strains than others do. For example, the trivalent vaccine protects against three strains of the virus—two A strains and one B strain. But quadrivalent, a newer vaccine, protects against all of the previously mentioned strains, as well as an additional B strain.

Quadrivalent is one of the many vaccines on the long list of shots approved for the 2017-18 flu season in the U.S. It should be taken in its injectable form, as health experts are advising against nasal flu vaccines. Here’s a table of all the recommended flu vaccines.

“There is no preference for one vaccine over another among the recommended, approved, injectable influenza vaccines,” according to the Centers for Disease Control and Prevention (CDC). 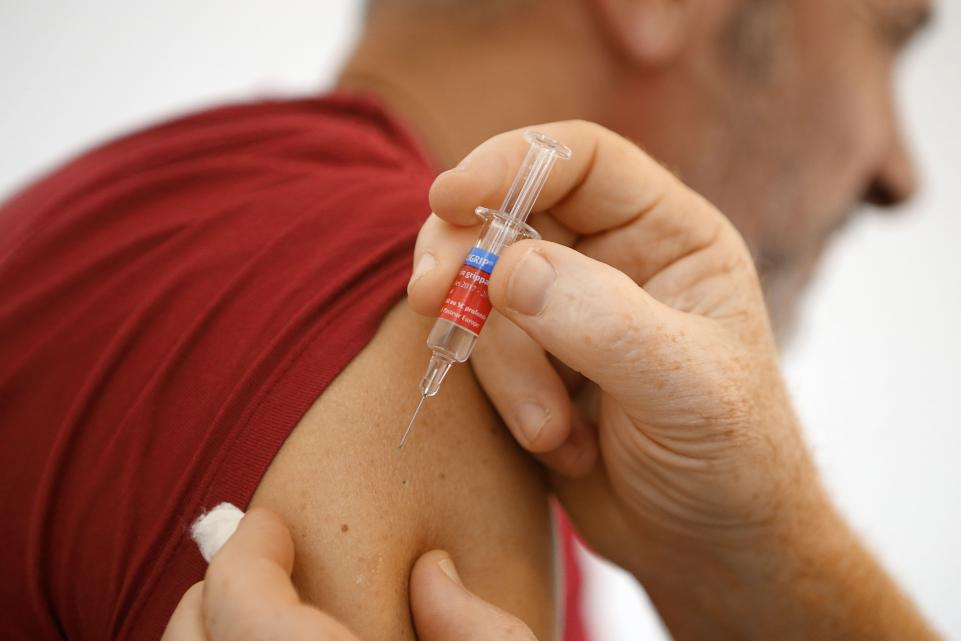 A doctor injects a flu vaccine into his patient’s arm in Ajaccio, on the French Mediterranean Island of Corsica, on October 6. Pascal Pochard-Casabianca/AFP/Getty Images

But Dr. William Schaffner of the Vanderbilt University School of Medicine believes patients should get the quadrivalent vaccine if it’s available, he told CBS New York.

“It looks like we have a very good match between what’s in the vaccines we’re using now,” Schaffner said. “We anticipate that the dominant strain will be a so-called H3N2 strain. And I mention that because it causes more severe illness generally but especially in older persons—people age 65 and older. More hospitalizations and, I’m afraid, more deaths.”

“There are many vaccine options to choose from, but the most important thing is for all people 6 months and older to get a flu vaccine every year. If you have questions about which vaccine is best for you, talk to your doctor or other health care professional,” the CDC advises.