You are at:Home»Entertainment»Fans Are Shaming Kylie Jenner For “Not Taking Birth Control” & It’s Unfair For So Many Reasons 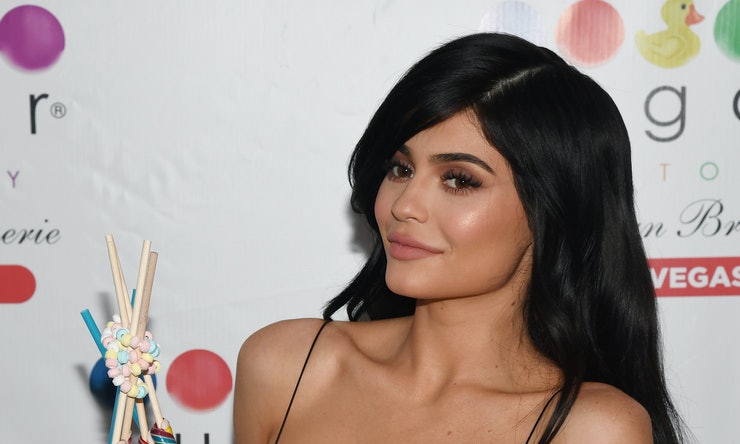 A surprise news report from TMZ on Friday claimed that Kylie Jenner is reportedly pregnant with a baby girl. According to sources, Jenner’s boyfriend Travis Scott is the father, and the couple has reportedly been telling friends about it this month. (Reps for Jenner could not be reached to confirm at this time.) And while many fans are thrilled for Jenner, some fans are already judging her for how the rumored pregnancy may have come to be. Yes, people are shaming Jenner for “not using birth control,” as if the 20-year-old’s pregnancy is an accident of which she should be ashamed.

Jenner is an adult who can make her own choices. She has spoken numerous times in the past about her desire to have a family, even stating once on Keeping Up With The Kardashians that she thought 25 was a good age to start and 30 was too late (that’s a whole other can of worms for another day). Sources have also claimed in the past that Jenner was interested in starting a family with Scott in particular, with Hollywood Life’s anonymous insider claiming in August 2017 that, “Kylie could totally see her and Travis having kids one day, she thinks they would be really cute.”

Sure, that rumor was only squashed a month ago, but, if Jenner is four months along as sources like PEOPLE have claimed, then it’s quite likely that it was her choice to begin starting the family she’s already talked about wanting.

“Guess Kylie Jenner hasn’t been Keeping Up With Her Kontraceptives”

“Guess Kylie Jenner hasn’t been Keeping Up With Her Kontraceptives”

kylie jenner may make more money in a year than i’ll see in my life but i can take my birth control correctly so who’s really winning here pic.twitter.com/Q7IdGBlWpA

kylie jenner may make more money in a year than i’ll see in my life but i can take my birth control correctly so who’s really winning here pic.twitter.com/Q7IdGBlWpA

But even if the rumored pregnancy wasn’t planned, to mock and belittle Jenner as foolish for not taking her birth control is ignorant and offensive. Yes, when taken correctly, the pills are 99.9 percent effective. But no contraceptive is foolproof, and Jenner has already spoken on the show about the fact that she is on birth control. In 2015, Kris Jenner walked into the kitchen to find Khloe Kardashian and Kylie discussing switching her birth control. Kylie was 17 at the time, and she is 20 years old now. The reality star could have been taking her birth control regularly and perfectly and still get pregnant. It’s hardly unusual, and it wouldn’t be her fault.

Even more importantly, even if she wasn’t taking it regularly or correctly, even if this was an accident in every sense of the word, all outlets are reporting that Jenner is happy to be pregnant. If true, this isn’t some horrible thing that is happening to her or which she should be judged. Her rumored pregnancy is not a mistake that she should be shamed for; it’s something that she’s wanted for a long time and is reportedly glad to be experiencing right now. The stigma against young mothers is a pervasive form of sexism, and, though it usually affects teen mothers more than any other kind, the fact that Jenner just turned 20 last month, and documented her adolescence on a reality show, has fans treating her like a child who can’t make her own decisions.

It gets even worse when you consider the fact that fewer people are shaming Scott for “not wearing a condom.” In fact, most people are joking that Scott’s next album should drop before his rumored baby does or cautioning him for getting involved with Jenner in the first place. None of that is surprising, considering how misogynistic internet chatter has always been, but it’s incredibly disappointing. Though the rumor has yet to be confirmed by the family, it’s no wonder that Jenner would have wanted to keep it to herself as long as she could. The second TMZ published a report, people were weighing in on her life like they knew anything about it and wagging their finger at her when no one knows the real story.

It needs to stop. Whether Jenner did or didn’t take birth control, whether she is or isn’t pregnant, no woman should be judged for having a baby. The reality star didn’t make this rumored child by herself and she certainly didn’t ask for anyone else’s opinion on her personal life when the cameras aren’t rolling. So keep that opinion to yourself.