You are at:Home»News»Explained: EFTA, the EEA, and why even some Brexiteers are now embracing the Norway model 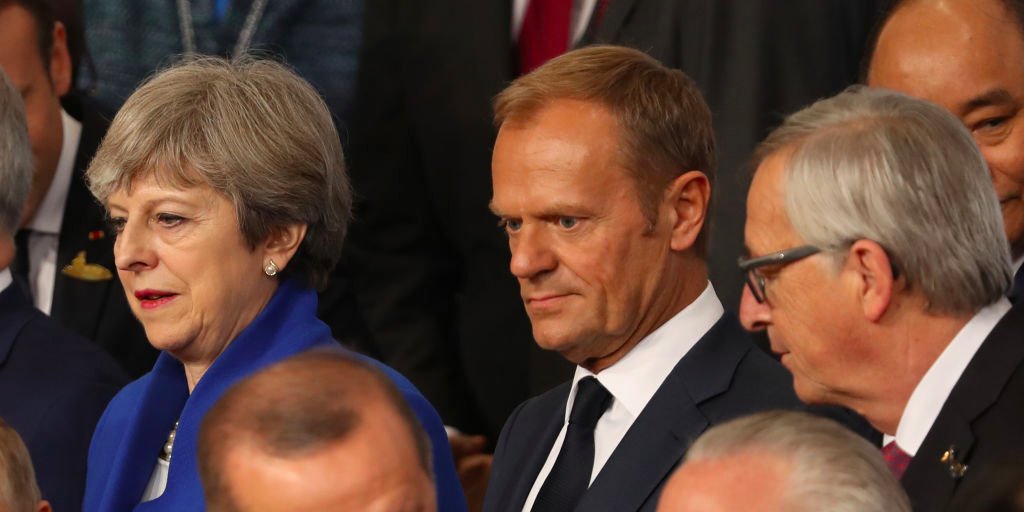 LONDON — With Brexit negotiations stalled in their early stages and Britain’s exit date rapidly approaching, earnest discussions are underway about what the UK can do to avoid a “cliff-edge” Brexit.

One option now being openly considered by the government is that they follow aspects of the so-called Norway model of retaining close ties to the EU without being a fully paid-up member. Supporters of this model, which include figures from both the Remain and Leave camps, argue that this ‘softer’ version of Brexit would allow the UK to get as close to “having its cake and eating it” as possible.

They argue that the Norway model would allow Britain to both retain full access to the European single market as well as “take back control” of policy areas that for decades were handled by the EU.

So would it be possible, or desirable for Britain to follow the same path as our Norwegian neighbours?

The “Norway model” would mean Britain becoming members of two key European organisations — the European Free Trade Association (EFTA) and the European Economic Area (EEA). Norway, like Lichenstein and Iceland, is a member of both.

EFTA comprises the three countries listed above plus Switzerland, and facilities free trade between all four. The trade group has also signed free trade deals with various non-EU countries, Canada, Mexico and others.

The EEA, on the other hand, is a collaboration of all EU member states plus Norway, Lichenstein and Iceland. All EEA members — including the non-EU members — enjoy full access to the coveted European single market.

The UK quit EFTA in 1972 but has the option of rejoining the group and then becoming part of the EEA as an EFTA member. Only EU or EFTA members can currently become contracting parties to the EEA, meaning if Britain wants to secure full access to the single market after Brexit, joining EFTA is in theory, the most straightforward route.

The Norway model’s chief selling point is that it would allow Britain both to retain full access to the single market and regain control over powers that under EU membership are controlled by Brussels. For example, non-EU members of the EEA are not in the customs union, meaning they can strike new trade deals around the world, something that Brexiteers like Trade Secretary Liam Fox argued is one of the biggest benefits of Brexit.

Joining the EEA as an ETA member will allow “democratic revitalisation at home and the restoration of sovereignty on a manageable scale,” Oliver Norgrove, a former Vote Leave campaigner who is now a member of EFTA4UK, told Business Insider this week. Norgrove previously supported a hard Brexit but describes himself as “converted” from a hard Brexiteer to an advocate for a softer version i.e. the EFTA-EEA route.

“It [the Norway option]is very often framed as a compromise but that doesn’t do it the justice it deserves,” he says.

“The EEA allows us to get our competencies back — but not too many,” Norgrove said. “One of the issues with leaving everything and what we call a hard Brexit is we all have these competencies coming back to Westminster meaning we’ll have to carve, draft and administer new policy all across the board and that is very tough to do.

“The referendum result wasn’t a landslide. I think Brexiteers are guilty of not necessarily treating this as a national pursuit and they think it’s their toy to play with. We need to think of as where we go as a country. Single market membership through EEA is a good compromise as far as acknowledging the concerns of most of the country. It’s a wretched phrase but we are all in this together and the effects of Brexit will impact all of us.”

The Norway model is an “off-the-shelf” solution which means Britain will be able to replicate an existing political framework rather than attempt to create a range of whole new structures. “Rejoining EEA by virtue of EFTA gives us the most stability politically, legally and economically,” Norgrove told BI.

Another major upside of the Norway route is that joining EFTA is a relatively straightforward process. A state cannot join EFTA while in the EU but can apply to join while an EU member state. So, in theory, Britain could submit an application tomorrow. From there, the length of time from application to accession could be less than a year, according to David Phinnemore, Professor of European Politics at Queen’s University Belfast.

Professor Phinnemore explained the process to BI this week:

“It should be quite straightforward. A country applies, EFTA takes a decision in the Council, which must be unanimous among the four EFTA states. They have to agree on the terms but those a relatively straightforward.

“The two things are to be aware of are 1) the UK would not automatically become part of the various free trade agreements EFTA has with non-members, so there would need to be negotiations around that, and 2) the decision which the EFTA ministers make would require approval at national level from all four states i.e in national parliaments. There could be a hold-up there — but I can’t see it.”

Prime Minister May has long been hostile to European judges having sway over UK law and has made total judicial independence for the UK a red line in her Brexit strategy. “We will not have truly left the European Union if we are not in control of our own laws,” she declared in her Lancaster House speech in January.

Joining EFTA will not subject Britain to European judges in any foreign court. However, joining the EEA as an EFTA member would require Britain to accept the supervision of the EFTA court. The EFTA court handles Iceland, Liechtenstein and Norway’s dealings with the single market — and Britain would not be exempt. Clearly, this would be a difficult pill to swallow for staunch Brexiteers who oppose interference from all foreign judges.

Here’s the thing, though: Britain will likely be forced to accept the interference of European judges after Brexit, whether the prime minister likes it or not. This is because a UK-EU post-Brexit free trade deal as deep, multifaceted and wide-ranging as the one May has envisioned will be far more complex than any deal the EU has negotiated before, and will almost certainly require a judicial body to oversee its creation and implementation.

“This is certainly an idea out there at the moment,” Professor Phinnemore said. “You wouldn’t want to create additional structures and Carl Baudenbacher, EFTA court president, signalled that they could explore the option of allowing EU-UK disputes to be referred to the EFTA court. It’s certainly out there for possible consideration.”

Ultimately, the idea that Brexit will mean a total escape from the sway of European judges is a far-fetched proposition.

The biggest sticking point when it comes to the Norway model is what it would mean for immigration to the UK. All EEA members are required to accept the ‘four freedoms’, including the free movement of people. Again, this would be a tough pill to swallow for Westminster Brexiteers, and would likely trigger a backlash from Leave voters.

However, Article 112 of the EEA Agreement does allow non-EU member states to opt out from any of the four freedoms if they are facing serious economic, societal or environmental difficulties as a result of the freedoms. For example, Lichenstein used Article 112 to impose controls on EEA migration due to concerns regarding its modest size and whether it was able to handle a huge influx of people.

Norgrove concedes it is very unlikely Britain would be able to negotiate a similar opt-out. “I don’t necessarily think the UK could arrange the same sort of thing,” he said. This is a view shared by most academics and commentators.

However, with the latest figures showing that net migration to the UK this year was 81,000 less than the number recorded in 2016, it may well be the case that by the time Britain leaves the EU, there will be a clear desire among politicians and business people for more EEA citizens to be allowed to come and work in the UK. Immigration was arguably the most prominent issues during the referendum campaign, but public opinion could quickly shift should a pre-Brexit economic downturn await.

And as a Brexit cliff-edge approaches, the appeal of the Norway model could well grow both inside government and the country.