You are at:Home»Tech»Elon Musk Ruined eSports With an A.I. Bot, But It Has Further Implications
As everybody knows, Elon Musk isn’t happy just making electric cars. He’s like a catalyst for evolution who wants to change the world. But while space exploration grabs all the headlines, we think the artificial intelligence research company he founded, OpenAI, is more probably important.

3 photos
The 10-man team developed a self-learning bot for one of the most complex games in the eSports community: Dota 2. Why is that important? Because games are a good way to test if an artificial agent can adapt and do complex tasks in a changing environment.

In the beginning, the bot was given simple guidelines, like avoiding driving, getting the last hits on minions to gain experience and not taking damage from the opponent. After that, it was allowed to play thousands of games against itself to come up with strategies.

The professional players who 1v1 against it and lost say that it doesn’t respond to provocations; it just executes its strategy to perfection. That’s probably the most interesting thing of all. Basically, it’s like a driver who never takes any risks yet gets to its destination faster than you.

In front of a huge crowd, the bot was loaded from a flash drive and beat one of the biggest Dota 2 players in the world. Of course, that’s typical of how Elon Musk does things.

Okay, time to talk about what nobody is saying. So like the Model S’s autonomous drive, this bot works well only under certain conditions.

The biggest one is that they asked it to play a 1v1 using one particular champ, the same one its opponent was using: Shadow Fiend. No bottles, no runes, no raindrops, no shrines, no soul rings – basically, they are taking all the variation out of the game.

I don’t think this puts an end to eSports, not even close. First of all, using a bot sounds as illegal as a remote-control F1 car. Secondly, Dota 2 is played by teams, not as a 1v1. The balance of such games with tens or hundreds of champions is adjusted very often. So a team of bots would probably have to play a million games to reach pro level. Sure, it might be difficult now, but in 2030, the computing power in your phone might be enough to do it.

Looking beyond video games, if this A.I. can beat somebody who spent at least 12,000 hours practicing, what’s stopping it from competing in something simpler? Could it beat a professional poker player? Yes. Could it make profits trading stocks better than any man could? I bet Elon would love that. 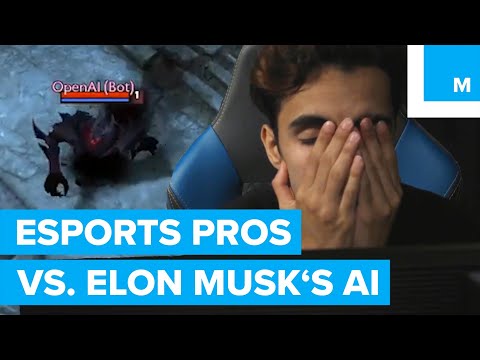 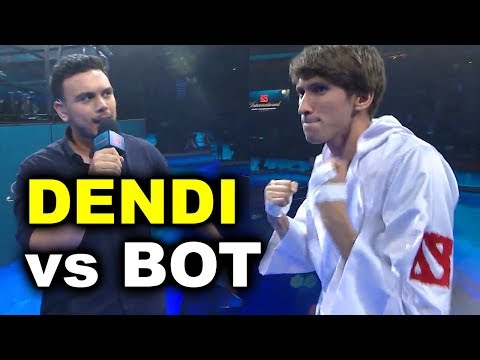