You are at:Home»Top Stories»Dreamers Without DACA Protection Will Be Driven Onto the Black Market in Jobs

This article first appeared on the Cato Institute site.

On Tuesday, President Trump through his Attorney General Jeff Sessions announced the Deferred Action for Childhood Arrivals (DACA) program, which allows young unauthorized immigrants to live and work legally in the United States.

According to the Department of Homeland Security, it will shut off all new applications with immediate effect and allow those who currently participate in the program to continue to renew their applications for two years for the next six months until March 5, 2018.

After that, the administration will accept no more renewals. 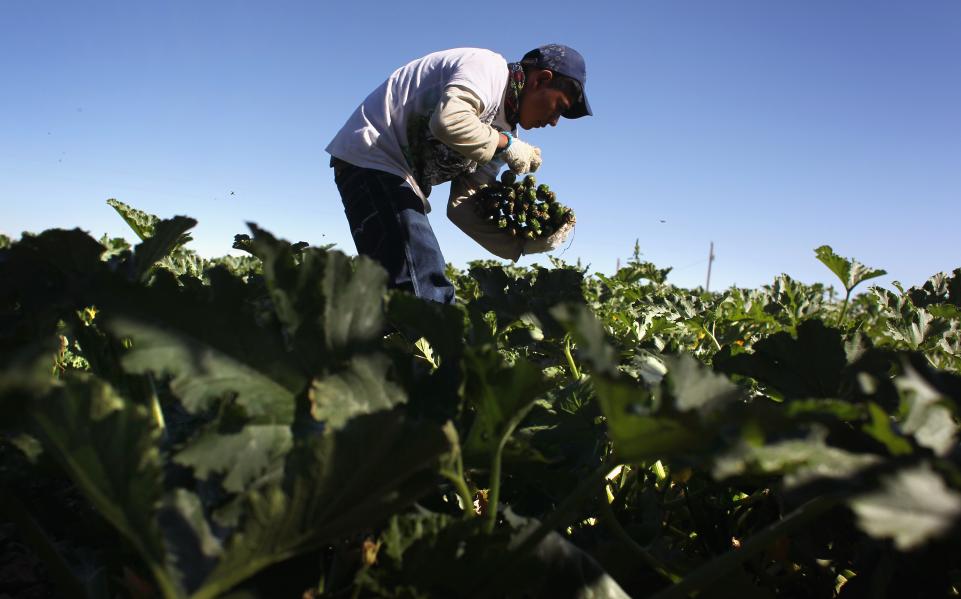 A migrant farm worker from Mexico harvests zucchini while working at the Grant Family Farms on September 3, 2010 in Wellington, Colorado. The farm, the largest organic vegetable farm outside of California, hires some 250 immigrant workers during the peak harvest season. Owner Andy Grant lamented that the issue of illegal immigration has become politicized nationally. ‘They feed America,’ he said. ‘They should not be victimized.’ Grant said his workers start at $7.25, which is the minimum wage in Colorado. John Moore/Getty

As I have explained previously, most DACA recipients receive 2-year “deferred action” forms that prevent their removal during that period as well as 2-year employment authorization documents that allow employers to hire them legally.

The government will process currently pending new DACA applicants, so it is likely new participants will continue to enter the program until the end of the month.

President Trump will reportedly not attempt to reclaim these authorizations immediately on March 5. He will instead allow them to expire “naturally” at the end of their validity periods.

U.S. Citizenship and Immigration Services only releases data on DACA approvals and renewals on a quarterly basis, so it’s not possible to give precise month-to-month figures, but we can obtain a rough picture of how the program will wind down.

As Figure 1 shows, the six-month delay will allow 24.7 percent of all DACA recipients, or 196,510, to renew their permits before March 5. This is a big deal for the 108,000 beneficiaries who received 3-year renewals under the attempted DACA expansion in late 2014 and early 2015.

All of their permits would have expired without the delay, leaving them worse off than if they had received a two-year renewal, which they could have extended in late 2016 or early 2017. 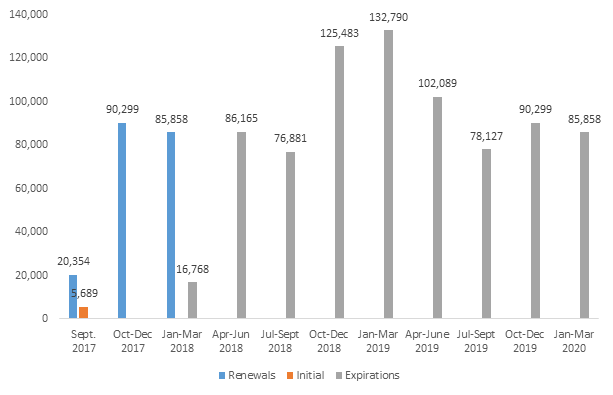 Source: USCIS Data Set: Form I-821D Deferred Action for Childhood Arrivals. April 2017 to September 2017 figures are not published yet and are projections based on the number of two-year renewals in those months in 2015.

Three quarters, however, will not benefit at all from the six-month delay. Some 592,000 permits will expire the same as if the program ended today. 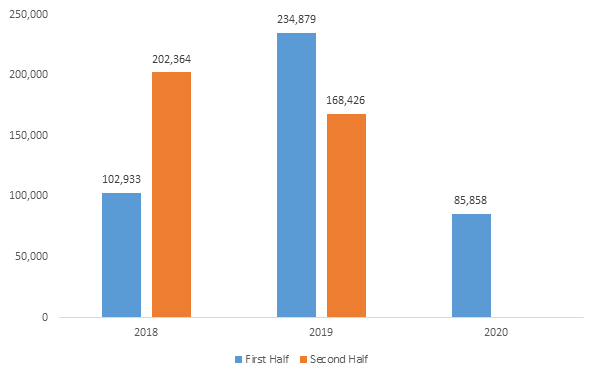 The administration has said that DACA beneficiaries will not become priorities for removal after their permits expire. Without employment authorization, they will be forced into the black market for jobs, and according to the administration’s new expansive priorities, anyone who works under a false name or borrowed identity is priority for removal.

Already ICE has an indiscriminate policy of taking “enforcement action” against any unauthorized immigrant it “encounters,” which would include Dreamers it finds during raids targeting their parents. In order to prevent this from happening Congress must find a legislative solution.