You are at:Home»Top Stories»Dolly Parton Has Controversial ‘9 To 5’ Reunion At Emmys, Angry Fans Erupt On Twitter Over Jabs At Trump 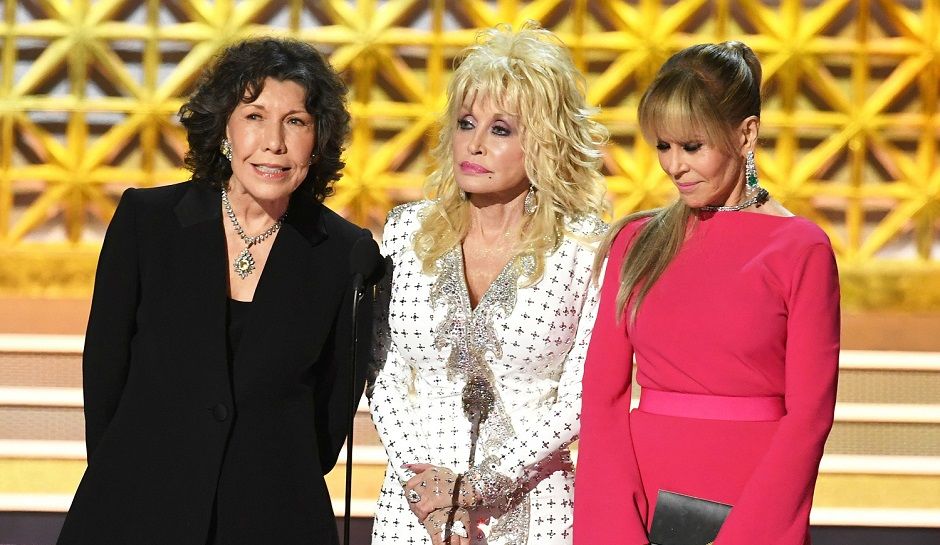 Country music icon Dolly Parton took to the stage to present an award at the 2017 Emmys on Sunday night, and her fans were excited to know that she would be a part of the festivities. However, some of them ended up being quite disappointed in their favorite singer after watching her stand alongside Jane Fonda and Lily Tomlin while they appeared to mock Donald Trump.

Actress Jane Fonda started it off by saying, “In 1980, we refused to be controlled by a sexist, egotistical, lying, hypocritical bigot boss.”

Dolly Parton was smack dab in the middle of the two outspoken women. She did not actually partake verbally in the supposed anti-Trump rant, but instead talked about how happy she was about being reunited with her co-stars and that she was there to have fun. Her seemingly surprised reaction to what Fonda and Tomlin had to say did not go unnoticed. Whether she knew that was going to happen or not, Dolly fans took to social media to extend their disbelief that she would have anything at all to do with it.

There were very harsh reactions, as many comments to Dolly Parton expressed their utter disappointment that she would stand there and not walk off the stage at that point. Comments such as “@DollyParton absolutely ashamed of you after last night at the Emmys. You are a disgrace and lost all credibility as a person” flooded Twitter.

In fact, some fans have told the country music singer that they are done listening to her music, while others are canceling their trips to Dollywood. There were people who are just glad that Parton did not actually participate. She stayed silent about what was said, and viewers were quick to notice that she may have looked a little uncomfortable during the jabs at Trump. 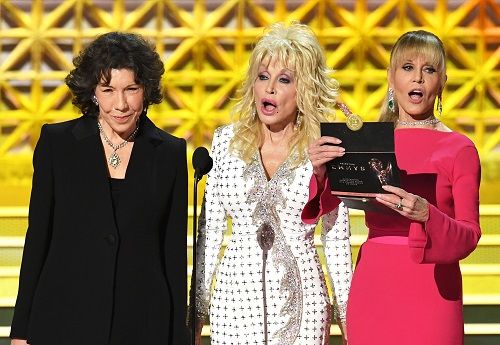 What was supposed to be a fun 9 to 5 reunion has gotten Dolly Parton in hot water with her country music fans. Do you agree with people who say that she should have just walked off the stage?