It’s been a year since Dell acquired EMC and the company highlighted progress in key areas in the second quarter. 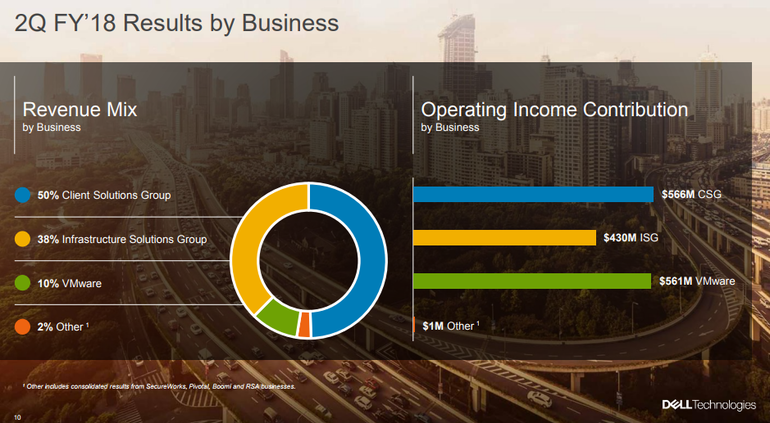 Dell Technologies delivered second quarter revenue growth of 7 percent in its PC business and 16 percent for servers and networking, and it inked a long-term infrastructure deal with GE as the primary IT supplier.

For the second quarter, Dell, which marked the one-year anniversary of acquiring EMC, reported a net loss of $978 million on revenue of $19.3 billion. Non-GAAP second quarter operating income for continuing operations was $873 million.

Dell’s GE deal highlights how the company is taking share in key areas. Dell’s client solutions group delivered second quarter revenue of $9.9 billion, up 7 percent from a year ago, with operating income of $566 million. Dell said it increased PC shipments by 3.7 percent and saw strong growth in notebooks. 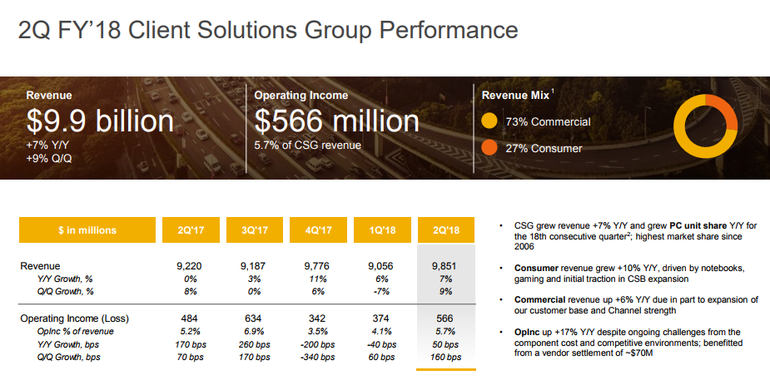 According to the company, Dell EMC, the company’s infrastructure group (ISG), delivered revenue of $7.4 billion in the second quarter. Server and networking revenue was up 16 percent from a year ago. Operating income for the unit was $430 million. Dell EMC is repositioning storage for all-flash systems.

Like last quarter, Dell EMC is seeing softness in hybrid storage arrays, but growth in all-flash, hyperconverged, and software-defined systems.